Mario Madera-Rodriguez was the last of the accused to face a military court-martial in the death of Logan Melgar. 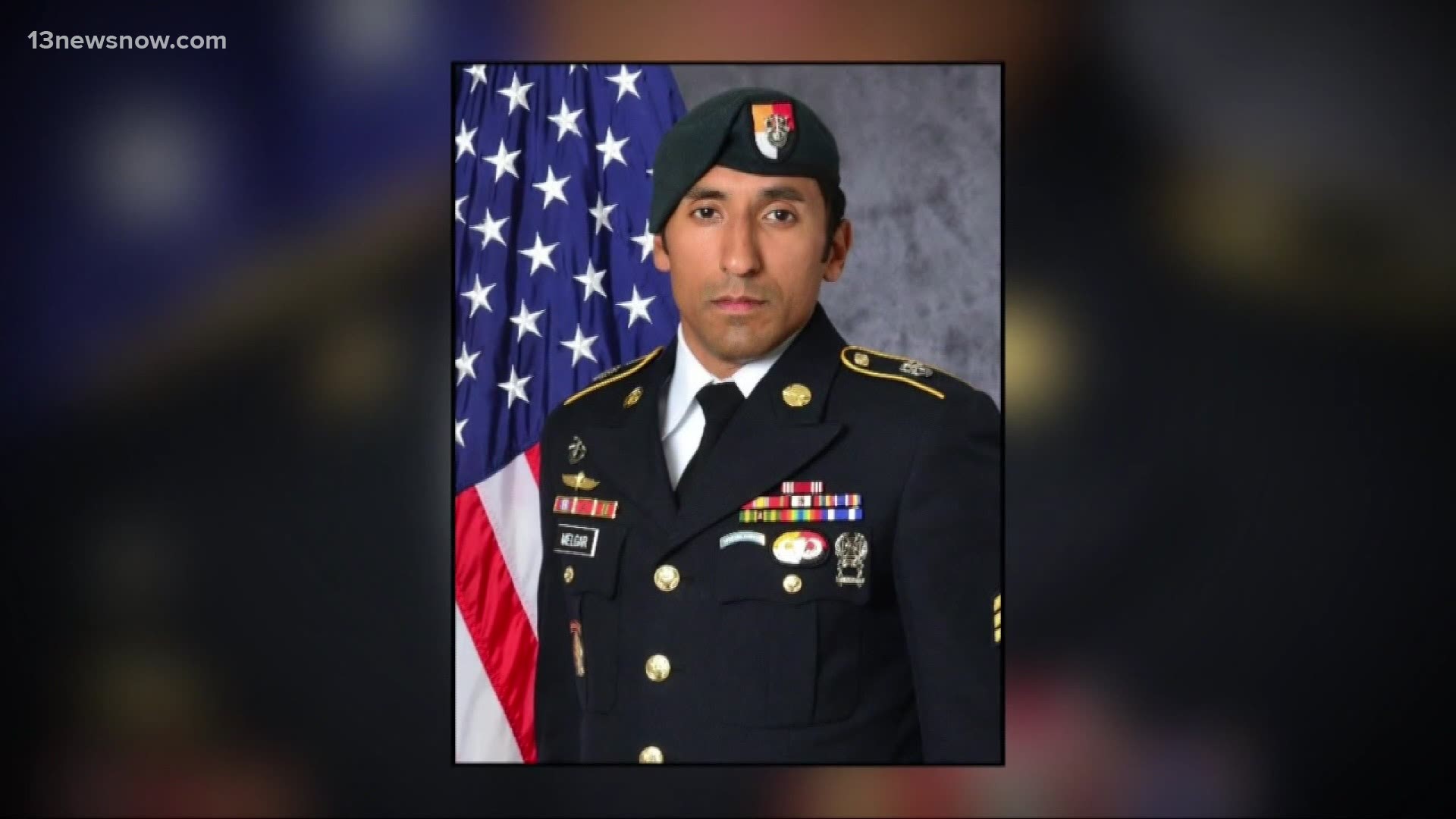 NORFOLK, Va. — To hear a military prosecutor tell it, U.S. Marine Mario Madera-Rodriguez was tasked with smashing open the bedroom door of a U.S. Army Green Beret with a sledgehammer and then turning on some music.

Another Marine was supposed to remove the Green Beret's mosquito netting from around his bed, the prosecutor said. A Navy SEAL would choke the Green Beret into unconsciousness, while a second SEAL would tie him up with duct tape.

"Their plan was to haze him that night, to humiliate him," Marine prosecutor Jason Samuel said Friday at the start of Madera-Rodriguez's murder trial at a U.S. Navy base in Norfolk, Virginia. "But they killed him."

The Green Beret, Staff Sgt. Logan Melgar, a native of Lubbock, Texas, died of strangulation. Madera-Rodriguez is one of four American service members charged in Melgar's 2017 hazing death in Africa, where the men were serving together.

Madera-Rodriguez, who belongs to a special operations group in the Marines known as the Raiders, is the only one of the four men to plead not guilty. The others have already made plea deals and may testify at his trial.

By fighting the charges, Madera-Rodriguez has prompted what could be a weekslong court-martial that will dissect a night in which prosecutors say some of America's most elite servicemembers betrayed one of their own.

Capt. Samuel, the Marine prosecutor, said the men were angry over Melgar's perceived slights during their time in Mali. In particular, some were upset that they missed a party at the French embassy in the capital city of Bamako because Melgar and the others got separated in traffic.

Their plan to teach Melgar a lesson grew as some of the angry servicemen retreated to a bar, then a club and then a shawarma restaurant, Samuel said.

"As the drinks began to flow," their designs for humiliation came to include a Malian guard at the base who would strip naked, wear a leash and a collar and pose next to an unconscious Melgar, Samuel said.

The prosecutor walked the jury of sailors and Marines through what he said happened that night, from Madera-Rodriguez smashing the door and "providing the soundtrack" to Melgar's strangulation to his body going limp from the Navy SEAL's chokehold.

"These four men weren't terrorists," Samuel said. "They weren't insurgents. They weren't local criminals. They were American service members, special operators ... who betrayed their fellow comrade, their brother in arms."

Madera-Rodriguez faces charges including conspiracy, murder and hazing. Opening statements made by his defense attorneys were closed to the public because they contained classified information. Defense lawyer Colby Vokey did not immediately respond to an email seeking comment Friday afternoon.

The case has already pulled back the curtain on alleged misconduct in America's special operations community while offering a brief window into how some have addressed grievances outside the law.

During his testimony in January, SEAL Tony DeDolph described the planned prank on Melgar as a "tape job." The plan had been to show Melgar a video of the incident sometime later.

DeDolph, who had applied the chokehold, pleaded guilty to involuntary manslaughter earlier this year and received a 10-year prison sentence. His attorney said he planned to appeal the punishment.

Adam Matthews, the other SEAL, and Marine Kevin Maxwell Jr. made plea deals and were sentenced to shorter terms in military prison.

Charging documents don't state why the service members were in Mali. But U.S. Special Forces have been in Africa to support and train local troops in their fight against extremists.