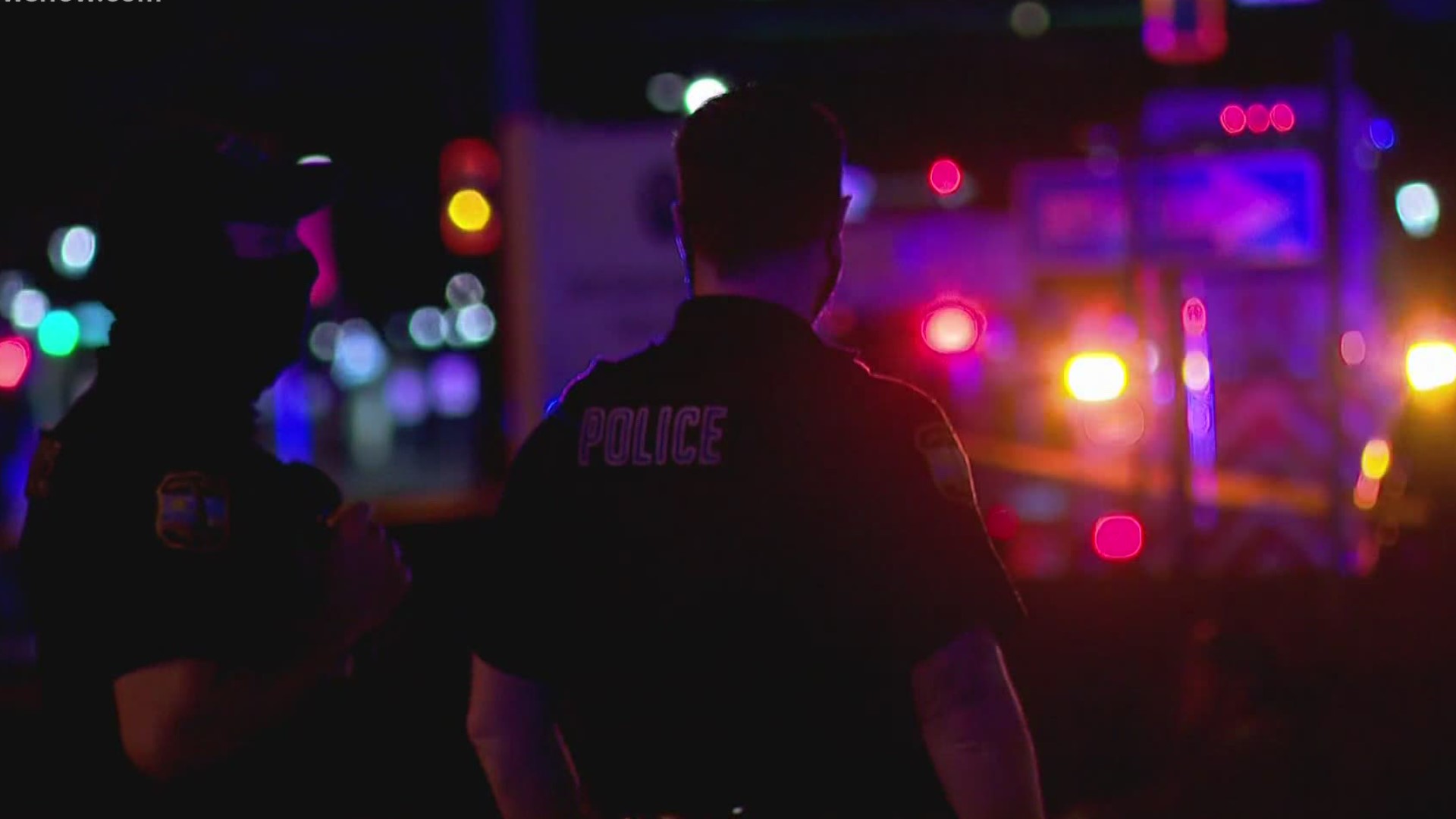 There were three incidents that night that happened blocks from each other. Ten people were shot, and two of them died.

In the Saturday update, Neudigate said Deshayla E. Harris, 29, from Norfolk, likely was killed after being struck by stray gunfire near the 300 block of 19th Street.

"We do believe that she truly is, at this point in time, an innocent victim," he said.

The chief said Harris' death still was "very much under investigation," and no arrests had been made so far in her case.

Three people were arrested and charged for a shooting at another location in which several people were hit by gunfire, but none died.

RELATED: 10 people shot, 2 of them killed at Virginia Beach Oceanfront

Neudigate said police officers still were in the "fact-gathering stage" of investigating the second death which came after a police officer shot 25-year-old Donovon Lynch.

In a tweet, VBPD said that the deadly shooting happened after the officer "encountered an armed citizen."

RELEASE UPDATE: Here is an updated release from the VBPD in reference to the overnight shootings at the Virginia Beach Oceanfront. https://t.co/qY9OQFFw67 pic.twitter.com/SMcCD6QoMh

At the news conference Saturday night, Neudigate said there was a gun found in the area in which Lynch died.

"Unfortunately for us, we don't have a whole lot of answers, and we would like to provide the community answers," he said. "What I can tell you is that there was a firearm recovered in the vicinity of where this incident occurred."

Neudigate said nvestigators didn't have evidence that the gun was owned by (or being held by) Lynch. There also wasn't any body camera footage of the shooting to review.

"The officer was wearing a body cam, but for unknown reasons at this point in time, it was not activated. That will be part of our administrative investigation, that will be subsequent to the criminal investigation."

He said investigators hadn't been able to interview the police officer who shot Lynch yet.

At the news conference, a representative from Black Lives Matter 757 asked why the officer involved in the shooting hadn't been arrested, pending the investigation. Neudigate said there was not probable cause for an arrest.

A reporter asked about what people could expect this summer, given that that the shootings came on one of the the first warm days of 2021.

"Our immediacy in making arrests and holding the individuals accountable that precipitated a lot of this activity should reassure the public," he said.

"This just happened to occur at the Oceanfront. Virginia Beach is incredibly safe. When you look at our numbers compared to other large cities, we are at the bottom. But we are not immune to the societal ills that afflict all cities."