School boards across Hampton Roads are cracking down on poor conduct at their meetings after a number of incidents. 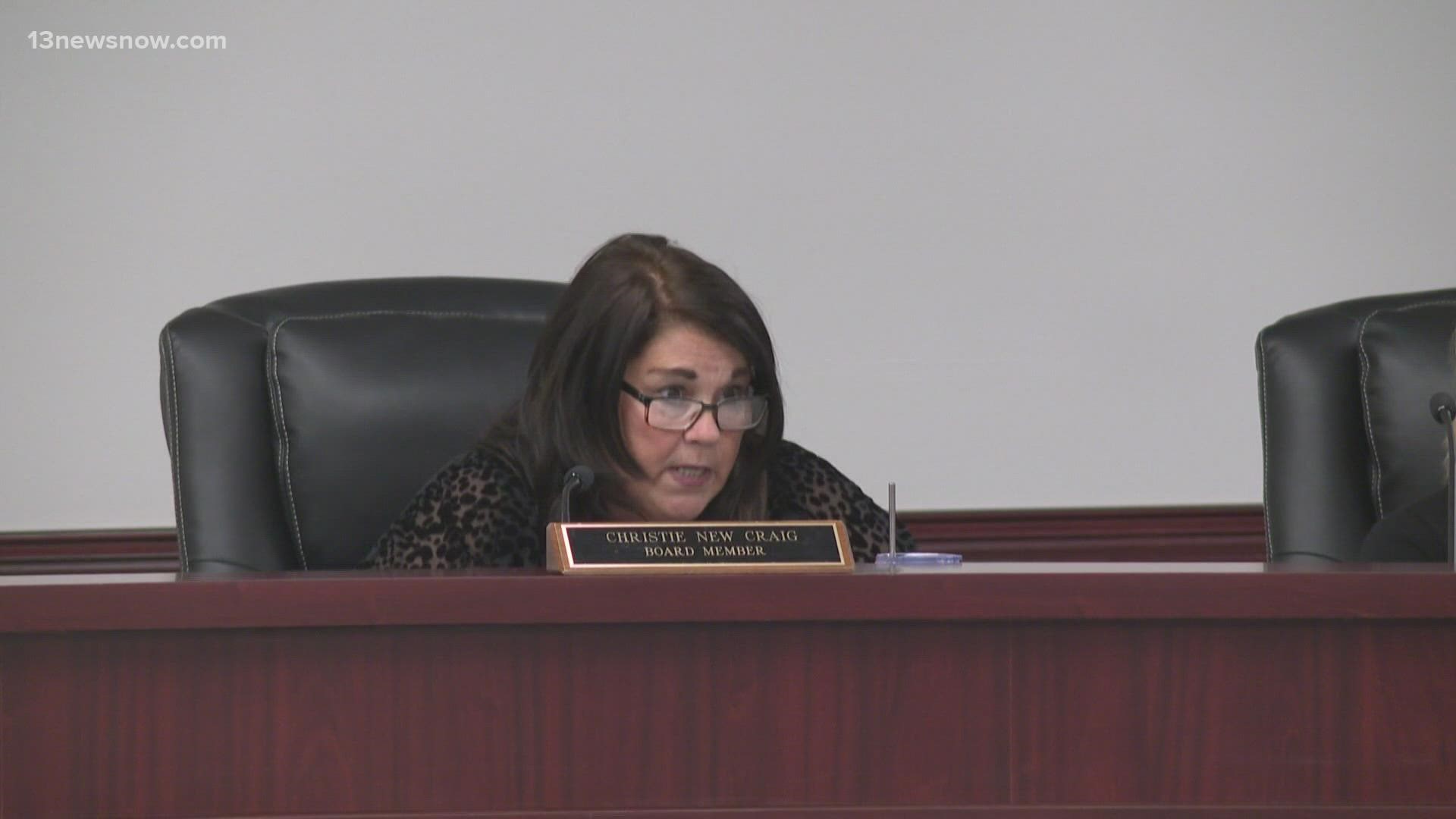 VIRGINIA BEACH, Va. — School boards across Hampton Roads aren't standing for bad behavior at their meetings, and they're putting new public comment protocols and safety measures into place to make it clear.

School division leaders said  an increase in the number of attendees and tensions at meetings led to the changes. Topics, including masking and COVID-19 vaccines, seemed to bring out the rowdiness of some speakers.

“Most of the people who come to speak to us are very passionate because it’s about their children, and I understand that,” said Virginia Beach School Board Member Beverly Anderson.

“We have had people who have basically said things that make you worry whether or not you are safe when you are leaving,” Anderson explained.

Board members said they are trying to limit disruptions and unpleasant exchanges. It was in August that the board chair, Carolyn Rye, said she sent warnings to out-of-line speakers.

Division officials increased security on nights when the school board meets. A spokeswoman for Virginia Beach City Public Schools provided 13News Now with this statement:

Since we returned to in-person participation during our school board meetings this year, there has been an increased security presence at the School Administration Building on those evenings. We have had a dramatic increase in the number of people who are attending school board meetings, compared to previous years. The logistics of handling more people while maintaining COVID-19 mitigation strategies has required more security for escorting guests in and out and assuring proper social distancing. And like so many school board meetings nationwide have experienced, we have also witnessed an uptick in passionate behavior that, in some cases, violated standards of decorum. This too has required more resources to ensure the safety of our staff, students and visitors.

Starting on Oct. 12 in Virginia Beach, speakers only have three minutes to address the board instead of four. Comments will stop at 8 p.m. and resume later in the meeting if there are more speakers.

An arrest at the Chesapeake School Board meeting disrupted things Monday night. Board members asked a woman to leave during public comment. Police said they arrested her because she wouldn’t go.

“Go through a metal detector and a bag search,” said Samantha Lester, a parent. “Just like you would see, a regular metal detector at the airport. If it buzzes, you’ll get wanded...”

Lester said people also get yellow cards before each meeting stating rules for addressing the board.

A spokesman for the school division said in a statement:

Chesapeake Public Schools believes that safety is a top priority at School Board Meetings. Due to the high number of attendees and rising tensions over topics discussed at school board meetings, CPS decided to make adjustments to our School Board Meeting safety protocols. Additional measures include the use of a metal detector run by the Sheriff’s office and a greater police presence at meetings.

13News Now reached out to all Hampton Roads school boards to see if they’ve adjusted any security procedures recently.

School divisions in Norfolk and Portsmouth said they have the same security presence as they've had.