Virginia will no longer require a witness signature for a mail-in ballot, but your ballot signature is as important as ever. 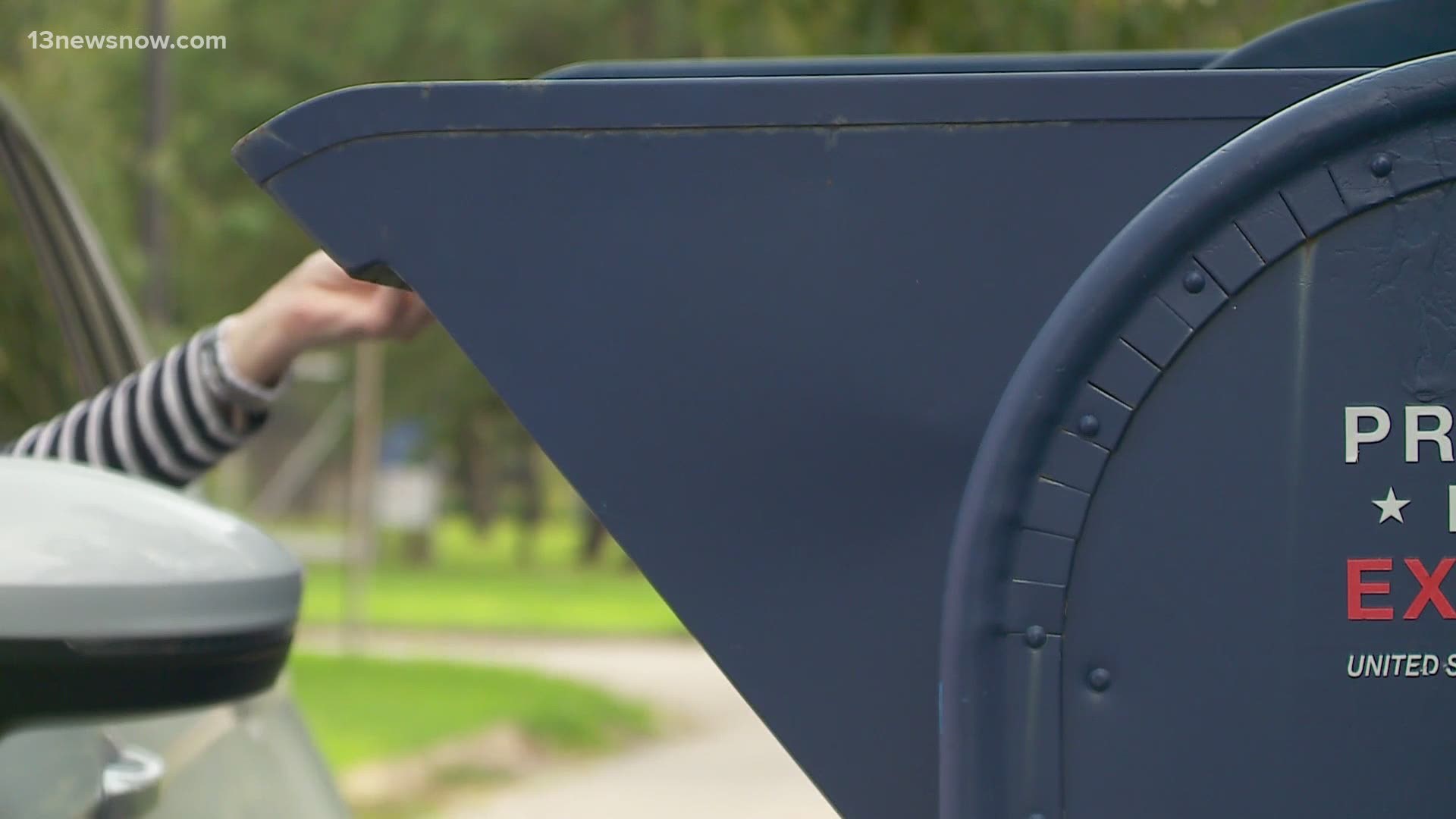 NORFOLK, Va. — Hampton Roads registrars are reporting record numbers of people requesting to vote by mail, which is now easier without the requirement of a witness signature.

If you vote by mail, you'll have to sign your name to verify it’s your ballot. Election officials then match your handwriting to one of your signatures on file If it doesn’t match, your ballot might not be counted.

13News Now Political Analyst Quentin Kidd said he believes this is a much more pressing issue than false claims of voter fraud.

“If you registered to vote eight years ago, 10 years ago and your signature has somehow changed for whatever reason and doesn’t match the signature on file, your ballot may not be counted, and you’ll never know that," Kidd said.

A 2016 election review from the U.S. Election Assistance Commission report  found that 50.5 percent of all rejected absentee ballots were discarded for signature problems, such as non-matching signatures or the lack of a voter or witness signature.

Kidd said that's a concern, with many more people expected to vote by mail this election.

“There’s a far greater, what we would call voter discount rate, for mail-in voting than there is for in-person voting," he said.

So, matching your signature on your mail-in ballot will be crucial for election accuracy in November.

In 2016, about one percent of all absentee ballots were rejected, according to the EAC report.

Currently, a witness signature is still required to vote by mail in North Carolina.