CHKD is seeing a post-holiday surge in MIS-C cases, syndrome linked with COVID-19

"We have seen more cases since the holidays than we saw from the beginning of the pandemic until Halloween," said CHKD Dr. Laura Sass. 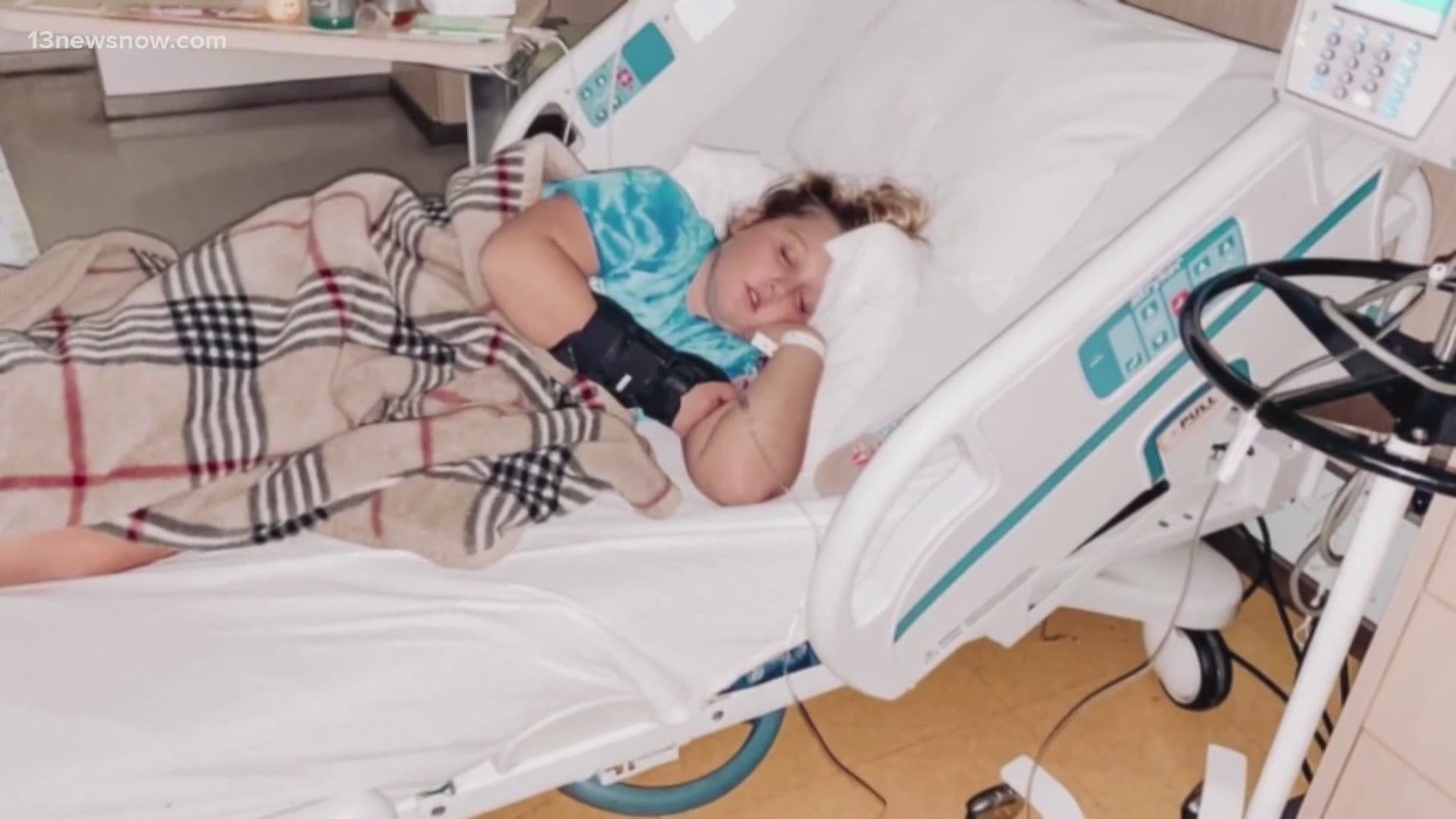 NORFOLK, Va. — There’s a concerning trend across the U.S. and in Hampton Roads. Cases of multi-system inflammatory syndrome (MIS-C) are surging at the Children’s Hospital of the King’s Daughters (CHKD).

CHKD has treated six MIS-C patients between December until now, a two-month period. Prior to December, CHKD treated seven patients with MIS-C between August through October, a three-month period. Sass and her team are seeing the cases more often.

“We have seen more cases since the holidays than we saw from the beginning of the pandemic until Halloween,” said Sass. “It can get very serious.”

Madison Perry, an 11-year-old in Chesapeake, was diagnosed with MIS-C in September. She ended up hospitalized at CHKD with a high fever of 105. Haley Robinson, her mother, said Madison was hallucinating, her vital organs were inflamed and she had abdominal pain.

“It inflamed her heart, so now that she’s going back to playing softball she gets winded easily," she said.

Robinson said her daughter’s cardiologist urged them to keep a defibrillator near Madison during her softball games in case of a medical emergency. Robinson and her husband continue taking time off work to take Madison to various doctor’s appointments.

Robinson said Madison’s cardiologist told them they can’t guarantee if her heart will return to normal in the long run.

For the devoted mom, MIS-C isn’t just about the number of people it has impacted, it’s about her little girl’s fight to return to normal life.

“One case is too many,” said Robinson.