All of the ships, the Bliss, Encore, and Spirit, are owned and operated by Norwegian Cruise Line. None of them has carried any passengers since at least March 24. 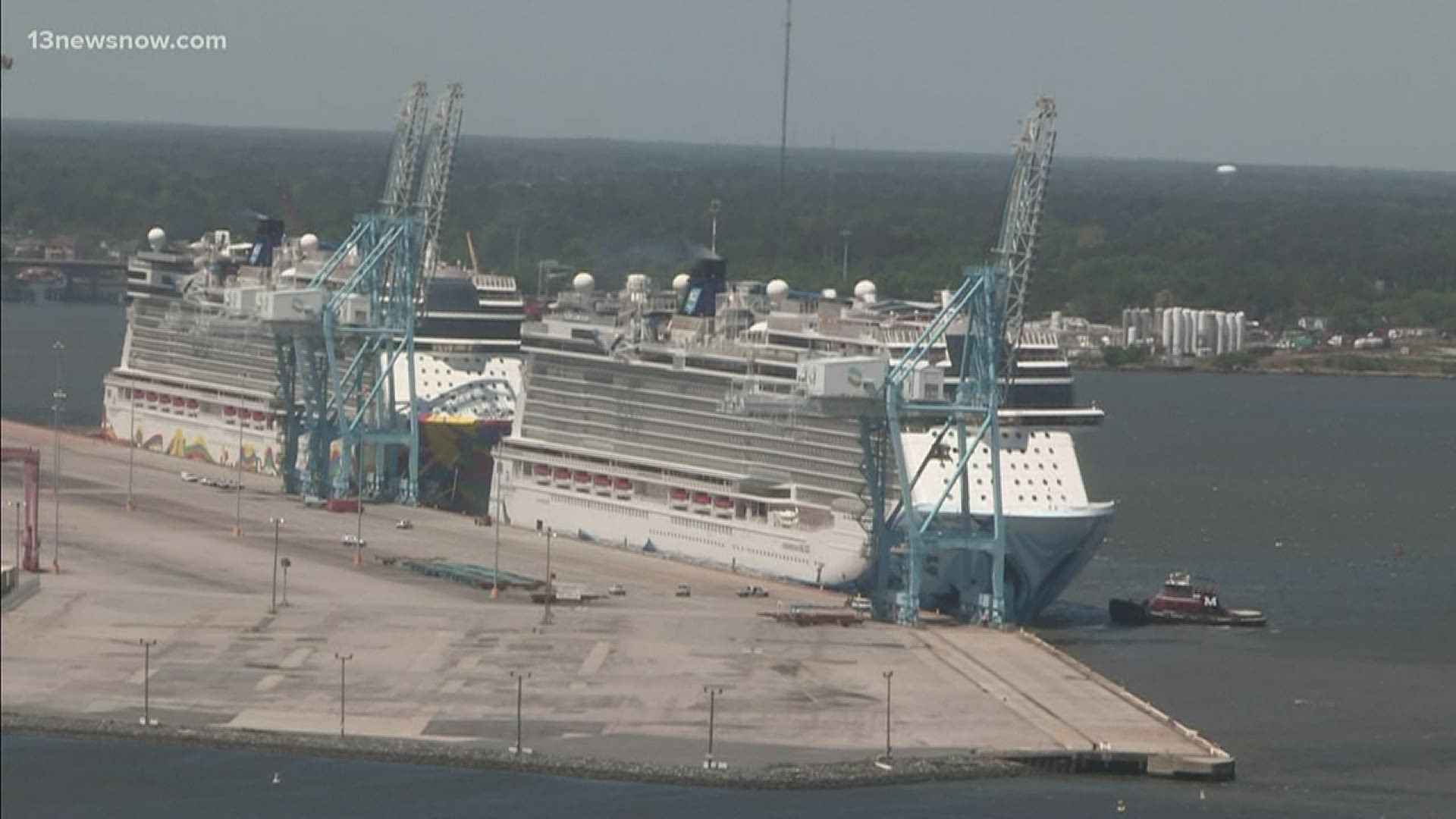 All of the ships, the Bliss, Encore, and Spirit, are owned and operated by Norwegian Cruise Line. None of them has carried any passengers since at least March 24.

All three have been rotating berth space in Florida with other cruise ships for the past month and are operating with minimal crews of 175 or less, which a spokesperson for the terminal described as a "fraction" of their normal crews.

According to information provided by the terminal, the Centers for Disease Control and Prevention (CDC) is requiring all crew members to stay on board the ships while they're berthed here, which went on to say: "This rule will be enforced by officers from U.S. Customs and Border Protection. Any requests for an exception must be made to USCBP and will be considered on a case-by-case basis in full consultation with the CDC."

In a statement, John F. Reinhart, CEO and executive director of the Virginia Port Authority said: “The cruise industry has been hit particularly hard by the COVID-19 outbreak and this is one way we can help a member of the larger maritime industry.

"We have told the cruise industry that we stand ready to help, to the extent that we can. These vessels need a place where they can tie-up, get fresh water, restock food, and service their systems. We’re ready to provide them a temporary place to call home,” Reinhart went on to say.

RELATED: Another cruise ship with virus victims docks in Florida

RELATED: Cruise ships must stay at sea with sick onboard, Coast Guard says