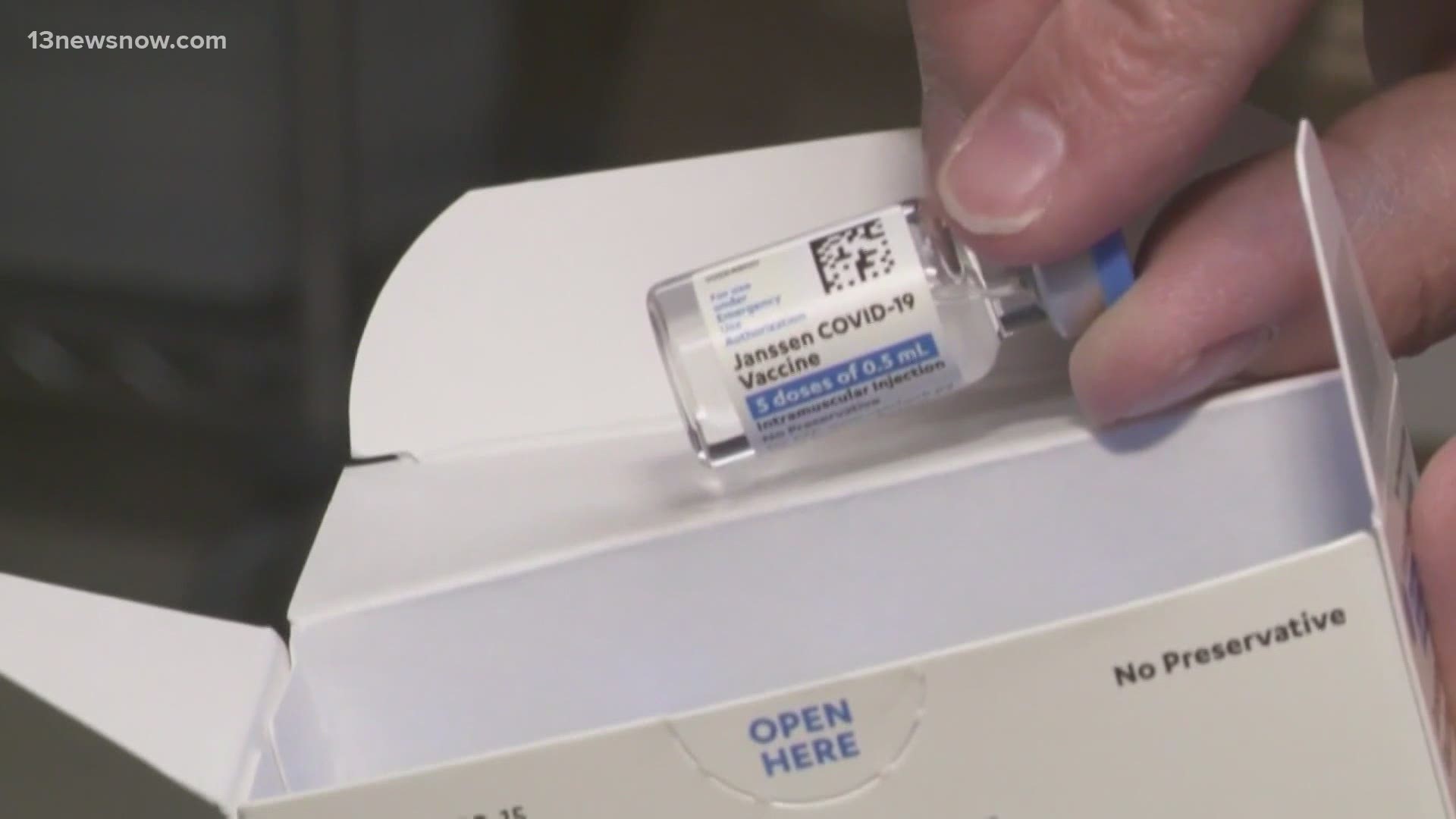 RICHMOND, Va. — A woman who died after receiving the Johnson & Johnson COVID-19 vaccine may have been in Virginia.

Authorities are awaiting further details and confirmation from the Centers For Disease Control, but authorities stress adverse reactions to the Johnson & Johnson vaccine are extremely rare. Six people out of nearly seven million have reported rare, blood-clotting side effects.

Virginia Vaccine Coordinator Dr. Danny Avula said the death happened last month and the woman may have been in her 30's.

“There is one case of an individual who passed away within a couple of weeks of getting vaccinated that does match up to this," he said. "We have a call into the CDC to confirm if that’s the individual who has been counted as a death here and if not, then should it be counted as an additional case.”

Another woman is in critical condition. Dr. Avula said they all suffered from severe blood clots and low platelets. But he said the incidence of the reactions is rare and the vast majority of people did not have severe reactions.

“Some people were asking, 'Why are we stopping with this few cases?' The answer is right now, vaccine safety is of the utmost importance,” he said.

He also noted other medications on the market have a higher risk of blood clots than the vaccine.

"This rate of side effects is actually far lower than you might expect from birth control pills, for example,” he said.

But he said it’s about securing trust in the vaccine and thoroughly investigating whether there are any issues.

Virginia Governor Ralph Northam also noted that he got the Johnson & Johnson shot.

“I took the J&J, a lot of my staff did," Northam said. "The number of individuals that had these issues is a small number. Close to seven million doses of J&J have been given. So we’re going to rely on the guidance of the CDC and the FDA. They will obviously investigate this.”

Cities in Hampton Roads are already pivoting. Future clinics that planned to use Johnson & Johnson will now use Pfizer or Moderna.

Acting FEMA Administrator Bob Fenton said in a statement regarding the mass clinic at Norfolk's Military Circle Mall: "...effective immediately FEMA will stop administering this vaccine at our pilot Community Vaccination Clinics, as well as via our Mobile Vaccine Units. We are working with our state partners to determine the path forward and find alternative vaccine options for these sites.”

A spokesperson for a mass vaccination site in Virginia Beach said the last time they used Johnson & Johnson was on April 7. They administered shots at the convention center and a smaller pod in the community for the homeless population. The pod was given the choice of which vaccine they wanted.

A Chesapeake Health Department spokesperson said they had no plans to use the Johnson & Johnson vaccine in the coming weeks so the pause is not “affecting them imminently.”

Dr. Avula said the pause could last days to weeks, depending on what federal authorities discover as they research the available data surrounding the shot and the side effects.