'If this were a hurricane, we'd be wiped out' | Peninsula leaders express frustration over slow vaccine rollout

County and city leaders across the Peninsula are expressing frustration together in a letter about the lack of vaccine availability in their regions. 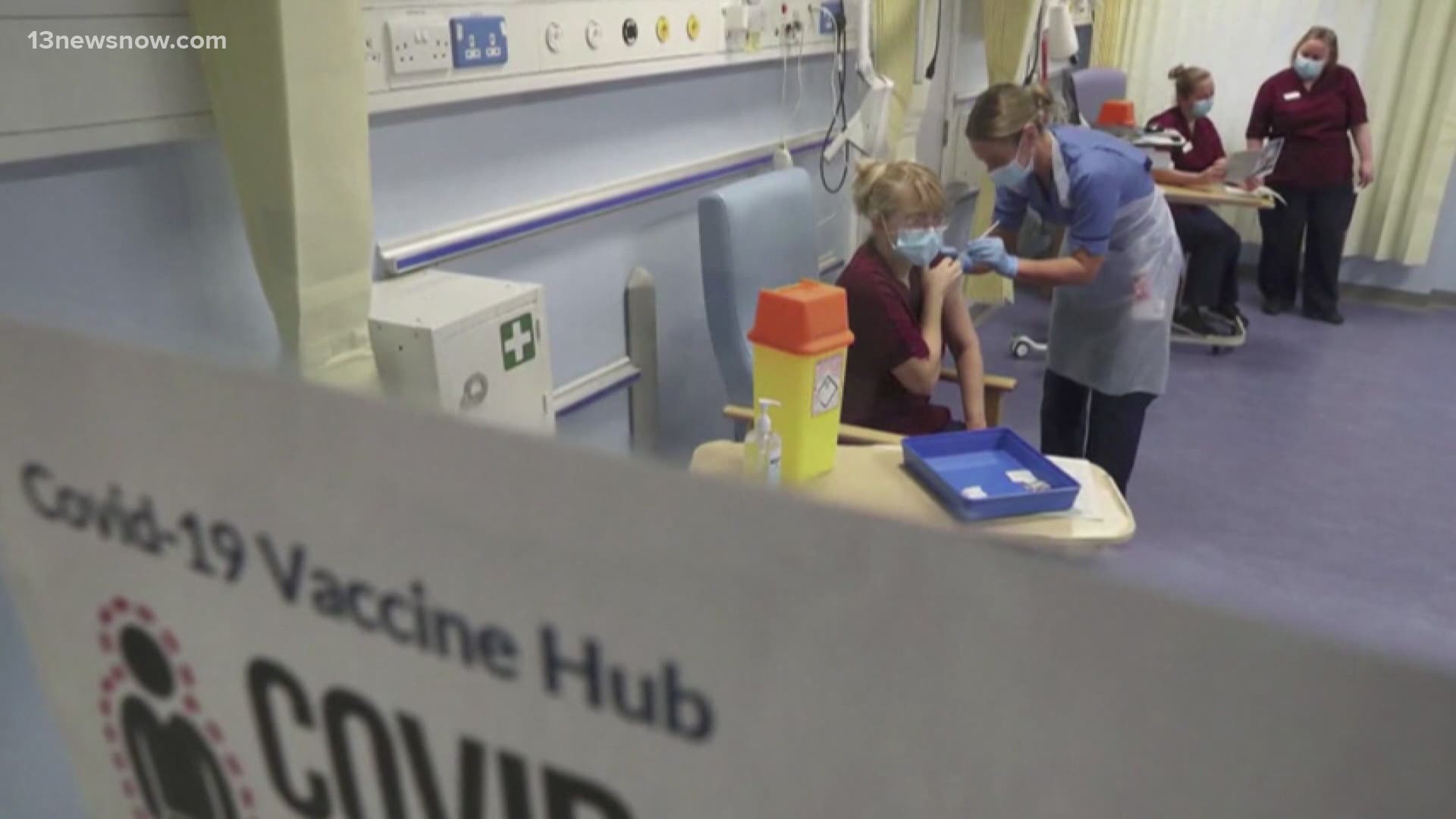 County and city leaders throughout the Peninsula teamed up Monday to voice their disagreement with how the vaccine rollout is being handled in Virginia.

Michael Hipple, the chairman of the James City County Board of Advisors, was one of the officials who is frustrated. He said the region didn't have a plan before the vaccine arrived.

"It's not rolling out as quickly as it could," said Hipple. "We know the health department is working hard with the small staff they have, but there seems to be not a true plan in place."

In the letter to the public, officials jointly wrote in part:

We have submitted these plans to the VDH for review, guidance, and ultimately approval. We expect this to occur this week, and we are hopeful that our clinics will receive the first doses of the vaccine in short order. This will allow the localities to assist VDH and the health systems in vaccinating our citizens according to the CDC’s phased plan."

According to the City of Williamsburg HUB COVID-19 Dashboard, James City County received more than 2,500 doses of the vaccine.

Hipple said the local hospital systems have been trying to get more doses in, but many of the requests have been put on hold.

He said his team's biggest concern was to get the emergency response crews, as well as the elderly community, vaccinated in time.

"Our board is very concerned with our citizens," said Hipple. "We are very frustrated that this is taking as long as it's taken to get out."

Hipple said city and county leaders have been working with the Virginia Department of Health to get a few vaccine clinics set up in major areas, but it would take time to get their approval.

He said once the clinics are up and they receive more doses, that's when they can finally move on to Phase 1b.