Rep. Scott Taylor on final day in office: 'It's the honor of my life'

When 13News Now sat down for the final interview of his term, Scott Taylor revealed his most memorable moments and some regrets. 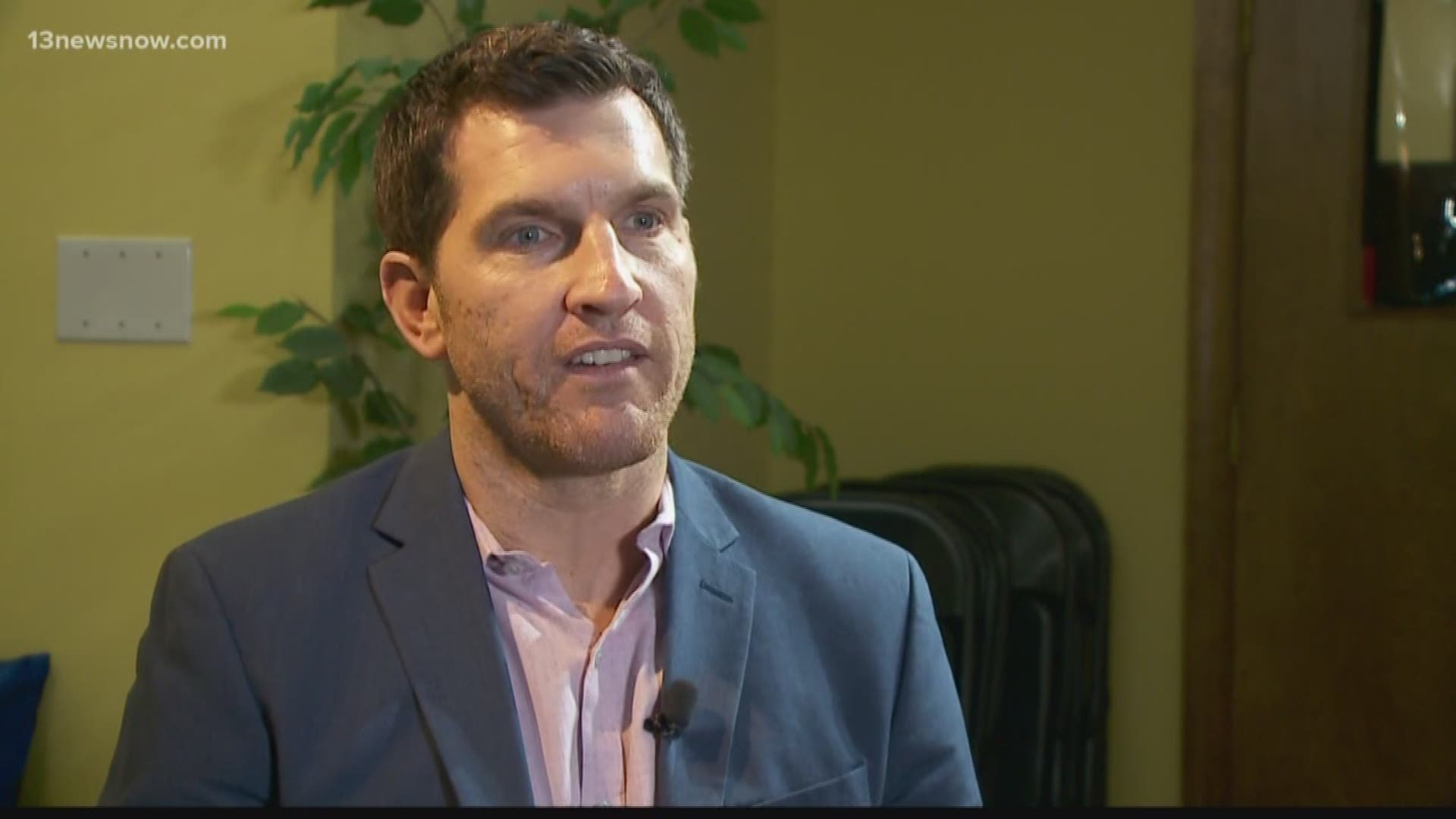 After a bitter campaign, Democrat Elaine Luria ousted the Republican freshman. Luria will be sworn in on Thursday.

“We understood this is a two-year gig,” Taylor said. “My first thing to my constituents is, 'thank you for the opportunity to serve you. To serve you, and this state, and this country.' It's the honor of my life.”

Taylor shared one of his first memories as a congressman on the first days walking in the Capitol.

“I saw this quote on the wall,” he said. “I couldn't tell you where it is because I was lost that day. It said, 'you are the rulers, and the ruled.' When you think of that in the context of democracy, it's very, very true. You are beholden to the folks that send you there.”

He also holds onto moments from the very end, like when he was with Ashanti Billie's parents as the bill named after their daughter passed the House.

“They were standing in the Capitol, and watching the vote pass was a very emotional moment for them, and for me,” Taylor remembered.  “It's my job as a representative of the people to step up and to get things done and help folks, no matter if it falls in my parameters of what I'm trying to get done or not. I'm proud of my team for jumping into action.”

Taylor told 13News Now he is not someone who harps on the past, but there are some things that will stay with him.

“My regret on the campaign side would be trusting people that I thought that I could trust,” he said. “Then some of my own decisions, of course, that you have to take responsibility for 100%.”

Taylor was referring to the petition issue, which plagued his re-election bid. His campaign is accused of forging signatures to get an independent spoiler candidate on the ballot.

13News Now asked Taylor what we would have done differently.

“We just would have not had any involvement whatsoever,” Taylor said. “I would have made a decision right away not to do that. Obviously, that's a regret and something you have to take responsibility for.”

“We've had some good offers in different paths, and that's what life's all about, right,” he added. “Once a season is done, then there's all these potential paths you can go down, which will have an impact on you and your family and whatever your future is.”

As far as his future goes, Taylor said he hasn't closed any doors, including the possibility of running for re-election again, running for another seat, or taking a position in the White House. He believes his service isn't done.