VADOC confirms that it is releasing offenders who tested positive for coronavirus as part of its new early release program. 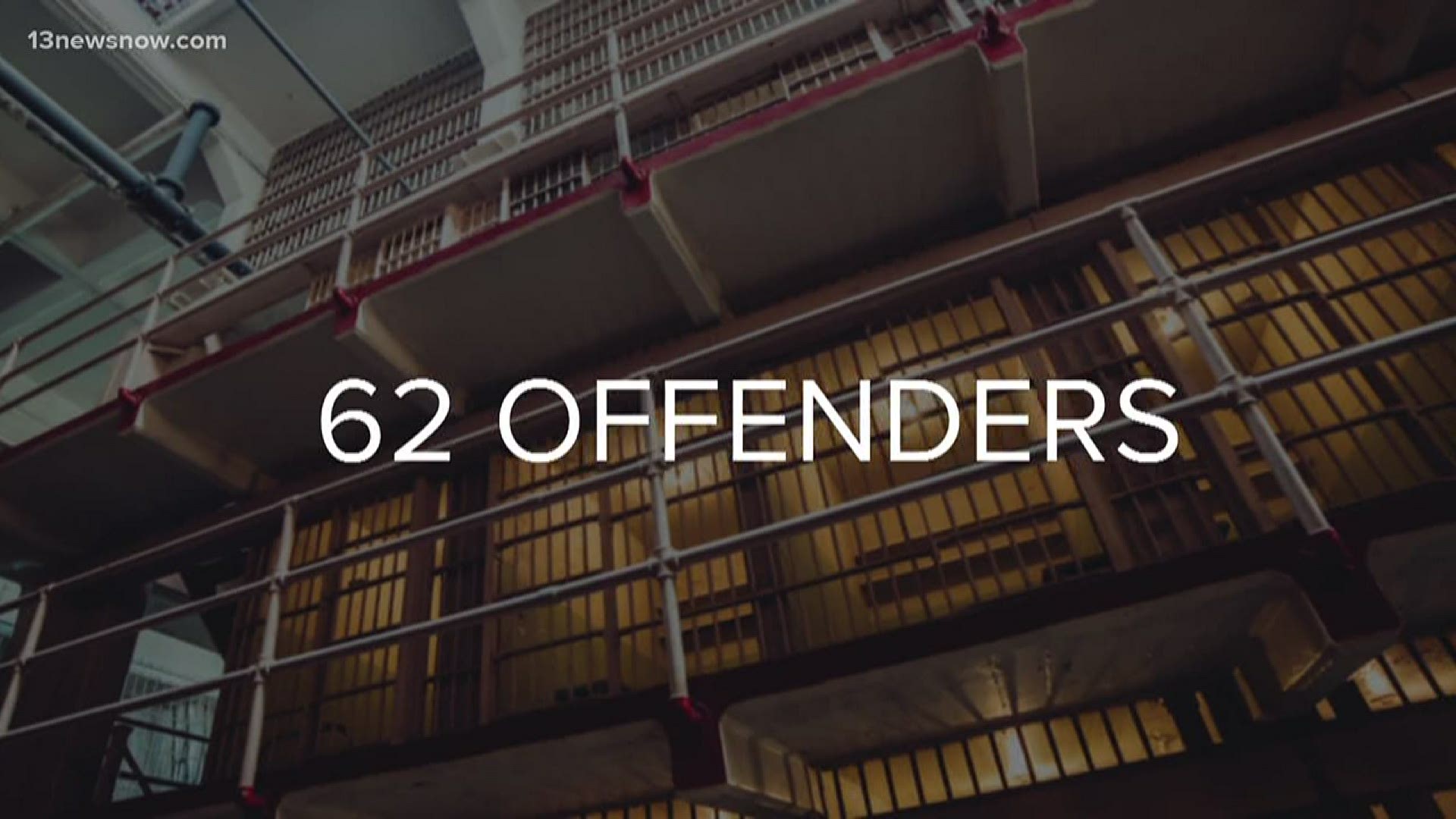 NORFOLK, Va. — The Virginia Department of Corrections says it is releasing inmates who have tested positive for coronavirus as part of its early release program intended to help correctional facilities respond to mounting cases of COVID-19.

The VADOC Early Release Plan says it must be "compatible with the interests of society and public safety."

“I think that’s ridiculous, you held them all this time while they’re healthy and then it’s like okay, we don’t want you to make a mess of our process," said Gary Raven, brother of an inmate in Virginia. "It's crazy, it's ludicrous.

VADOC reports 62 offenders have been released from correctional facilities since the early release program started on April 22. The program prioritizes discharging non-violent offenders with less than a year left on their sentences.

The early release plan says the inmate’s medical condition will be considered, but it does not say anything about inmates being released after contracting COVID-19.

13News Now asked VADOC multiple times on Tuesday for an interview explaining the early release policy after a department spokeswoman confirmed that the agency is releasing inmates who tested positive for coronavirus. The spokeswoman did not respond.

However, on Wednesday, the agency put out a statement about its Early Release Plan and what offenders have been released so far:

“No offender with an active COVID-19 case has been released under the Early Release Plan. A very small number of offenders have completed their sentences and have been released after testing positive for COVID-19. When a COVID positive offender's release date comes, our policy is to coordinate the release of the COVID positive offender with the Virginia Department of Health (VDH). Homeplan development takes into account the offender's living situation given their COVID status, and we coordinate with our P&P office that will receive the offender.  The DOC cannot hold offenders past their release date due to a medical condition, including a COVID-19 diagnosis.”

VADOC reports 364 offenders have tested positive for coronavirus in its facilities. Tonya Breedlove said that number includes her husband at Deerfield Correctional Center.

“My concern is will my husband be next, that’s the harsh reality of this virus," Breedlove said. "Will he survive? Will the other people survive?”

Breedlove said inmates, even if released, aren’t to blame for contracting the virus.

“The inmates are in so they’re not going out to get the virus, the virus came into them," she said.

Breedlove, Raven and others said the public has a right to know about the release of inmates who have tested positive for coronavirus.

"Not only are you in danger yourself but you could be putting other people, your children in danger," Raven said.

RELATED: Coronavirus threat to jails: 'If it gets in, it's going to spread like wildfire'