One man dead, two injured in shooting at RiffHouse Pub in Chesapeake

One of the men shot died from his injuries, police said. He was identified as Jahliq Taylor, 20. The two other men shot suffered life-threatening injuries.

CHESAPEAKE, Va. — Chesapeake police are investigating a shooting at the RiffHouse Pub that left one man dead and two hurt on Saturday night.

The shooting happened sometime after 10 p.m. in the 2000 block of Bainbridge Blvd.

One of the men shot died from his injuries, a police spokesperson said on Sunday. He was identified as Jahliq Taylor, 20.

Amanda Bell, one of Taylor's friends, tied balloons and flowers in front of the RiffHouse Pub after hearing about his death.

Bell said Taylor was at the pub to perform one of his songs.

"He was excited for last night," said Bell.

"It just shouldn't have went the way it went. It's just heartbreaking he was young," said Bell.

The other two men have life-threatening injuries. 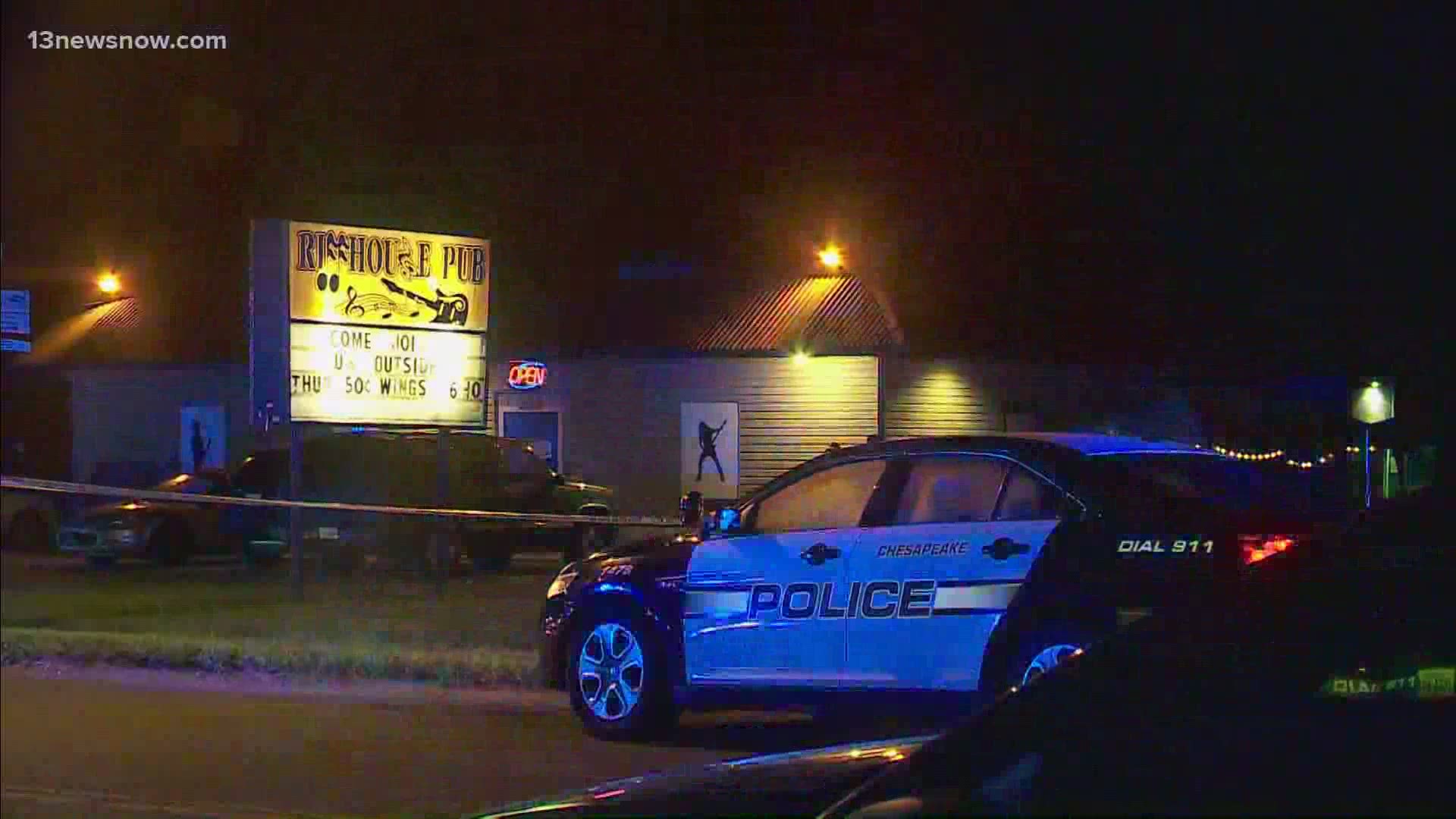 Police taped off the parking lot surrounding the RiffHouse Pub on Saturday. It was an active scene with multiple police vehicles.

Gun fire brought people out of their homes. One of them was Judah Stein.

"I thought it was over, so I actually came to see what happened and by the time I got here to the corner there were about six to seven more shots fired off and I saw some," said Stein.

"I saw the flashes from the gun and a couple of cars pulled out of this parking lot."

Some of those bullets hit homes. One of them went through a front door, a window shutter leading into a kitchen and a side gate.

Anyone with information about this incident is asked to call the Crime Line at 1-888-LOCK-U-UP.