Mary Christian was the first African American and first woman from Hampton to be elected to the state legislature. She served for nine consecutive terms. 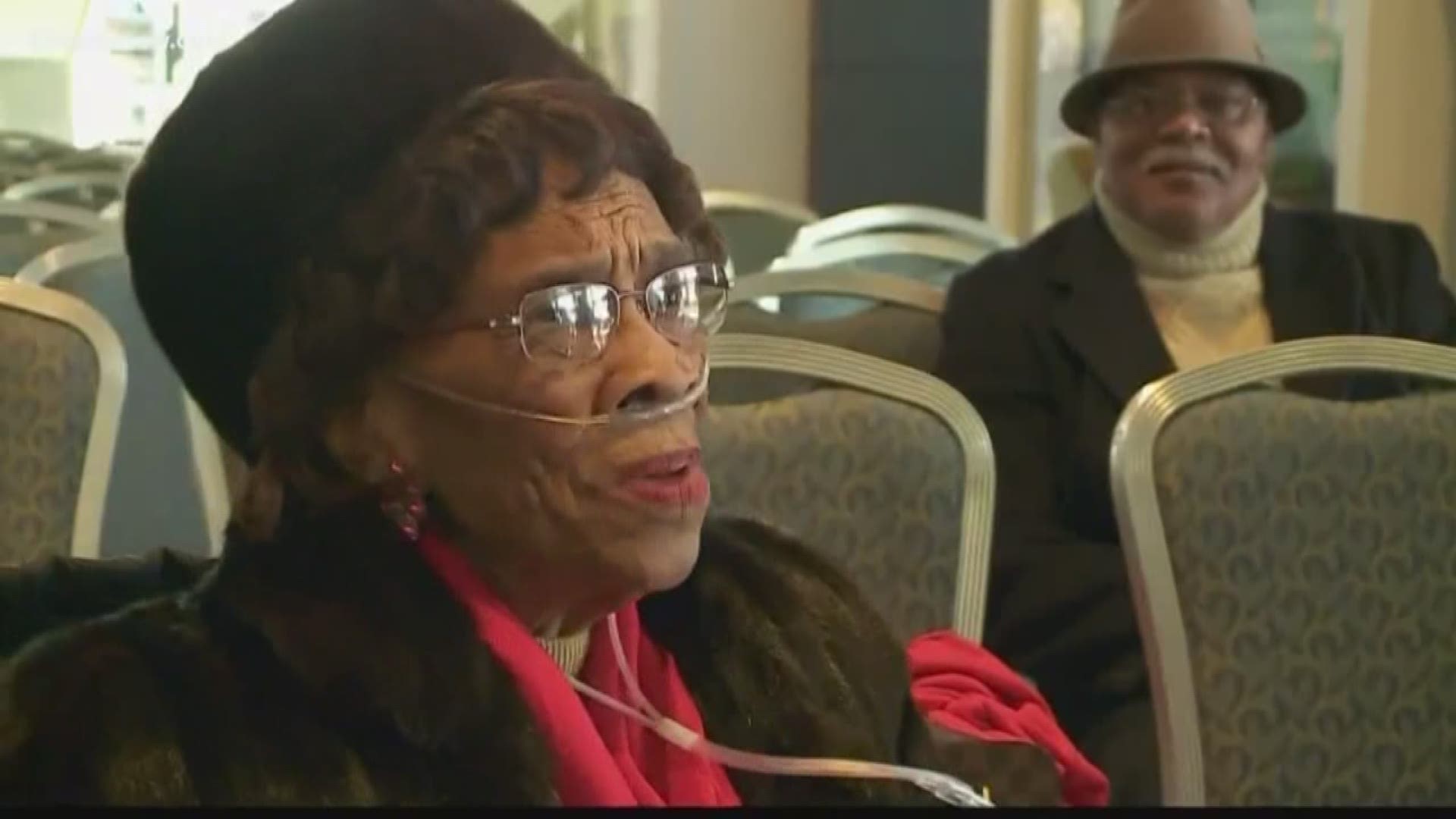 HAMPTON, Va. — Former state delegate and educator Dr. Mary T. Christian passed away at 95-years-old, according to her family.

Christian was the first African American and first woman from Hampton to be elected to the state legislature, post Reconstruction. She served nine consecutive terms representing Virginia’s 92 House District.

She was born and raised in Hampton, Virginia. She started her academic career at Hampton Institute, now Hampton University, where she later returned as Director of the School of Education, rising to Dean of the School of Liberal Arts and Education before retiring as professor emeritus.

She has been honored in many ways across Hampton including having an auditorium named in her honor at Thomas Nelson Community College.

No funeral service information has been released at this time.

“I am saddened to hear of the death of former Delegate Mary Christian.

Delegate Christian, known as Dr. C., was an unfailing advocate for her district and her constituents. Her work as an educator, from elementary school teacher to dean of Hampton University, gave her a deep perspective on education issues. She was a trailblazer, serving as the first black woman on the Hampton School Board.

As a legislator, Dr. C. worked to promote better education and health care for all. She advocated for more support for students with disadvantages or disabilities, as well as underserved students in gifted programs. She sponsored legislation that created the Minorities in Teaching program and worked to encourage more teachers from minority groups. And she pushed to improve health insurance coverage for a variety of health issues.

Dr. C. leaves a deep legacy of leadership and advocacy in her community and in the state, and she will be missed. My heartfelt sympathies go out to her family and friends.”

“I was saddened to learn of the passing of Dr. Mary Christian.  As an educator, the first black woman to serve on the Hampton School Board, and a longtime member of the House of Delegates, Dr. C. was a pillar of the Hampton community.  She dedicated her life and career in service to others and was a powerful voice for the voiceless.  During her time in the House of Delegates, she was known as a champion for education.  As one of the few African Americans to be appointed to the influential House Appropriations Committee, Dr. C. worked to ensure that our schools and universities were well funded.  I will personally miss her counsel, mentorship and friendship.  My thoughts and prayers are with her family and the countless lives impacted by her life’s work.”

"From her time as an educator, to her work in the House of Delegates, Dr. Mary Christian dedicated her career to serving her community and making our Commonwealth a better place. She was a good friend and an even better champion for Virginians. She will be missed."

“There was no greater champion for education than Delegate Mary Christian. While we are so saddened by her passing, we can all celebrate the amazing life Dr. C lived and her tireless advocacy on behalf of her constituents and students. My thoughts are with her family and the Hampton community.”

"On behalf of the Hampton School Board, we extend our sincere condolences on the passing of former Hampton School Board member and highly respected educator, the Honorable Dr. Mary T. Christian.  She will be remembered for a legacy that consisted of values, integrity and equality.  Her passing most certainly leaves a void not only in our community, but in the public education arena as well."