Police said Vanessa Dasilva's mother left her inside the unlocked SUV at a Wawa in Western Branch. Someone jumped in the SUV and took off with it and the baby. 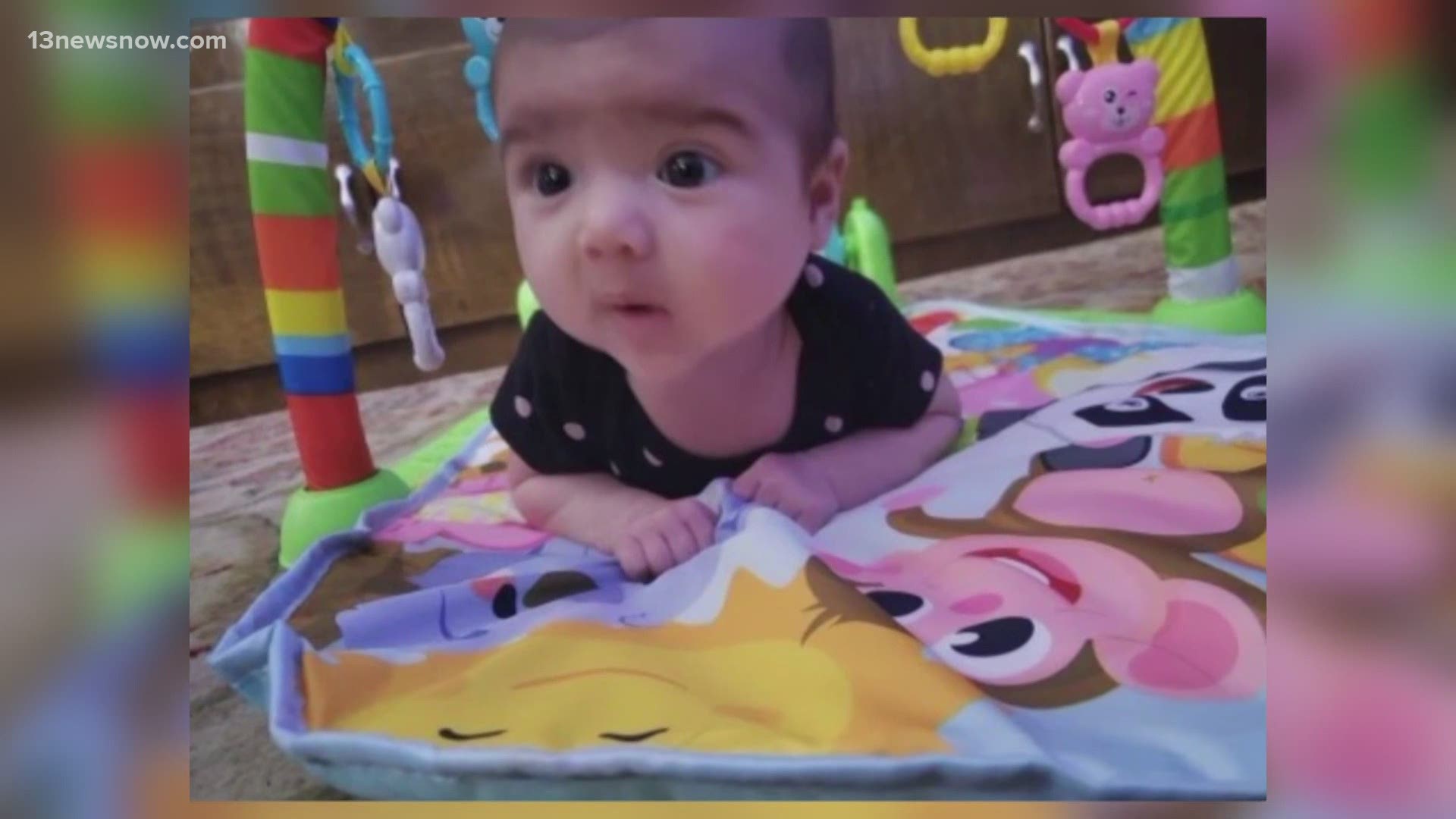 Officers were called to the Wawa convenience store in the 3400 block of Western Branch Boulevard for a report of a vehicle theft and abduction on Wednesday morning. An Amber Alert was then issued around 8 a.m.

About an hour later, State Police and the Chesapeake Police issued the update that baby Vanessa had been found and the Amber Alert was canceled.

Officer Leo Kosinski said she actually was found "long before the Amber alert went out," due to the Virginia State Police's hotline being down while Chesapeake Police were reporting the missing baby. They were trying to report her missing around 7 a.m.

According to Chesapeake police, baby Vanessa was located abandoned in Norfolk.

Investigators learned Vanessa's mother left the baby in her SUV around 6:20 a.m., while the doors were unlocked. That's when someone jumped into the driver's seat and took off while the baby was inside. The mother wasn't there at the time of the vehicle theft.

Vanessa was found in her baby carrier around 6:50 a.m., but Chesapeake police didn't know she had been located until later, when the Norfolk Police Department notified them.

She was found by a woman who was getting home from work in the 1600 block of West Little Creek Road, Norfolk Police spokesperson Sgt. William Pickering said. The suspect abandoned the baby in her car seat. Police are still looking for the person who stole the car.

She appeared to be unharmed and was taken to the hospital "for precautionary measures."

Michelle Stuhlmiller, a neighbor who lives down the street from the baby's mother said she got the alert but had no idea it was for her neighbor's child.

"It made my heart sink. It made me say a little prayer for the mom and the baby that it would work out,” said Stuhmiller. "It could’ve been any one of us. I've left my kids in the car to run in for a second to get gas.”

Later Wednesday morning, police found the stolen car -- a 2017 Hyundai Tucson with Virginia tags VXX-1085 -- in the 400 block of Timothy Avenue. That's nearly two miles away from where the baby was found. Chesapeake detectives have processed the vehicle as evidence.

“It makes me feel a little bit better about humanity, even a car thief knew not to hurt a baby," said Stuhmiller.

13News Now spoke to the baby's mother at her home. She said she was glad her baby is safe and thanked the woman who found her daughter in Norfolk.

She said she parked right in front of the gas station store and went inside to quickly buy something. When she came back, the baby and car were gone.

"I learned my lesson. Never again," she said.

The suspect is described as a black male who was wearing a gray hooded sweatshirt, black jeans, and white sneakers.

Norfolk Police is working with Chesapeake authorities to find the suspect.

Kosinski said Vanessa's mother isn't facing any charges at this time, but the incident is still under investigation.