Virginia State Police identified the man killed in the crash as 18-year-old Jahsani Jean-Baptiste of Chesapeake. 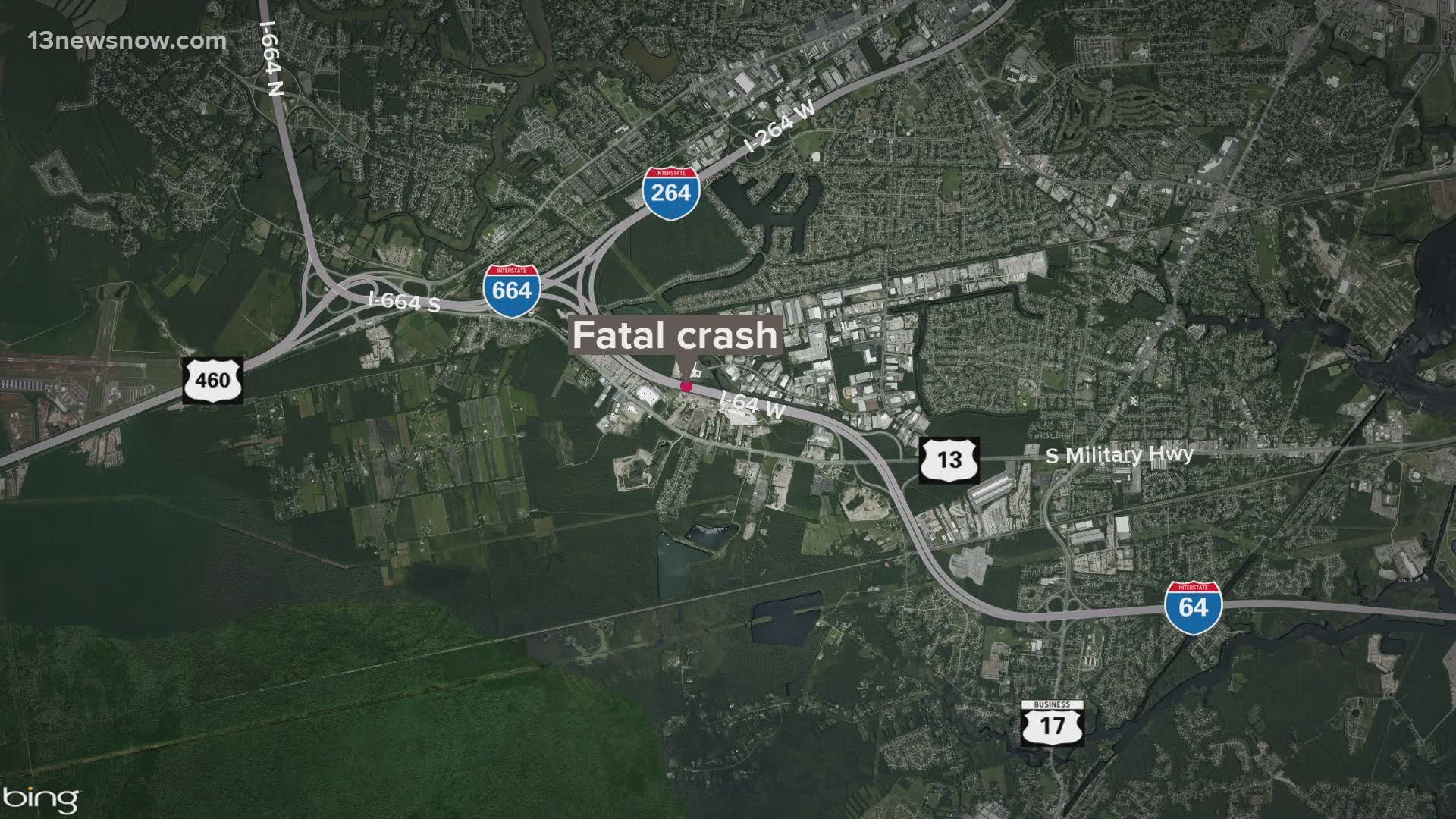 CHESAPEAKE, Va. — A person was killed in a crash early Sunday after one driver led Chesapeake police officers on a pursuit. Authorities are still looking for the driver.

On Wednesday, Virginia State Police identified the man killed in the crash as 18-year-old Jahsani Jean-Baptiste of Chesapeake.

One of the officers from the Chesapeake Police Department said he was watching over the area where Interstate 64 and 464 splits off. That's when he saw a 2016 Chrysler 200 speeding with no headlights on.

The officer believed the driver could have been under the influence and initiated a traffic stop. The driver of the Chrysler initially complied and pulled over.

However, when the officer attempted to walk up to the car, the driver sped off -- going eastbound on I-64. The Chesapeake police officer then began pursuing the fleeing driver.

Once the car got to the split of I-64 and I-264, traffic was stopped for a crash that Virginia State Police was actively working on involving a 2005 Honda Accord and a 2013 Toyota Scion.

According to a State Police spokesperson, the Chrysler ran into the back of the Honda, which then struck the Toyota. The impact caused the Honda to catch fire and become fully engulfed.

Jean-Baptiste, the driver of the Honda, died at the scene. The two occupants of the Toyota sustained minor injuries.

Officers have not provided a description of the driver at this time. VSP is currently investigating the incident.

If you know anything about this incident, please call the Crime Line at 1-888-LOCK-U-UP.