The Chesapeake City Council amended the language and voted to become a Second Amendment "Constitutional" City. 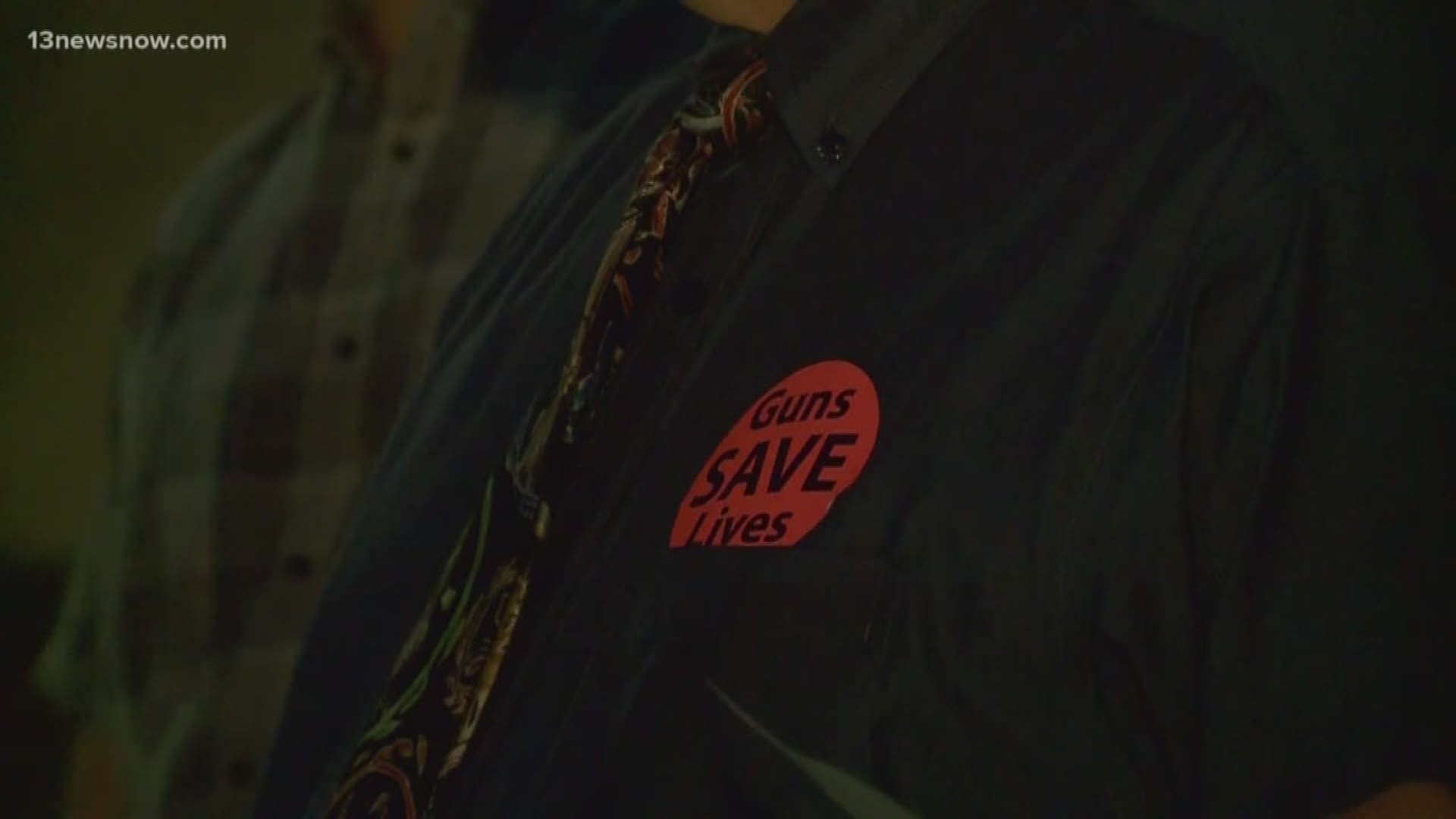 The resolution passed by a unanimous vote. The language change indicates that the city is dedicated to protecting citizens' constitutional rights.

It was proposed by council member Robert Ike.

A larger than normal crowd showed up to the meeting. Most of them supporters, including Mayor Richard West.

"I believe you will leave here tonight with confidence that your council will do everything within our powers to preserve the rights granted to us by both the united states constitution and the constitution of Virginia," West said.

One supporter said, "We the people may form a militia. We may get together and practice, and in doing so we may become well regulated."

But some of the people don't want Chesapeake to become a Second Amendment Sanctuary.

"I don't need any of you people in here to defend me," said one of the speakers.

The resolution came about after the city council email started overflowing with requests.

"The city council e-mail boxes have been overflowing with supporting e-mails asking the council to support the second amendment resolution," Ike said. "There are several we're getting that are asking us not to but they're definitely in the minority."

This all comes ahead of the 2020 legislative session in Richmond when it's expected that the Democratic-controlled General Assembly will make changes to current gun legislation.

"If this does pass this is something that can go all the way through the United States Supreme Court," Ike said. "We realize this is simply a message to our state legislators that we don't want this, we are very much against this. And hopefully, they will take that into consideration when they debate and vote on this issue."

Governor Ralph Northam introduced a set of gun control bills in July, about a month after the mass shooting at the Virginia Beach municipal center. However, Ike said the bills aren't something he can't get behind.

"I think there's a lot of people out there who with a stroke of the governor's pen could become felons overnight," he said.

In recent days, multiple Hampton Roads localities have considered or passed similar resolutions. On December 3, the Gloucester County Board of Supervisors unanimously passed a resolution.

Dozens of people recently stood outside a Virginia Beach City Council meeting to voice their support for a resolution in their locality even though it wasn't on the council's agenda.

Nearly 600 people packed Suffolk City Hall on December 4, with many asking for City Council to take up a Second Amendment Sanctuary resolution.

Second Amendment Sanctuary resolutions have been passed by other municipal governments around Virginia, more than 40 so far.

However, in comparison to state law, these resolutions appear to just be symbolic gestures.

Ike wasn't always for sanctuary cities, but he explained, this is a different issue.

Back in 2017, he requested a resolution declaring Chesapeake is not a sanctuary city. It was in response to concerns over illegal migration.

"One is the sanctuary city for illegal immigrants where the city government is saying we're not going to follow the federal law - they're not advising homeland security when they have an illegal alien in their jail they're getting ready to release – that's ignoring the law. That is not what we're doing here in Chesapeake," Ike said. "We don't talk about ignoring the law, we talk about doing everything within the law to protect the rights of our citizens in Chesapeake."