The victim, who was stabbed multiple times, suffered serious injuries. The suspect has been arrested. 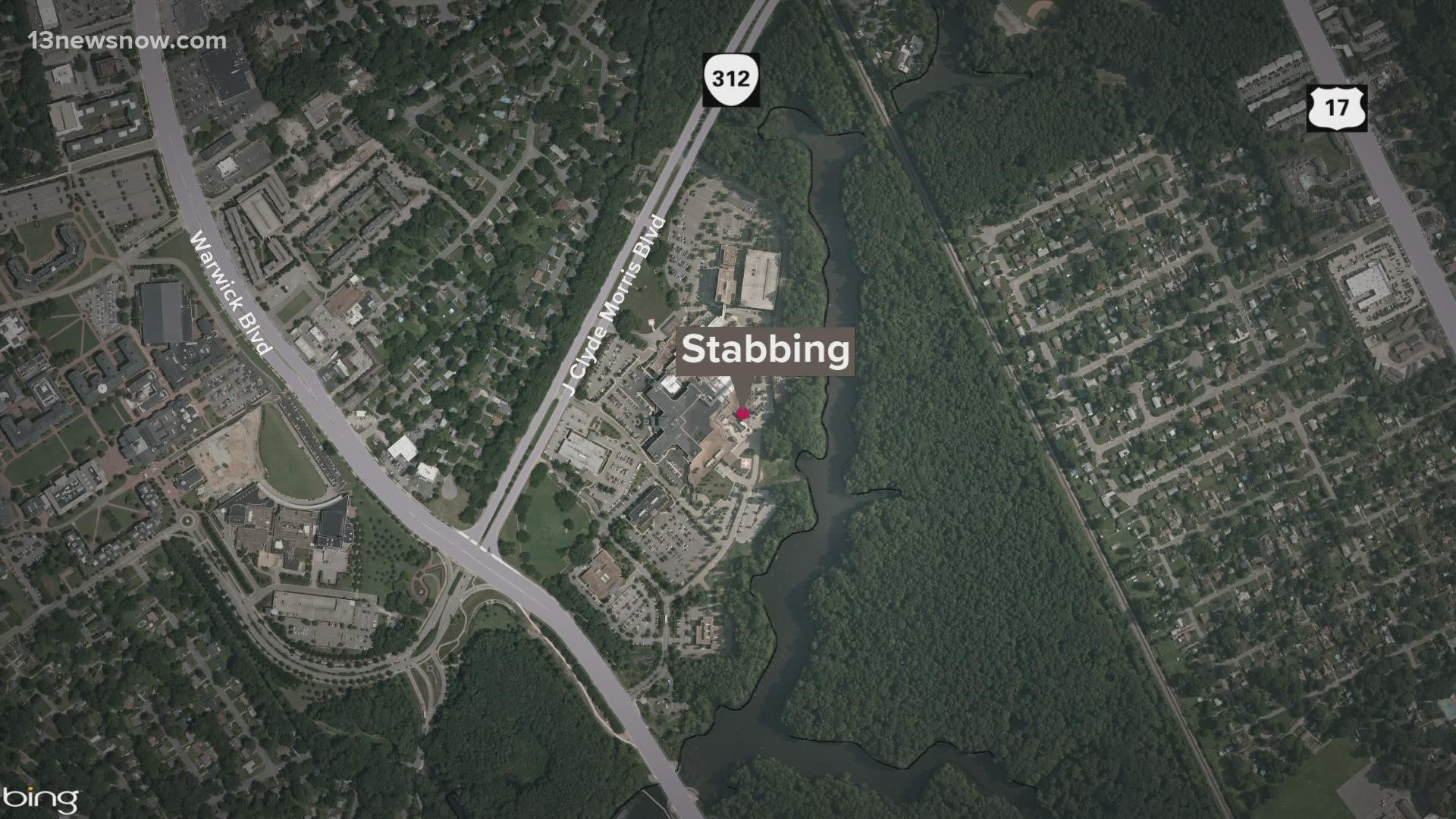 NEWPORT NEWS, Va. — A nurse at Riverside Regional Medical Center in Newport News is recovering after police say he was stabbed multiple times by a hospital patient.

According to Newport News Police, officers were called to the hospital shortly after 12:30 a.m. for a report of an officer needing assistance.

Officers arrived to find the victim, a 65-year-old Hayes man, suffering from multiple stab wounds. The victim is a nurse at the hospital, and a spokesperson for Riverside said he had been assaulted by a patient in the hospital's emergency department.

The victim suffered serious injuries and is reportedly in fair condition.

The patient, 40-year-old Ricky Beachum of Chesapeake, was arrested and charged with malicious assault, assault: shoot/stab in the commission of a felony, and battery on a health care provider.

We are thankful for the quick response of our ER team, the Newport News police and others during this event. We are currently focused on supporting our ER team as they process the events that occurred last night, and ensuring the ongoing safety and welfare of our patients and team members.

Police have not said what led to the assault on the nurse, but are continuing their investigation.