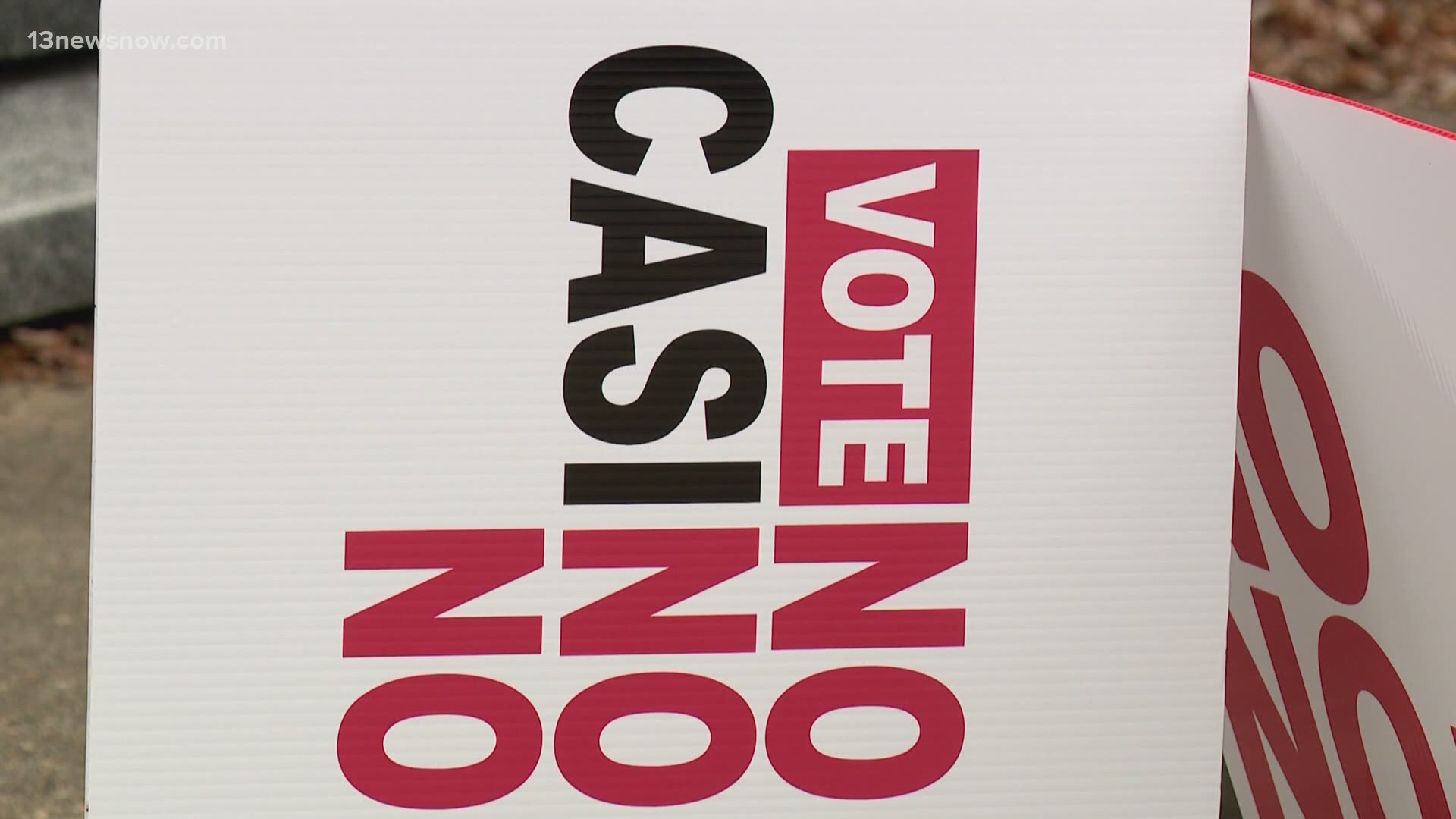 NORFOLK, Va. — A group is renewing its push to stop a casino from being built near Harbor Park in Norfolk.

The "Vote No Committee" is urging residents to vote against the proposal. They gathered outside on the steps of city hall on Thursday. A spokesperson told us they are not anti-casino, they just don't like "this proposal" and the way city leaders agreed to it.

They want more transparency and input from the public.

"We want people to vote no and say the city: one, needs to not do it in this location outlined in the ordinance. Two, they need to go back to the drawing board and making sure they're doing a service to the residents of Norfolk," said Jackie Glass.

A spokesperson for the team that's building the casino was also at the news conference. He said it will bring thousands of jobs and millions of dollars to the city and its schools.

The referendum is on the November 3rd ballot.