Norfolk police said three men were shot on Feb. 27 in the 500 block of Timothy Ave. One of the men didn't survive and the other two are expected to be okay. 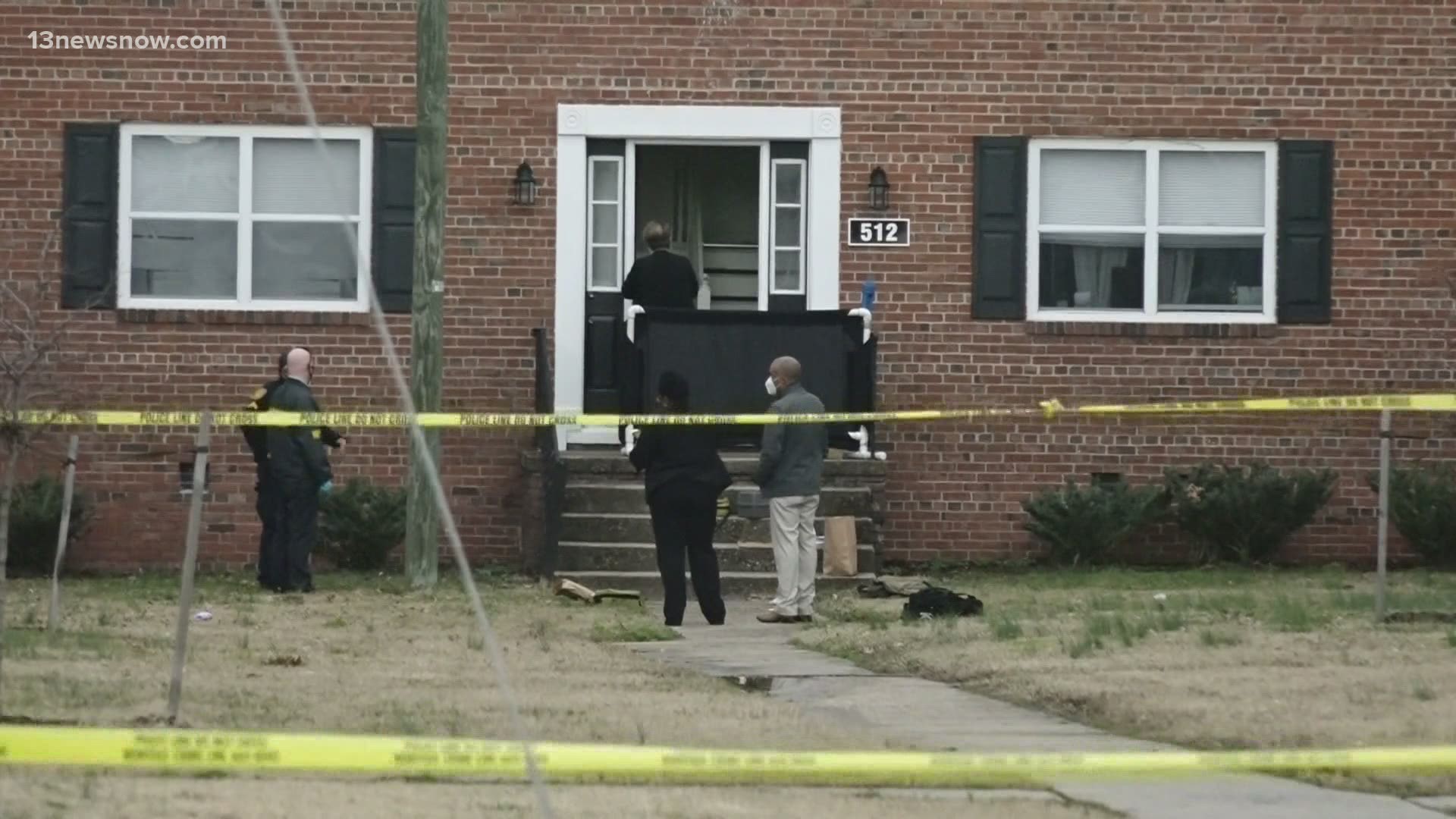 NORFOLK, Va. — Detectives are still investigating after three men were shot last Saturday near the Wards Corner area, and one of them died.

Norfolk police got a call about a triple shooting on Saturday, Feb. 27 around 12:35 p.m. in the 500 block of Timothy Avenue. Upon arrival, they found Troquan S. Martin, 19, from Norfolk suffering from a gunshot wound.

Two other men, a 22-year-old and a 23-year-old were also shot but were taken to Sentara Norfolk General Hospital to be treated for their injuries. They are expected to be okay.

Brooklyn Love, a neighbor, witnessed it.

“I seen someone sitting there smoking a cigarette, and next thing you know he’s getting shot," said Love. "Kind of like laid out on the ground and then you just see another guy on the other side still shooting and you can hear like reloading it and shooting again."

Love explained her priority after seeing the shooting was to protect her pregnant sister.

Love says she just moved into the neighborhood six months ago. Now, she wants to leave.

“We’re currently going to break this lease and go ahead and move out because that was really, it was really traumatizing," said Love.

The incident is currently under investigation and there are no further details available at this time.

“I just send my condolences to the family. That was really sad, and I just send strength to them," said Love.

If you have any information that could help police in the investigation, call the Norfolk Crime Line at 1-888-LOCK-U-UP or click here to submit a tip online.

#NorfolkPD are currently investigating a triple shooting in the 500 block of Timothy Ave. A man has been pronounced deceased at the scene. Two other victims have been taken to the hospital. Call came in at 12:35 p.m. Submit a tip at https://t.co/fWb8wXvxe5 or call 1-888-LOCK-U-UP pic.twitter.com/byik69MTR3