The condemnation and evacuation orders were announced last week during the closing minutes of a Tuesday City Council meeting. 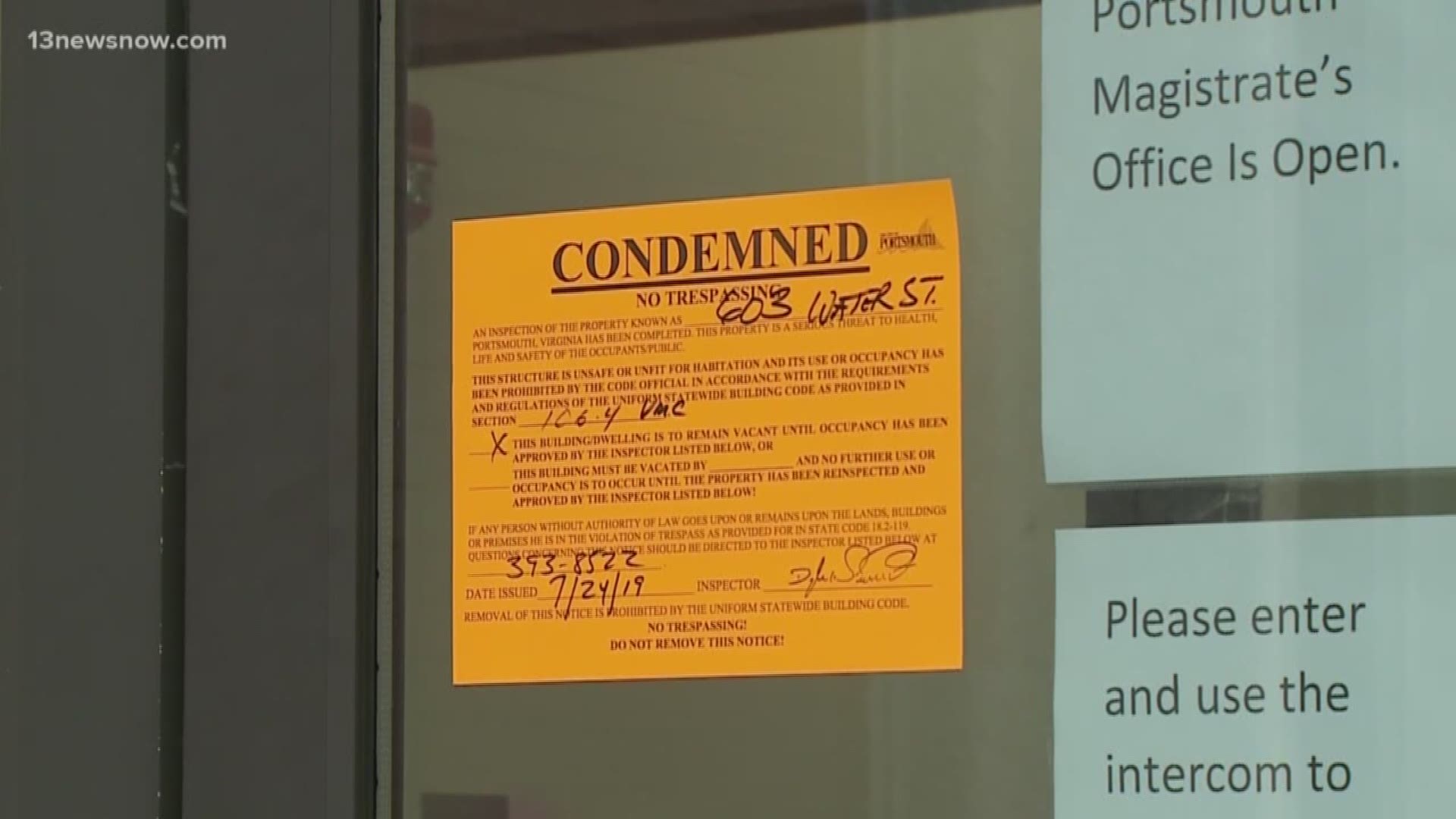 PORTSMOUTH, Va. — A Virginia sheriff has sued his city for condemning its jail and Civic Center buildings without warning.

Portsmouth Sheriff Michael A. Moore’s attorney Jon Babineau asked the court Friday to order the city to explain why it should condemn the jail instead of repairing or replacing it.

The condemnation and evacuation orders were announced last month during the closing minutes of a Tuesday City Council meeting. Moore sued, and a judge issued a 60-day injunction.

City Manager Lydia Pettis Patton said a review of contractor reports from April and May determined the buildings aren't safe. The reports cite issues including rodents and eroding concrete, noting that the Civic Center needs about $59 million in repairs.

In a petition filed on August 2, Sheriff Moore claims that it’s the city’s job to maintain the jail building and that they have not done that. Sheriff Moore also included the city’s report in the petition, which detailed all of the necessary improvements.

Sheriff's Col. Marvin Waters said that the Sheriff had to file the petition.

“The city was neglecting the building and didn’t want to take care of or update, so they had to use a legal method to basically make them do their job,” said Waters.

Waters said inside that jail 250 inmates and 80 employees rely on city officials to maintain the building.

“Any upgrades we would do would definitely increase safety and increase security. I would hope that we would be able to come together and build a new structure and basically, as a city, do the right thing,” said Waters.

13News Now contributed to this report.