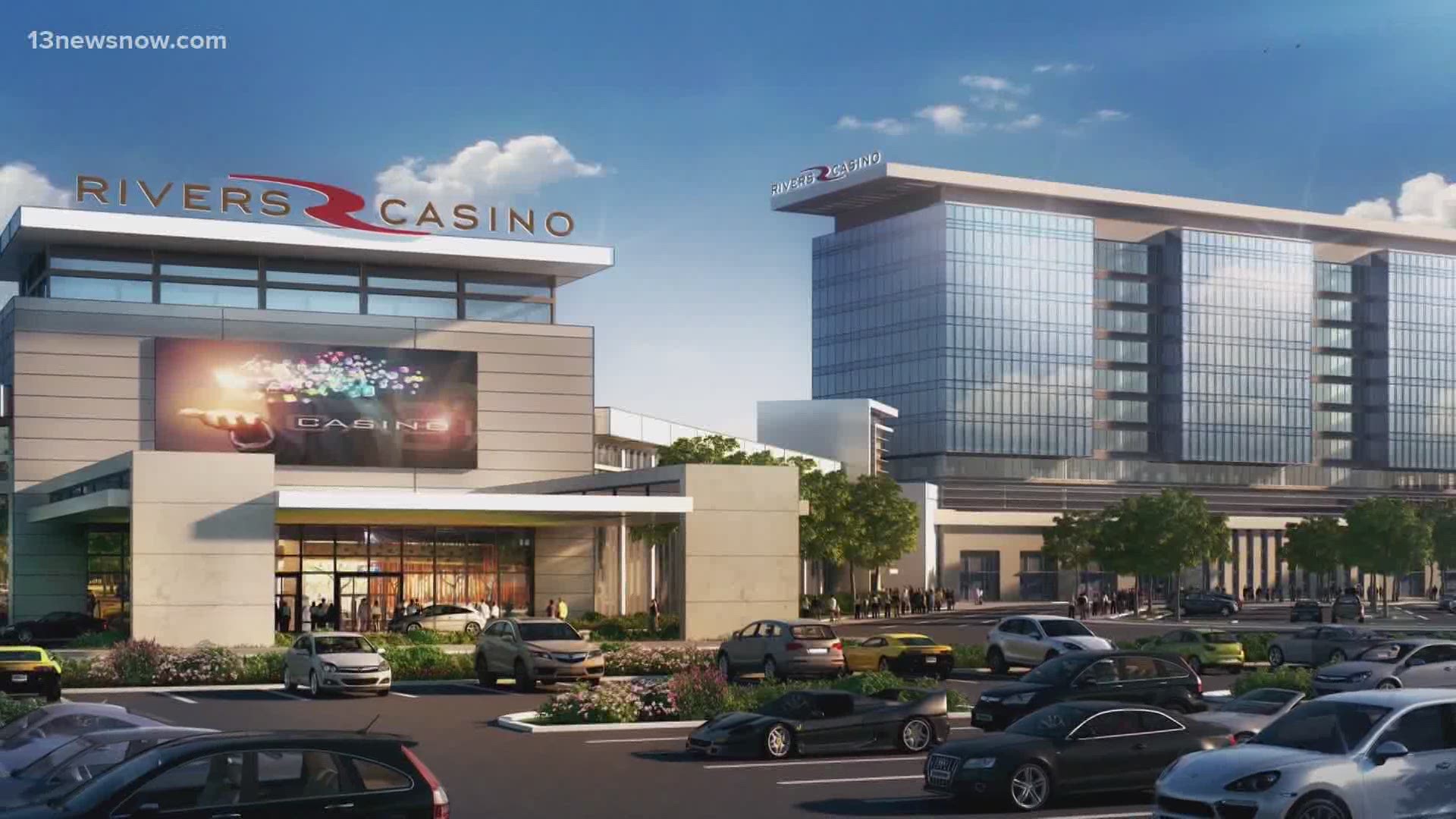 PORTSMOUTH, Va. — The city of Portsmouth just released renderings showing what the proposed casino gaming facility will look like.

Portsmouth is still moving forward with plans to build a casino right off of Victory Boulevard. The mockups show the full layout of the gaming, conference and hotel complex that's being called Rivers Casino Portsmouth.

"This is the center of Portsmouth, this is really the center of Hampton Roads, so it makes sense to have a casino right here," said Portsmouth Economic Development Director Robert D. Moore.

The casino is supposed to feature a full lineup of slots, table games, and poker. Several new restaurants and a hotel and conference space will be located inside and around the complex.

"You have the opportunity now to increase the quality of life for someone in the city of Portsmouth," Moore said.

This partnership between the city and Rush Street Gaming was announced in November 2018.

In May, city councilmembers approved a development proposal that had been in the works for more than a year to name the gaming company its preferred casino gaming operator.

Rush Street has also been pre-certified by the state Lottery Board to operate a casino in Virginia.

The mockups have Portsmouth Mayor John Rowe's stamp of approval.

"It was very exciting, I got goosebumps," Mayor Rowe said.

He's excited to bring visitors and more dollars to Portsmouth.

"We anticipate new revenues of $16 million coming to the city," Mayor Rowe said.

All that's left is the referendum vote on November 3 where citizens will decide whether to allow casino gaming in the city or not.

Portsmouth casino plans are on a roll! Today the city and Rush Street Gaming unveiled what the facility will look like. It’s supposed to go on land off Victory Boulevard (left photo). A look at the detailed markups and big plans at 11 #13NewsNow 🎲 pic.twitter.com/gZSlhWF3HO