A total of 110 Suffolk homes and businesses damaged by tornado

The Suffolk News-Herald is one of the many businesses whose employees are forced to work from home or at another building after a tornado hit on Tuesday. 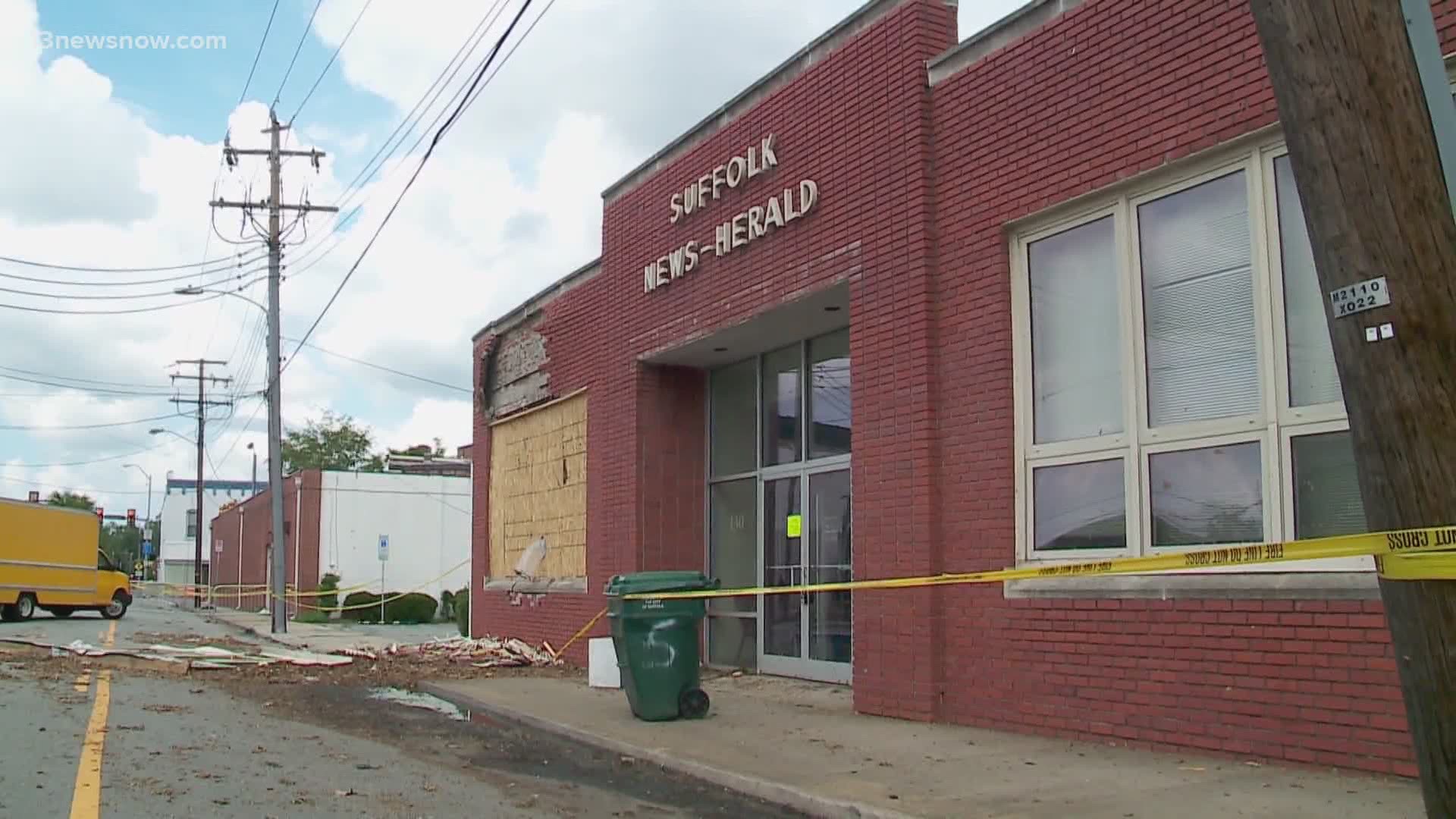 SUFFOLK, Va. — Three days after Tropical Storm Isaias swept tornadoes through Suffolk, a trail of glass and bricks lead to the damage at the Suffolk News-Herald building.

“The roof is caved in. Part of the roof is just missing. And part of the back roll-up door in the warehouse is missing," said Suffolk News-Herald Editor Tracy Agnew.

Agnew explained rain is also getting inside the building too. She was covering weather damage when a tornado hit the building.

“It’s very emotional for me, personally. But, I’m trying to keep everything in perspective. We’re just very grateful, thankful to God that nobody was in the building at the time," she said.

The Herald is just one of many businesses hit by two tornadoes in Suffolk. The City of Suffolk reported 110 homes and businesses have damage.

“It’s an uncomfortable situation. The news as you know never wants to be the news. But we are part of the community," said Agnew.

"Basically, we want to focus on everybody else in the community. Like I said, we don’t want to be the news all that much. There were people where their houses were damaged. To me, your actual house is more important than a workplace," she said.

Agnew explained they are in the process of getting a temporary building in downtown Suffolk to work out of. The City of Suffolk estimates the total cost in damages at $2.2 million.