City of Suffolk spokesperson Diana Klink confirmed storm damage in the Riverview neighborhood. There were no injuries reported. 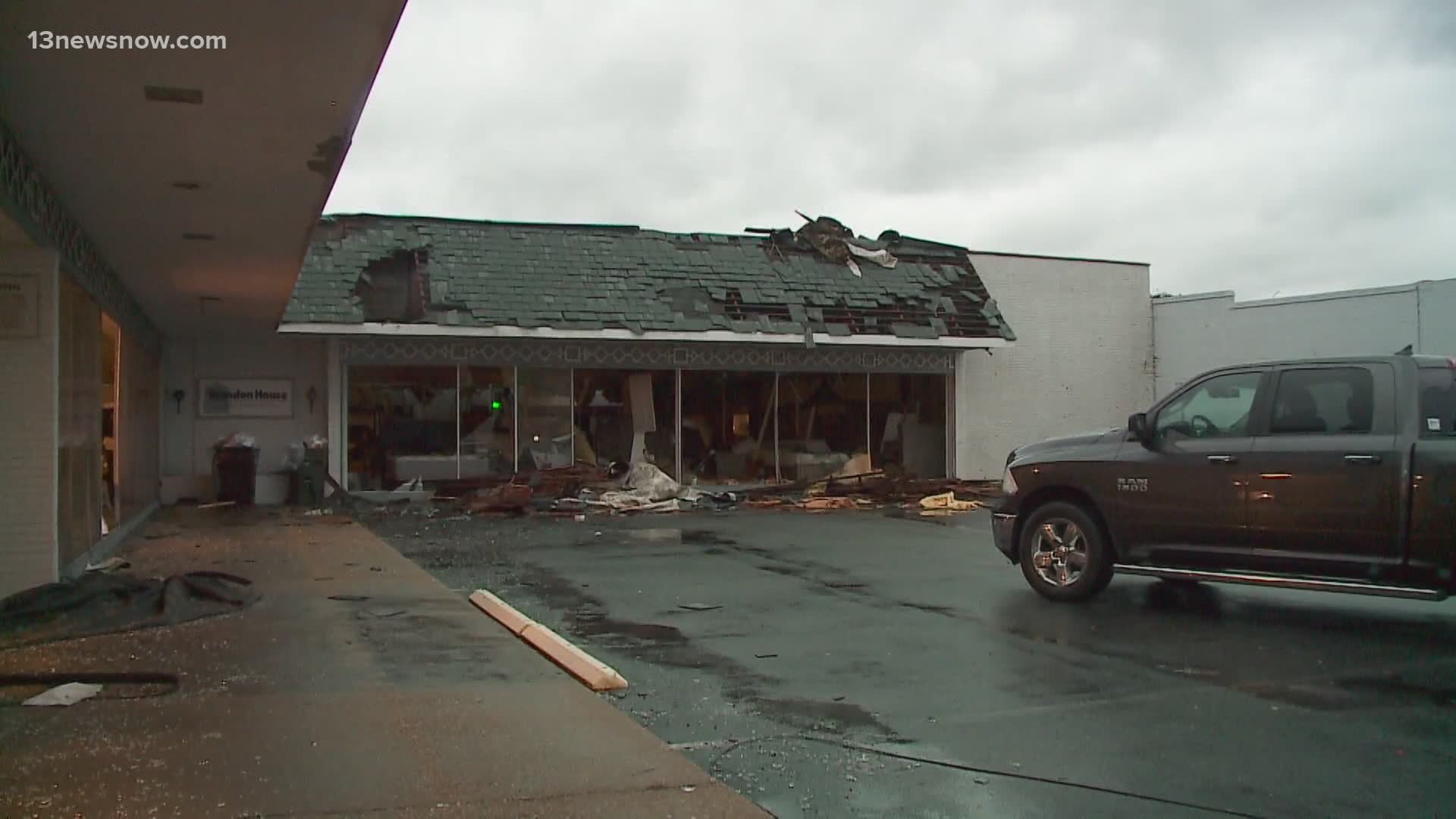 SUFFOLK, Va. — After Isaias passed over Suffolk, residents and business owners alike came out to survey the damage.

Brandon Carter, the third generation to work at this store, said he was glad the storm happened overnight, because it would have been "a lot worse" for people to be injured by the storm.

"We can replace roofs, we can replace carpet," Carter said. "It's going to take some time. We did have a lot of damage to furniture, a lot of water in the store - right now we're getting it boarded up."

Carter said the businesses' plan is to move operations nextdoor, to continue "business as usual."

Early Tuesday morning, City of Suffolk spokesperson Diana Klink said there was storm damage in the Riverview neighborhood. There were no injuries reported.

At the scene, the road had fallen trees and knocked down power lines. 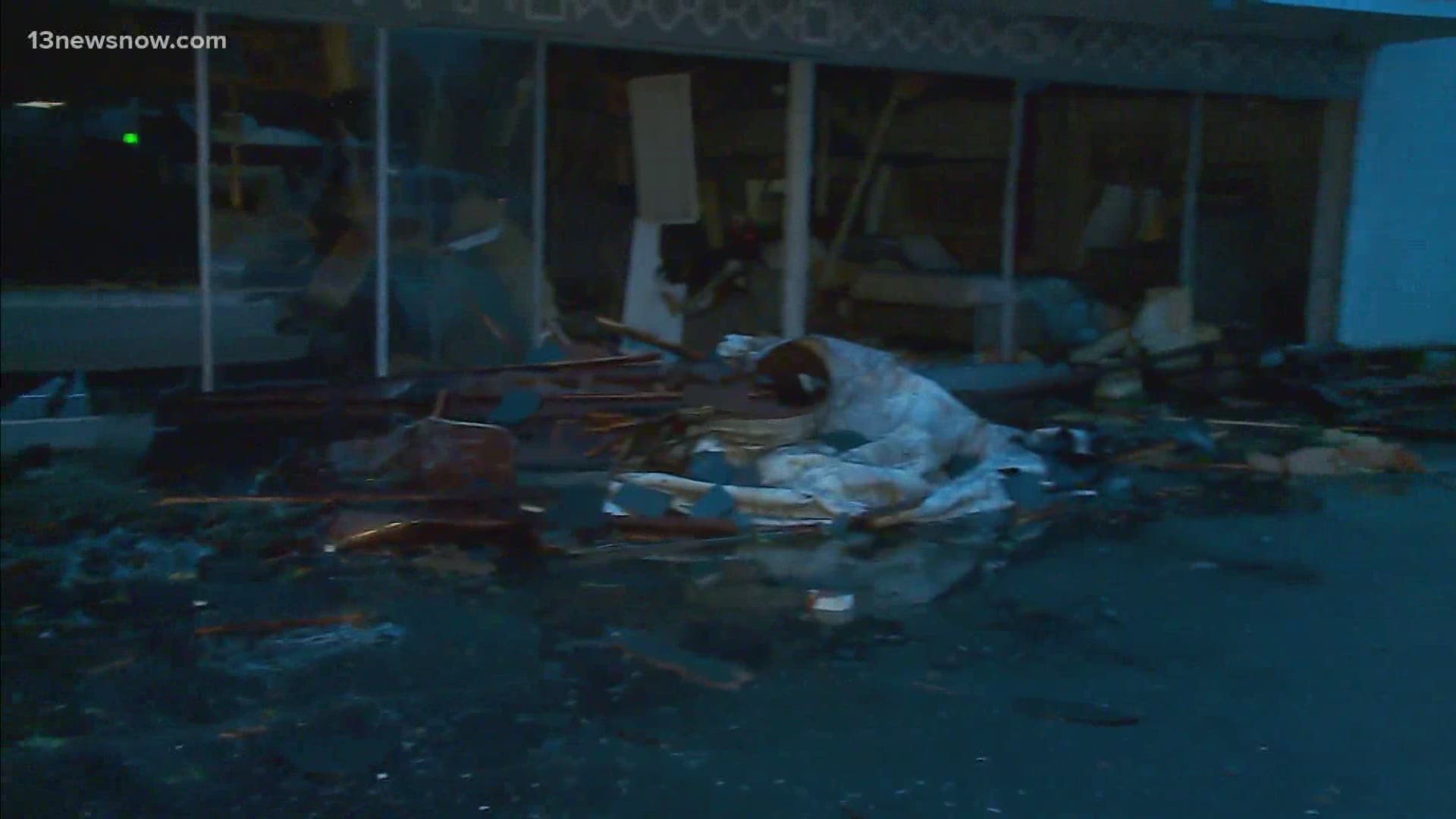