'It was like a hit and run': Tornado lifts Suffolk home off ground with family inside

The Blumes were in their double-wide trailer on White Marsh Road when one of two tornadoes to hit Suffolk lifted the home and moved it. 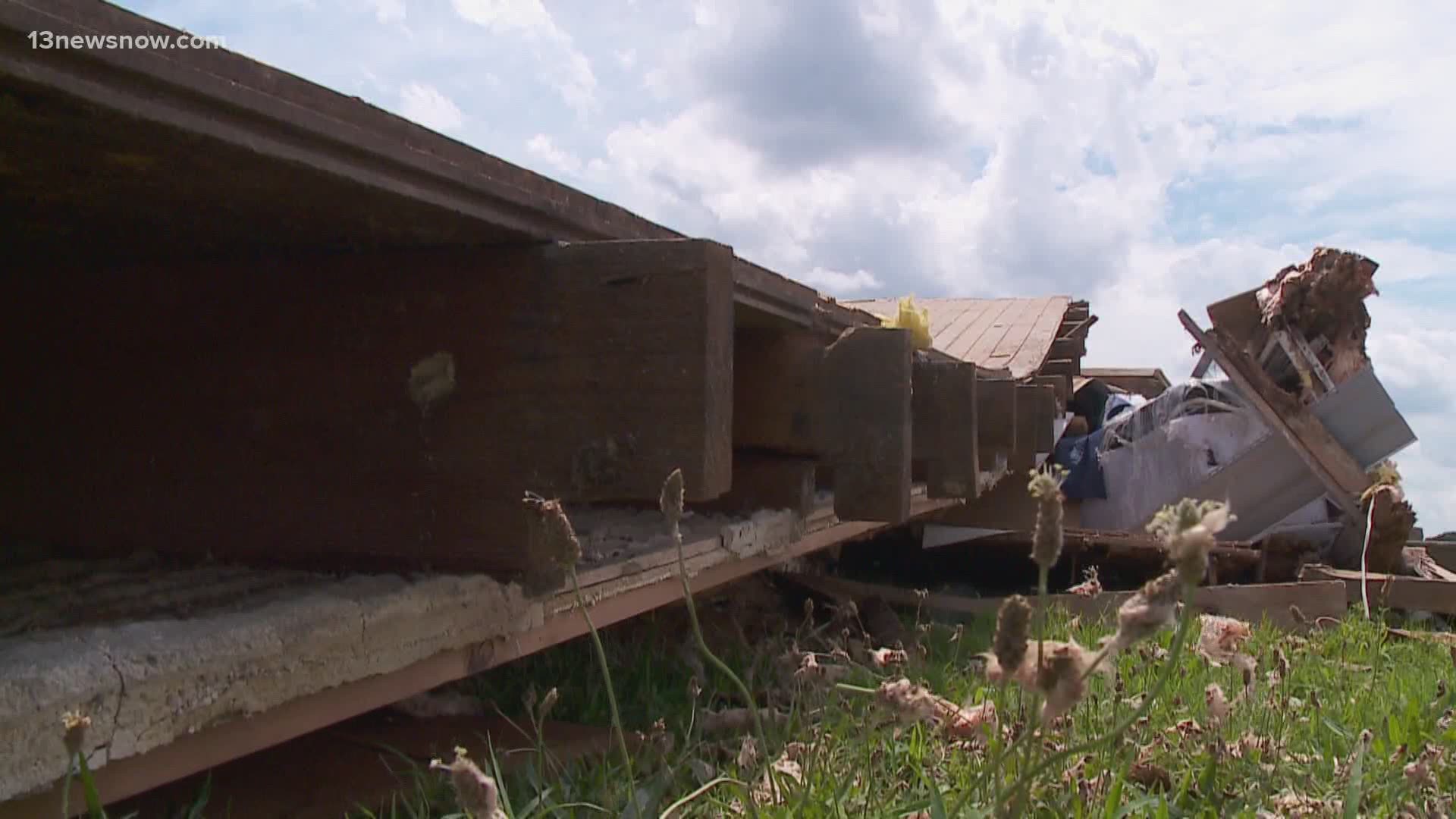 The twisters' destructive path may have started even farther south on White Marsh Road.

"You don't have time to blink, be scared or nothing,” said Suffolk homeowner Sheree Blume.

Sheree said that in the blink of an eye, a tornado pulled her house up from its foundation on Tuesday morning while her family was inside.

The house now sits five feet off its foundation, in bad shape.

Blume is pretty sure where the twister went from there.

“I heard a 'pow, pow, pow, pow,' and all you could see was transformers blowing, heading right straight into downtown,” Timothy recalled.

Before that, it hit more homes on White Marsh Road. It tore off their neighbor's wall, flipped a trailer, and destroyed power lines.

"Glory be to God, we shouldn't be alive because we live in a double-wide trailer,” Timothy said.

Their next door neighbor’s home was completely demolished. Fortunately, no one was living in it at the time. #13NewsNow pic.twitter.com/e8PiZ5bXGM

The damage is extensive and the Blumes said their insurance won't cover much.

"They are not going to cover the removal of my house or fixing pipes or anything,” Sheree said.

Still, they can't stop smiling knowing their three children, mother, two cats, three dogs, and chickens got away without a scratch.

“It was like spiritual warfare took place above our house," Timothy described. "And God said, 'You ain’t taking them.'”

The City of Suffolk is urging anyone with damage to report it to their call center. City officials said they have assessed 99 damaged structures, so far. They can be reached at 757-514-4150.