Families were forced out of their apartments after a fire last Tuesday. Residents said their landlord put them in hotels temporarily, and that ends Friday. 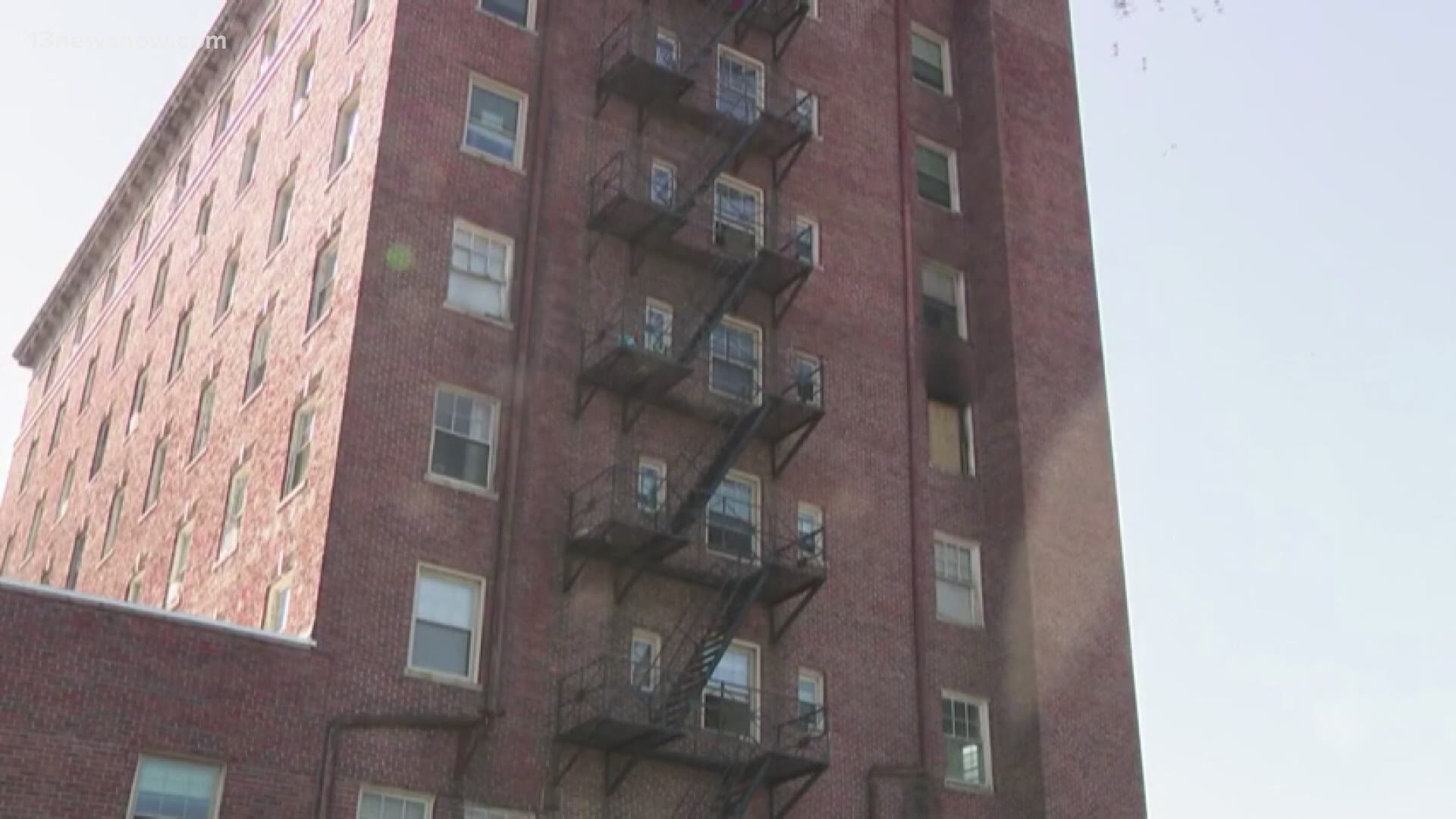 SUFFOLK, Va. — Residents of Suffolk Tower Apartments are still waiting to see if they can go back home after a three-alarm fire happened there on July 13. A man was charged with arson in connection to the incident.

Residents told 13News Now their landlord paid to put them up in hotels, but that ends Friday.

“You displaced my life,” said Suffolk Tower resident Derrick Edgehill. “This has major consequences for me because I have nowhere to go.”

Edgehill’s family was forced out of their apartment at Suffolk Tower after the fire. He said his landlord put residents in hotels temporarily, but on Friday they’re on their own.

“How do you just displace the displaced?” Edgehill asked. “It is not my fault I am in a hotel and it is not their fault I’m in a hotel. But they are culpable and liable for how they are handling us.”

“That was due to the requirement for the replacement of the exterior apartment unit doors and locks, as well as working fire alarms,” Klink said.

Klink said city crews tried to do a safety inspection on the building Wednesday.

“Unfortunately, they were denied access by building management,” Klink said.

However, Scott Alperin with Alperin Law said they are only the spokesperson for the landlord. Alperin said the building needs major repairs before the landlord is comfortable bringing residents back.

He said they are working with the Red Cross to help residents further.

Meanwhile, church leaders are stepping up too.

“It became apparent to me that a crisis was brewing,” said First Baptist Church Suffolk Associate Pastor David Edgell. “I knew that there were people there on disability, people who were seniors, a grandmother, a granddaughter, and a grandbaby.”

Edgell said several groups are working with the city to pull resources together immediately.

“We all have to own this, and our neighbors are in need and we have got to act,” Edgell said.

Suffolk Tower residents haven’t heard any plans yet. Edgehill hopes to get his family back home soon.

“There are women and children here, this man right here is 75 years old,” Edgehill said. “Where do we go?”

City officials say Suffolk Tower residents should reach out to the following numbers: