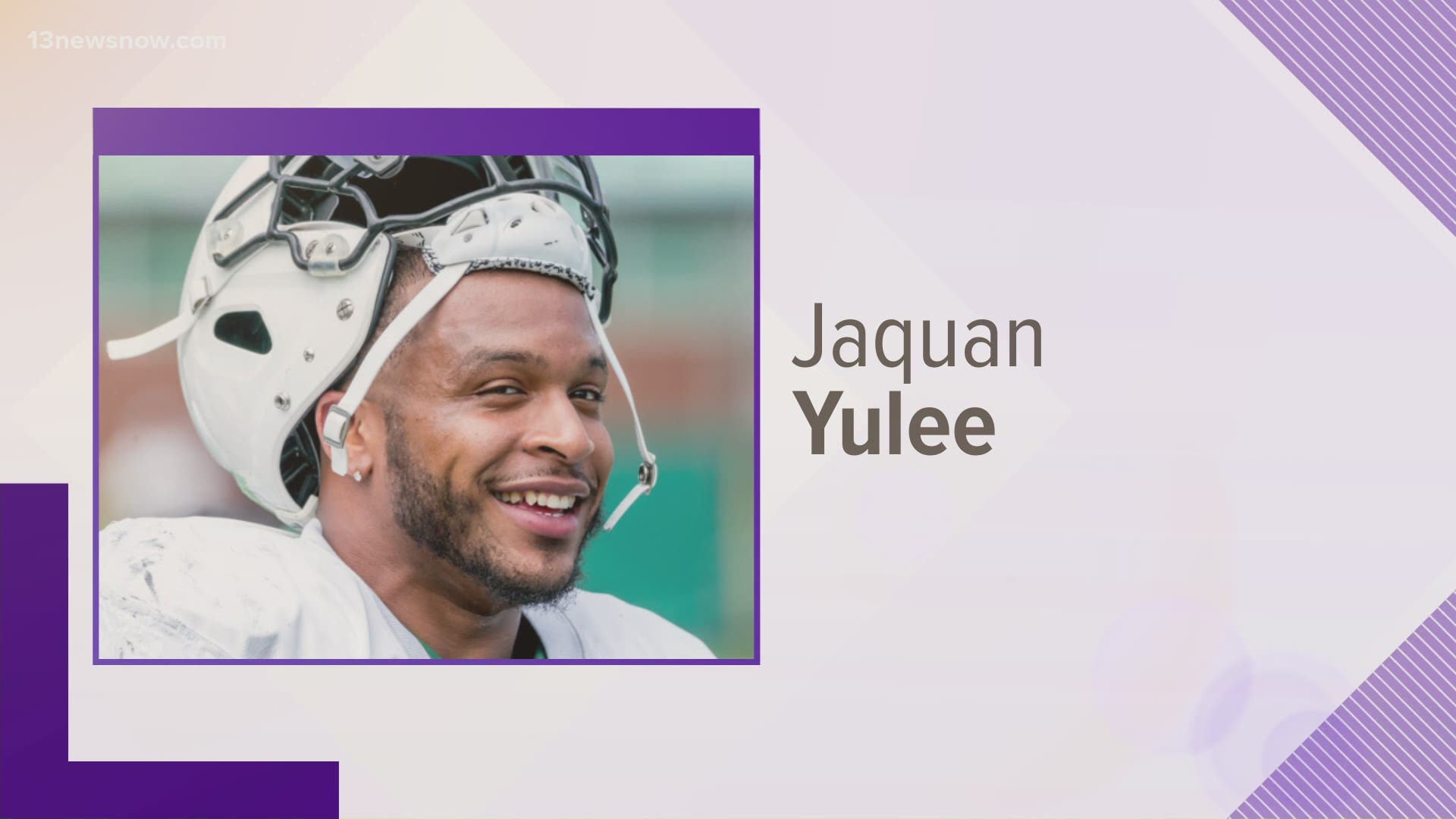 SUFFOLK, Va. — Police in Suffolk are investigating a crash that left a man dead on Tuesday.

The victim has been identified as Jaquan Rashad Yulee, 24, of Suffolk. Yulee was a football star at Indian River High School and ended up playing college football at Marshall University.

"His energy and ability to connect with so many in our fanbase was exemplary," a spokesperson wrote.

Our thoughts and prayers go out to the family and friends of former Marshall football student-athlete Jaquan Yulee. His energy and ability to connect with so many in our fanbase was exemplary. He will be missed by so many in the Thundering Herd. pic.twitter.com/ccnMotdOes

Police say they were contacted shortly after 7 p.m. about an accident in the 6400 block of Leafwood Road, near South Quay Road in rural Suffolk.

A passenger vehicle had reportedly flipped on its roof. No other vehicles were involved in the crash.

Yulee was pronounced dead at the scene. No one else was in his vehicle.