Flooding is the norm in Virginia Beach, but a plan designed by the city aims to minimize the risk. 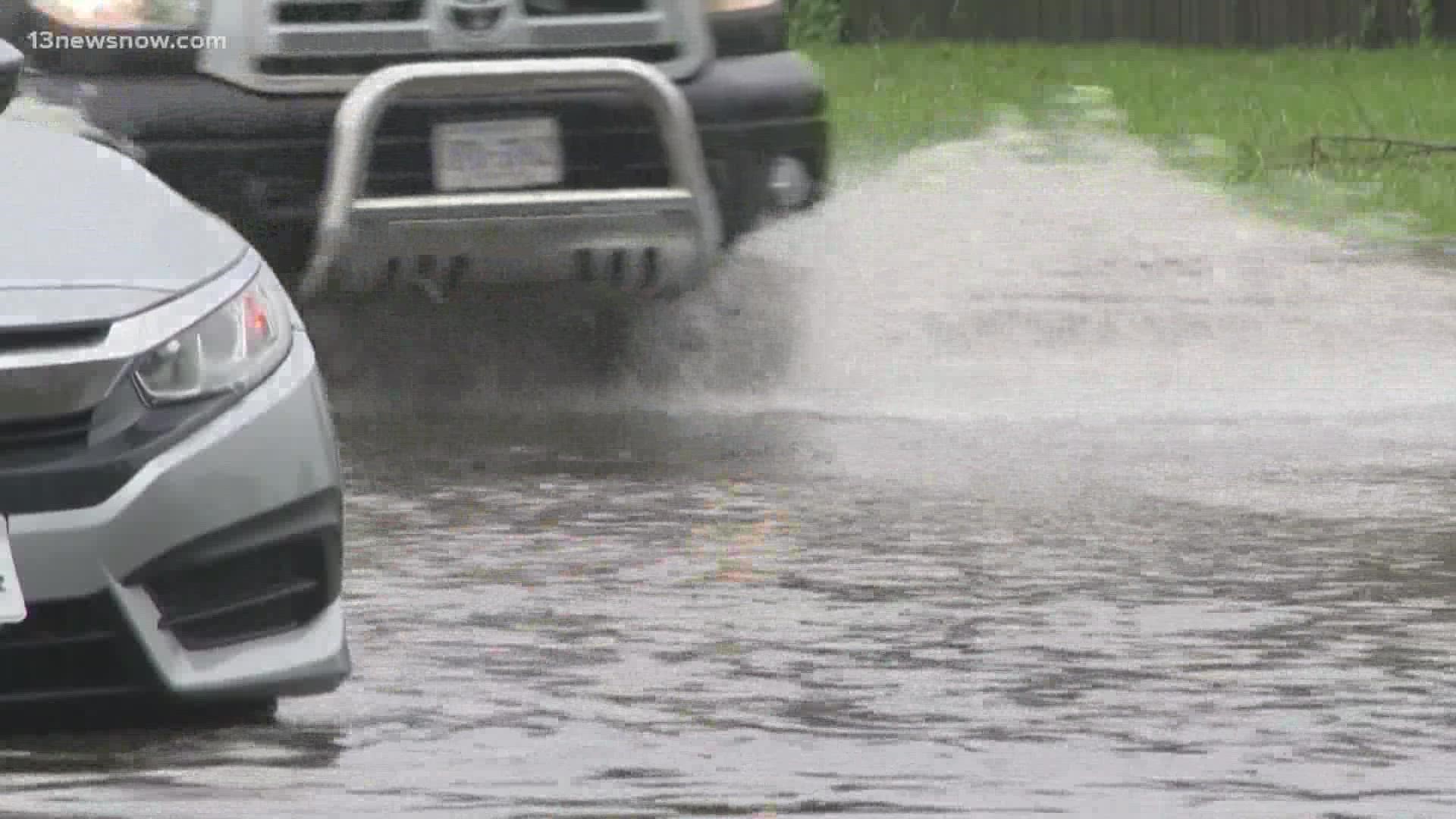 VIRGINIA BEACH, Va. — Flooding is an all-too-common story in Virginia Beach. That's why the city came up with a plan to speed up a flood protection program. The caveats? It has a hefty price tag and it'll take a property tax hike to do it.

Flooding on rainy – and even sunny – days is the norm on Virginia Beach roads.

That's why there are 21 projects spread out in these six most vulnerable areas that are meant to improve drainage, infrastructure, and even marsh conditions.

The program, in total, will cost approximately $567.5 million.

"This amount is intended to accelerate the projects that are listed in a 10-year program that otherwise would take 40 years," said Virginia Beach Deputy City Manager Ron Williams.

A question on November's ballot asks Virginia Beach voters whether they want to fund the flood mitigations projects by raising taxes.

If approved, the increase would add $10 to $14 more on property taxes each month for a median value home.

"Leaning toward paying for it, but not really sure yet," he said.

Turner recounted the impacts of widespread flooding when Hurricane Matthew hit in 2016.

"It's a real pickle to me because you know it's got to get done, but you've got to pay for it somehow," he said.

It was also another chance for the city to pass along findings from a study.

A report from Old Dominion University put things in an economics perspective.

"The analysis suggests that for every dollar you invest, you avoid approximately $13 in damages and $19 in total damages to the economy of Virginia Beach," said Dr. Bob McNab, a professor of economics at ODU.

The report from ODU also looked at the possible impact of construction. That itself, according to their analysis, could generate more than $371 million in economic impact and 3,300 jobs in the next decade.

There are more opportunities for citizens to ask their questions about the flood mitigation program.

For more information about the flood program referendum, you can visit this city webpage.