Virginia Beach elections officials have debunked a viral video that was shared by many, including President Trump's son Eric. 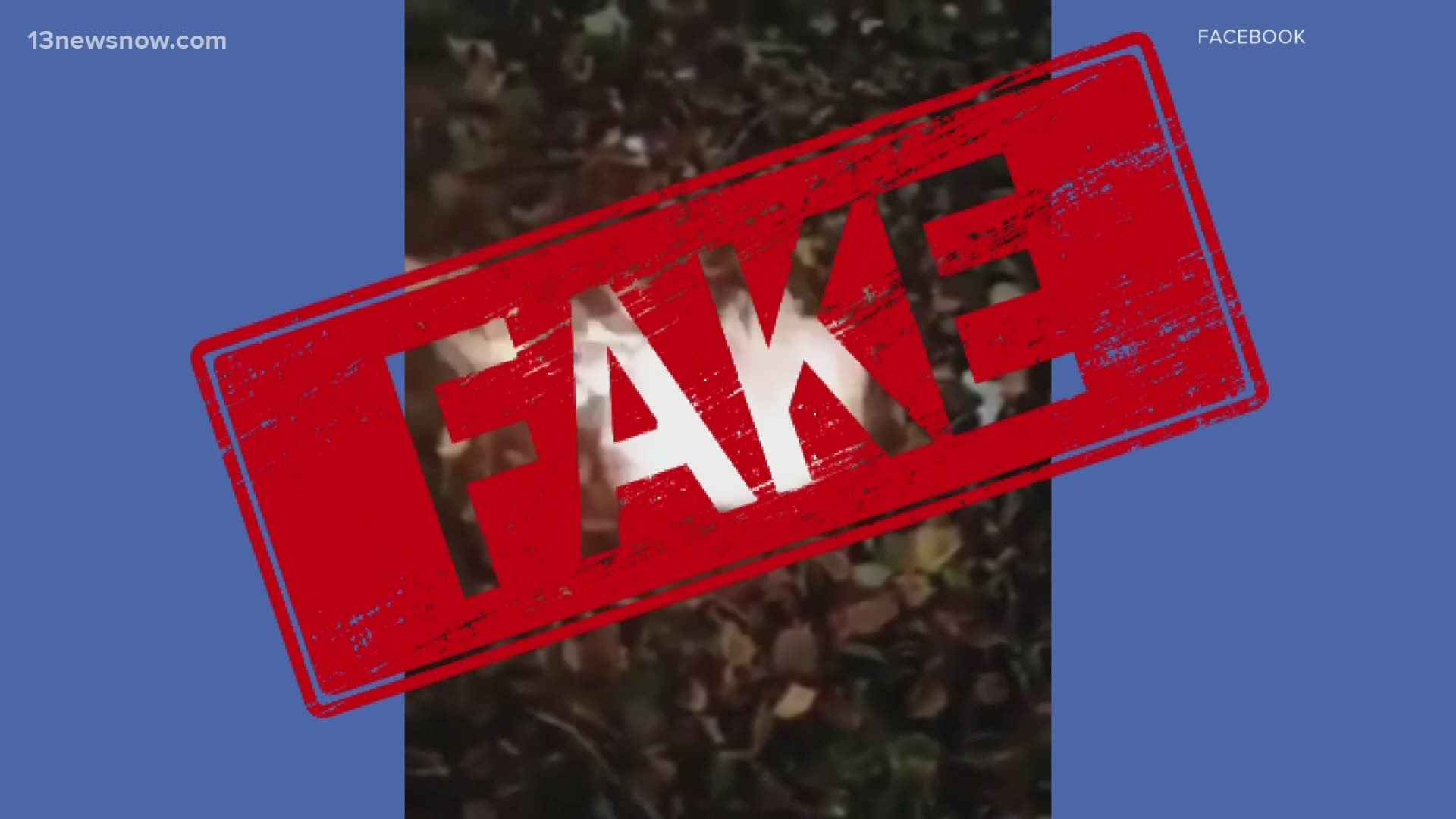 VIRGINIA BEACH, Va. — An election video that has been making waves on Facebook and Twitter is now being called fake.

In it, a man tosses what appears to be real ballots with votes for President Donald Trump into a bag. The bag is then set on fire, followed by an expletive toward the president.

The video was shared by pro-Trump websites and it caught the attention of the president’s son Eric Trump, who retweeted a shortened version of the video on Twitter.

It's clear the intent of the video is to spread doubt in the electoral process and back claims of widespread fraud. Not only is the video fake, but it was also debunked by election officials in Virginia Beach.

It’s hard to make out, but local Virginia Beach city council candidates are listed on the ballot. Officials with the city also confirmed in a statement that the ballots in the video are sample ballots.

They sent a copy of an official ballot that shows bar code markings on its border, which are clearly missing from the ballots in the video.

Credit: 13News Now
Virginia Beach officials say their official ballot shows bar code markings on its border, which are clearly missing from the ballots in the video.

We don’t know who is behind the video, but they wouldn’t be in any immediate trouble with election officials.

However, fire investigators are looking for him because it’s considered an illegal burn near a pile of leaves.

Those were sample ballots. Addressed this yesterday. https://t.co/yprxQ7Icqn.