El called homosexuality a "mental illness." He announced he was going to resign at a meeting this Thursday but that meeting has been canceled without explanation. 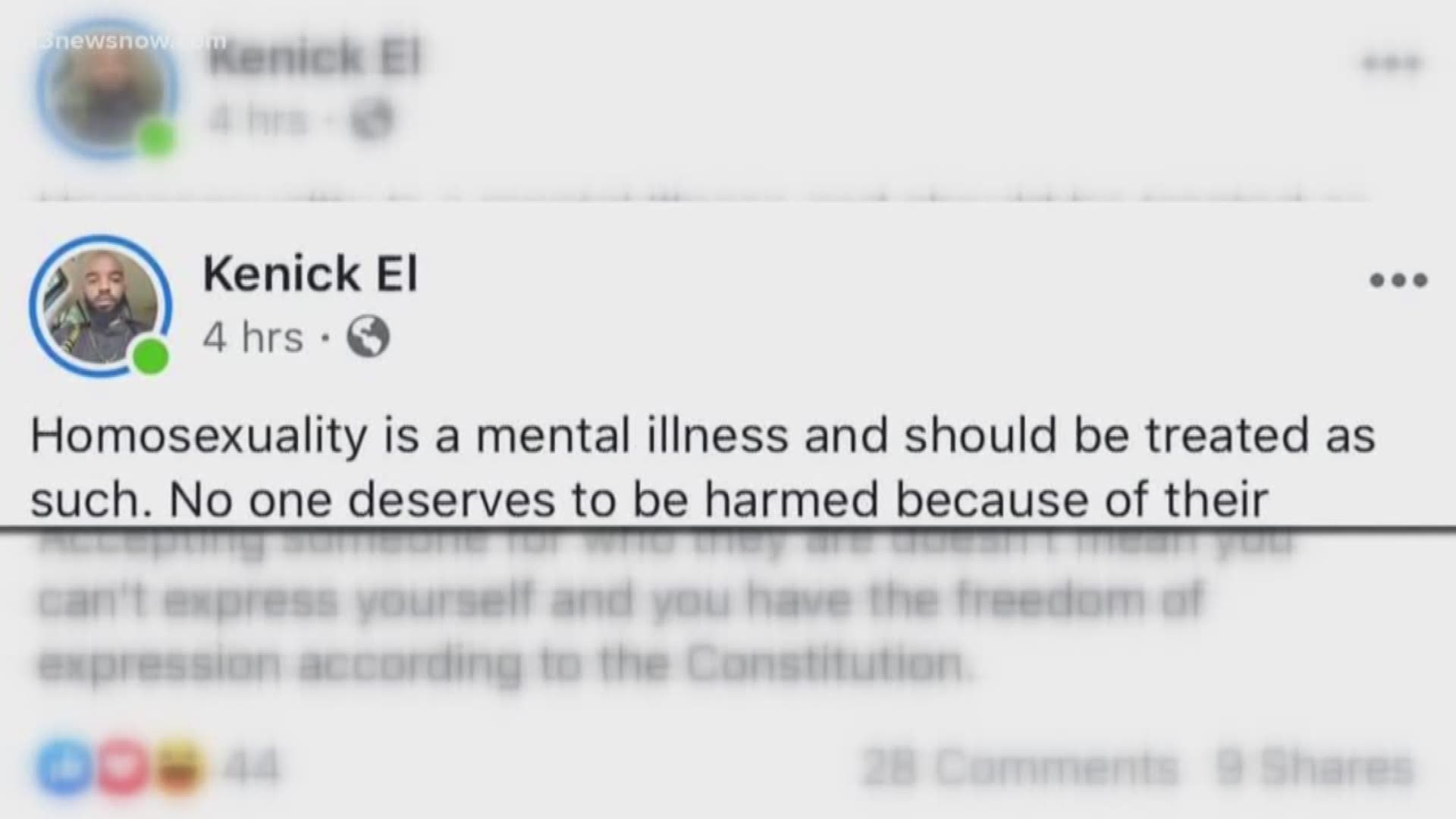 VIRGINIA BEACH, Va. — Virginia Beach city councilmember Sabrina Wooten is defending her decision not to sign a letter asking for Human Rights Commissioner Kenick El to step down after he called homosexuality a "mental illness" and an "abomination."

On Thursday, Virginia Beach Mayor Bobby Dyer read a letter signed by the city council that said it’s "no longer appropriate" for El to serve on the HRC. Every member of the city council was there and signed the letter -- except for Louis Jones and Sabrina Wooten.

Wooten said she didn't even know the press conference was taking place, as no one on council told her about it.

“Next thing you know, it was on the news and a press conference had taken place that I knew nothing about. And a lot of assumptions were made that I was against the LGBT community and that’s not so,” Wooten said. “I’m getting calls from people saying, 'Did you know about the news conference? Why weren’t you there?' Well, you can’t be present at something you don’t know about.”

Mayor Dyer also called on the Commission to hold a special meeting on Thursday to discuss El's future on the commission.

El said he would resign following that meeting. But this morning, the Commission canceled that meeting without explanation.

Wooten said she doesn't know why the meeting was canceled.

“I couldn’t tell you," she said. "I actually just saw the notice on the bulletin board.”

She said she was aware of the letter after fellow council member Michael Berlucchi called her about it. She said didn’t sign it because she thought it was “premature”.

She said she wanted everyone involved to sit down for dialogue and have a meeting first.

“I’m a mediator. I can see things from both sides - I’m not taking sides, but I can see the potential for dialogue. And I told [Berlucchi] my position stands: We really need to address this with dialogue, with both sides.”

“I do not agree with those comments and do not support them in any way,” she said. “I told [El]... you have to know those comments hurt the LGBT community and healing needs to take place.”

HRC chair Sylvia Nery-Strickland did not return a request for comment about why the meeting was canceled and when it will be rescheduled.

The next HRC meeting is set for November 14th.