Becoming a 'Second Amendment Constitutional City' is a way to express the city's commitment to supporting a citizen's rights to bear arms. 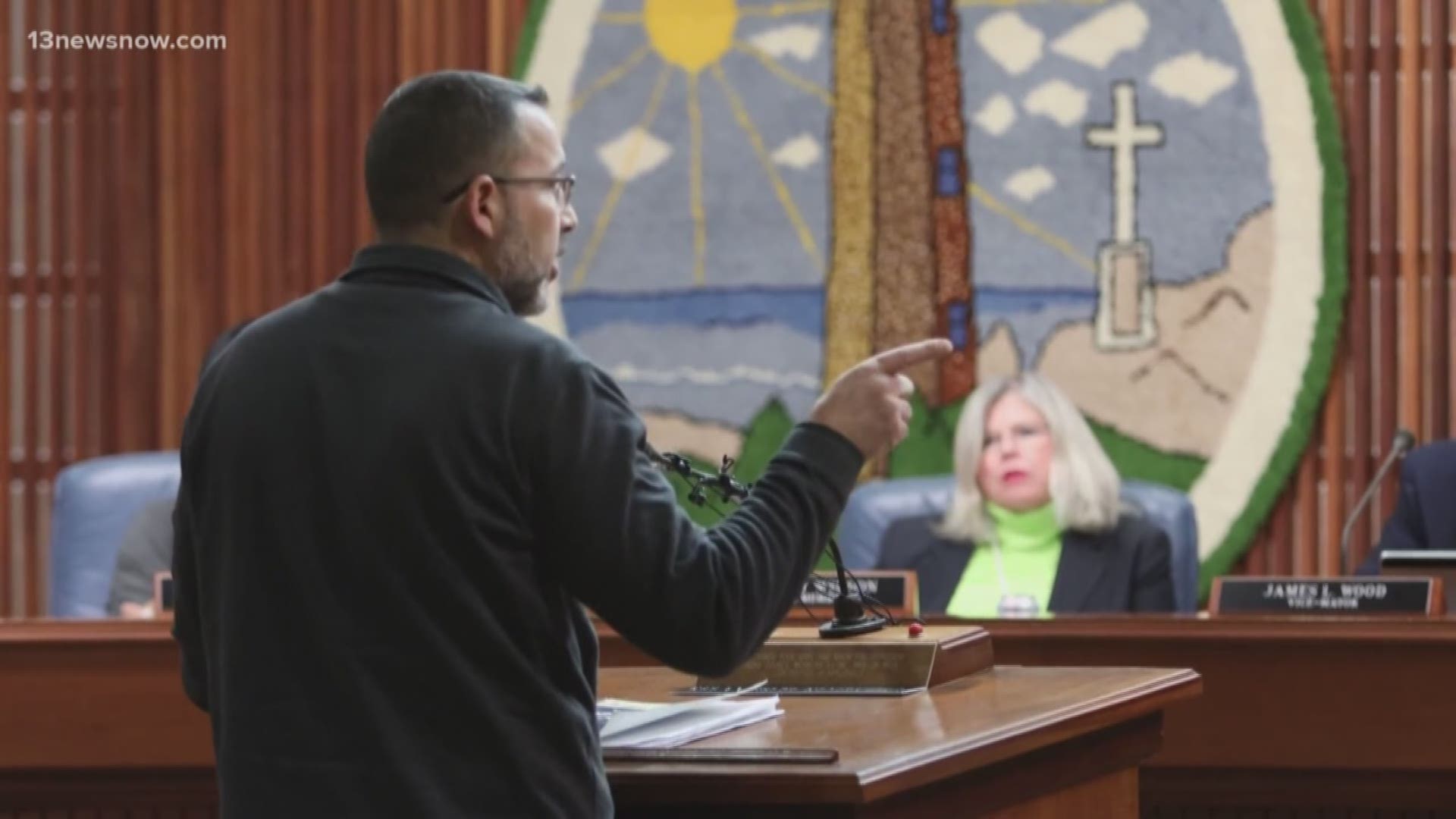 It's a growing trend around the Commonwealth, with gun rights activists filling city council chambers ahead of the 2020 legislative session in Richmond, where the Democratic-controlled General Assembly is expected to make changes to current gun legislation.

Monday's meeting was requested by Mayor Bobby Dyer. About 90 people signed up to speak before city council voted on the resolution.

Since Virginia Beach approved becoming a Second Amendment Constitutional City, it's basically a way to express the city's commitment to supporting a citizen's rights to bear arms and urges the Virginia General Assembly to do the same.

Other cities and counties have adopted similar resolutions to the one Virginia Beach passed, the first in Hampton Roads being Gloucester County.

On December 3, Gloucester's Board of Supervisors unanimously passed a resolution to become a Second Amendment sanctuary. Mathews County did the same a couple of weeks later, as did Isle of Wight County and the City of Chesapeake.

Attorney General Mark Herring has said those resolutions may have "no legal effect" and that localities must follow gun violence prevention measures passed by the General Assembly.

Virginia Beach's meeting on the resolution started at 4 p.m., with the public comment period beginning at 6. The vote took place just after 10 p.m.

View the full request and resolution below: