The mother of Eric Garner spoke to members of the North Carolina community Monday. 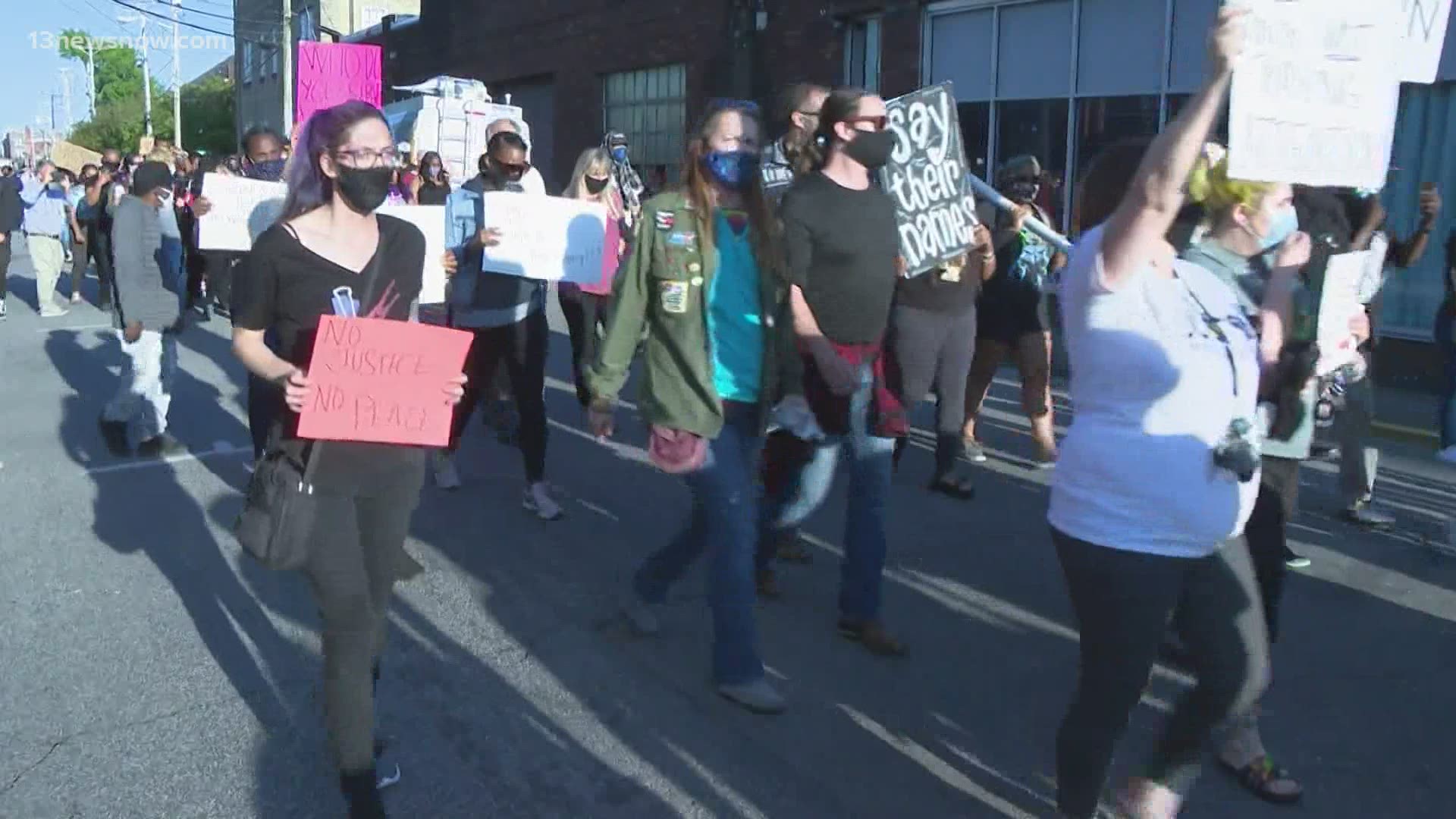 ELIZABETH CITY, N.C. — Protesters spilled into the streets of Elizabeth City for the sixth consecutive day Monday, as the small North Carolina community continues its calls for the public release of body camera footage of the shooting death of Andrew Brown Jr.

Gwen Carr, the mother of Eric Garner, spoke to crowds outside the Pasquotank County Sheriff's Office earlier in the day. Garner's death at the hands of New York police officers sparked the chant, "I Can’t Breathe," which has now become a rallying cry across the country.

“We can’t have this keep on happening, and we can’t treat this like it’s the norm," said Carr.

Carr's presence is another sign this small northeast North Carolina city has become the new focal point for a national movement against excessive use of force and transparency in police investigations.

"What’s happening right here is they have ignored the lesson that the world was taught last week and over the last 11 months in how important transparency and accountability is to the African-American community all over this nation," said national activist and North Carolina native, Rev. Greg Drumwright.

Drumwright says he was in the courtroom every day of the Derek Chauvin trial, and the timing of Brown’s death, directly following the guilty verdict of the former Minnesota cop, has energized efforts here in North Carolina.

Protesters Curtis Gatewood and Tony Riddick are outraged to hear Brown’s attorneys say the family only saw 20 seconds of redacted video Monday in a private meeting with Pasquotank County officials.

“What a spit in the face. What a slap in the face," said Riddick from Hertford, North Carolina, about 15 minutes away.

“Whenever police officer use excessive force that officer will be terminated immediately, prosecuted to the fullest extent of the law, and then will not be able to practice law enforcement in the United States of America. If we can get that universal standard, then we can put an end to this," said Gatewood.

Pasquotank Sheriff Tommy Wooten released a video Monday night stating the shooting of Brown "was quick and over in less than 30 seconds." He said the body camera video "is sometimes shaking and hard to decipher."

According to Wooten, the county administrator has petitioned the court to release the video.

Pasquotank County NAACP President Keith Rivers doesn’t think it should take this long for the family to view the footage, especially not a redacted version. He's not buying concerns by the district attorney and county attorney that releasing the video will jeopardize the investigation.

"What is on the video is on the video. It is not going to change the investigation," said Rivers. "All you are doing is, you are almost antagonizing the community."

Demonstrator Linwood Gallup and others are making sure protests remain peaceful in preparation that the video goes public.

"The video is going to hurt. It’s going to hurt our feelings. I want everyone to be prepared and not be shocked into anger and wrath," said Gallup.

He, like Rivers, said he wants the sheriff to speak to the community in person. Rivers is calling for Wooten's resignation in part due to a lack of personal communication between the sheriff and the people of Elizabeth City.

Meanwhile, Riddick said he is not surprised that Elizabeth City has captured the nation's attention with peaceful protests because of its rich history.

“In Northeastern NC many people sleep on the civil rights impact that we have had on the entire world,” said Riddick.