Virginia Beach firefighters warn about the dangers of kitchen fires

It's Fire Prevention Week. This year's campaign theme is “Serve Up Fire Safety in the Kitchen.” 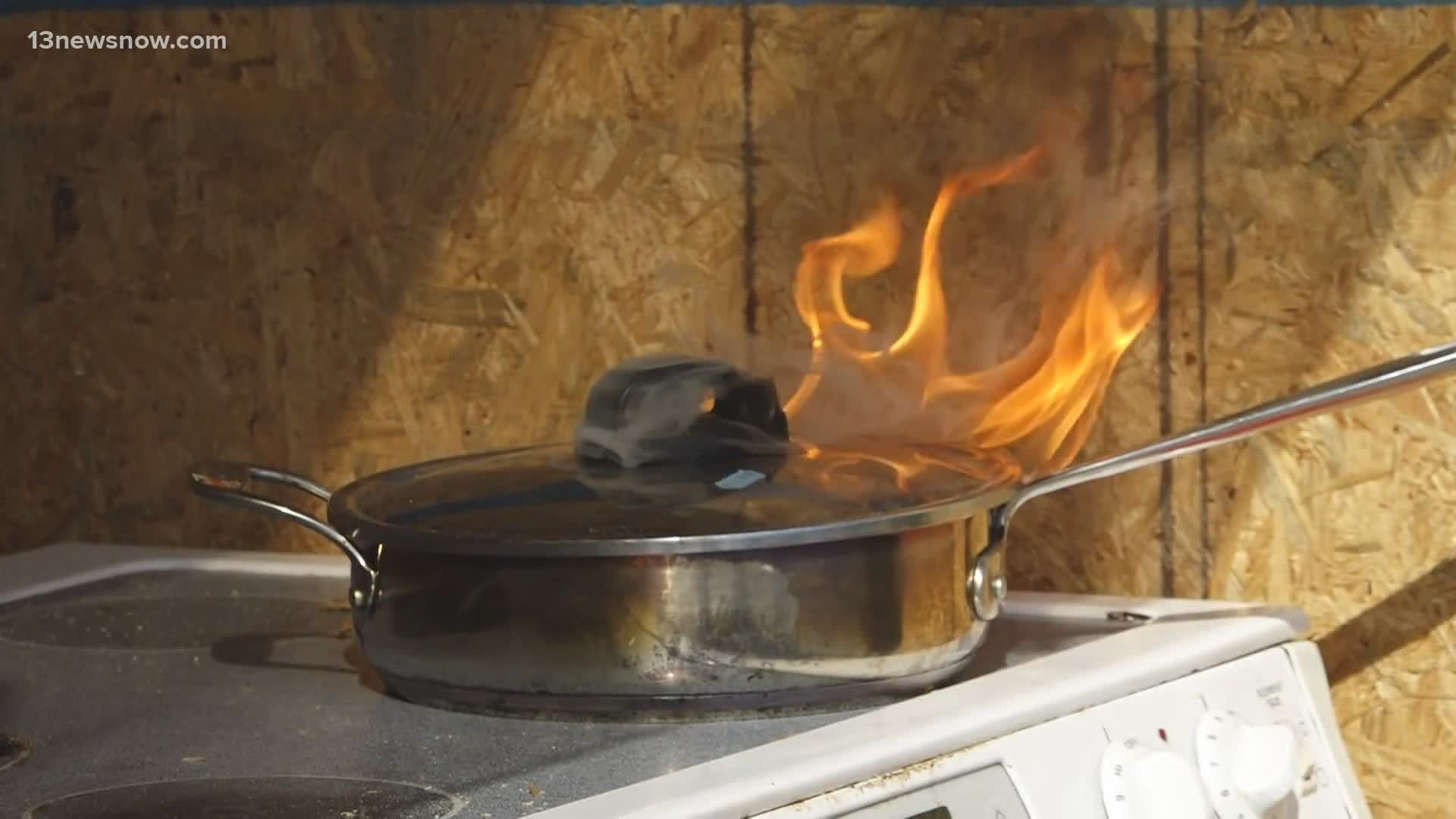 The kitchen is the heart of most homes and as we prepare for the holidays, the Virginia Beach Fire Department has a warning for all families.

Just a moment away from the stove can lead to a race against the clock in the kitchen.

Virginia Beach firefighters demonstrated how that can easily happen in any home during a fire demo on Wednesday. The presentation was part of National Fire Prevention Week. This year’s campaign theme is “Serve Up Fire Safety in the Kitchen.”

Kohn said firefighters even responded to a kitchen fire on Wednesday morning.

Kohn said people should put out smaller fires by first turning off the stove and covering the flames with a metal lid.

Baking soda also does the trick.

“Don’t try to pick up that pan and move it,” Kohn said.

Kohn said a small kitchen fire can create a lot more damage and even turn deadly if people try to throw water on it. He said it’s the last thing you should do.

“We’ve all heard the expression it’s like throwing gasoline on a fire,” Kohn said. “Well, you see what happens when you throw water on a grease fire.”

BLAZING IN MINUTES: Unattended stoves can quickly lead to a kitchen that looks like this⬇️ @VirginiaBeachFD officials say cooking is the leading cause of home fires and home fire injuries. The dos and don’ts coming up at 4:30&5:30 #13newsnow pic.twitter.com/En3Ortm3Iz

In a study, the National Fire Prevention Association reported that between 2014 and 2018 U.S. firefighters battled more than 172,000 house fires per year that started in the kitchen. They caused more than 500 deaths and over 4,000 injuries.

“They are often relatively small fires contained to the point of origin, yet people are dying in these fires,” Kohn said. “So, that’s why it is important.”

Kohn said a golden rule is to never leave the stove unattended.

“The things that are common sense are the things that we are most likely to take for granted,” Kohn said. “That’s why simple stuff like this, we have to keep in mind.”