Hundreds of people from Hampton Roads go onto buses and headed to the rally in Richmond. 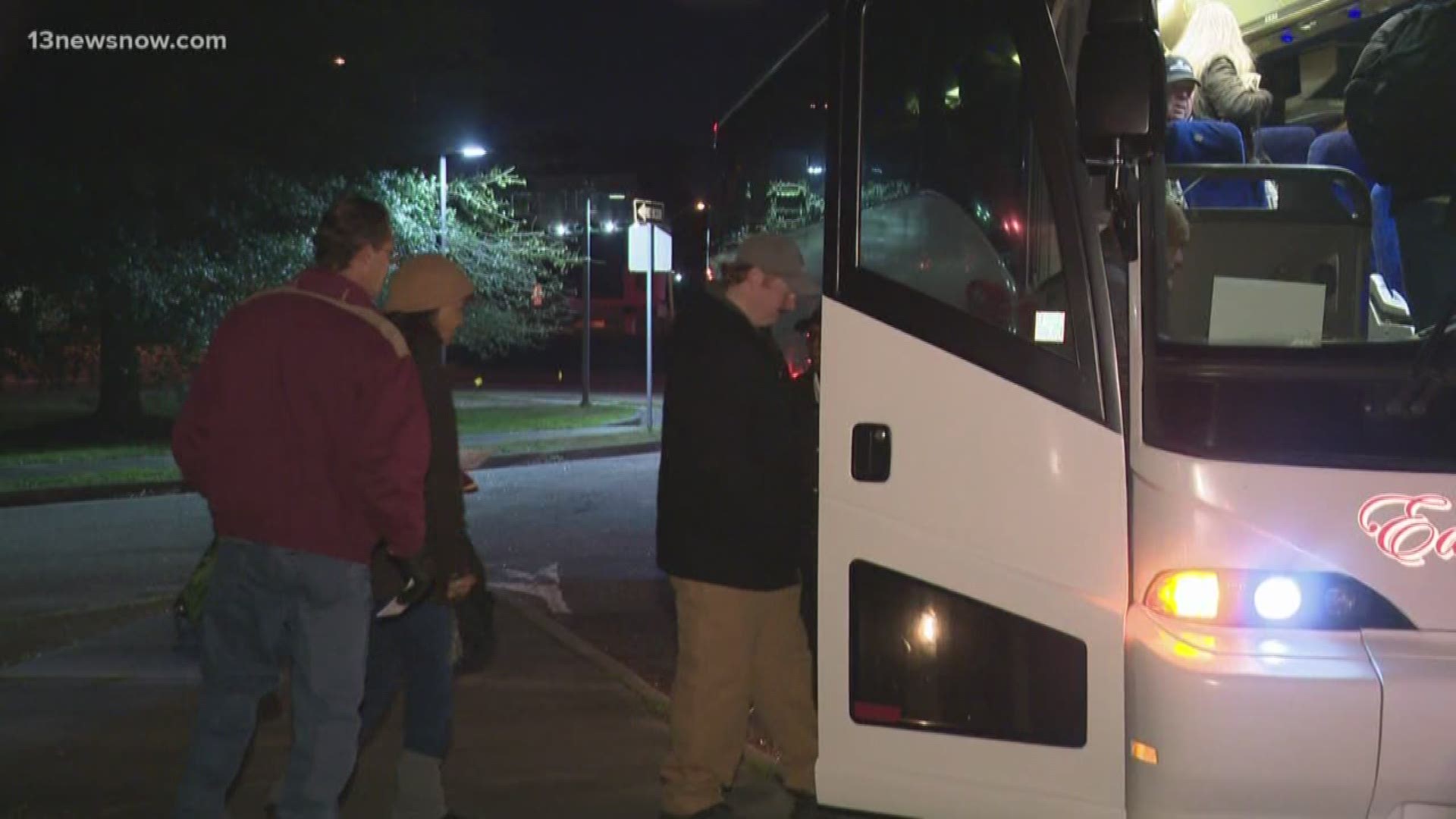 VIRGINIA BEACH, Va. — As people gather to rally in Richmond, many of those protesters came from Hampton Roads.

The Virginia Citizens Defense League arranged a caravan of buses from Norfolk, Hampton, Williamsburg, and Virginia Beach to go to Richmond.

Early this morning, 275 people departed on five buses from the Park and Ride on Indian River Road in Virginia Beach.

All of the bus riders wanted to exercise their right to freedom of speech and support their gun rights.

Larry Saccoia said he plans to stand outside the fence to the rally with his gun.

“It’s sad that our country has come to this, especially Virginia,” said Saccoia.

He explained that his gun is “more of a statement of support than anything else." He said his gun won't even come out of his holster.

Saccoia said the tension surrounding this event scares him, but he wants a peaceful rally for everyone.

That includes those against and for gun rights restrictions.

“We want to protect them as well. They have a right to protest, just as we do. We don’t want any problems or any trouble,” said Saccoia.

Armed or not, Bud Stinson said he has his beliefs after serving in the Navy for more than 20 years.

“I’ve believed in this country for a long time and being able to defend yourself is a part of this country,” said Stinson.

As a woman, Leighanne Trevillian said she especially values her right to carry a gun, for self-defense.

“We’re not there to start problems, we’re there to speak out against the governor,” said Trevillian.

“If anything, it (the Virginia Beach mass shooting) makes me want to carry my gun more often. Because the only way you’re going to be able to fight against people that want to do bad things is to be able to defend yourself,” said Trevillian.

The busses will leave Richmond to come back to the area around 2 p.m.