In a direct message to Black Virginians, Northam said, "I cannot know the depth of your pain, but what I can do is stand with you." 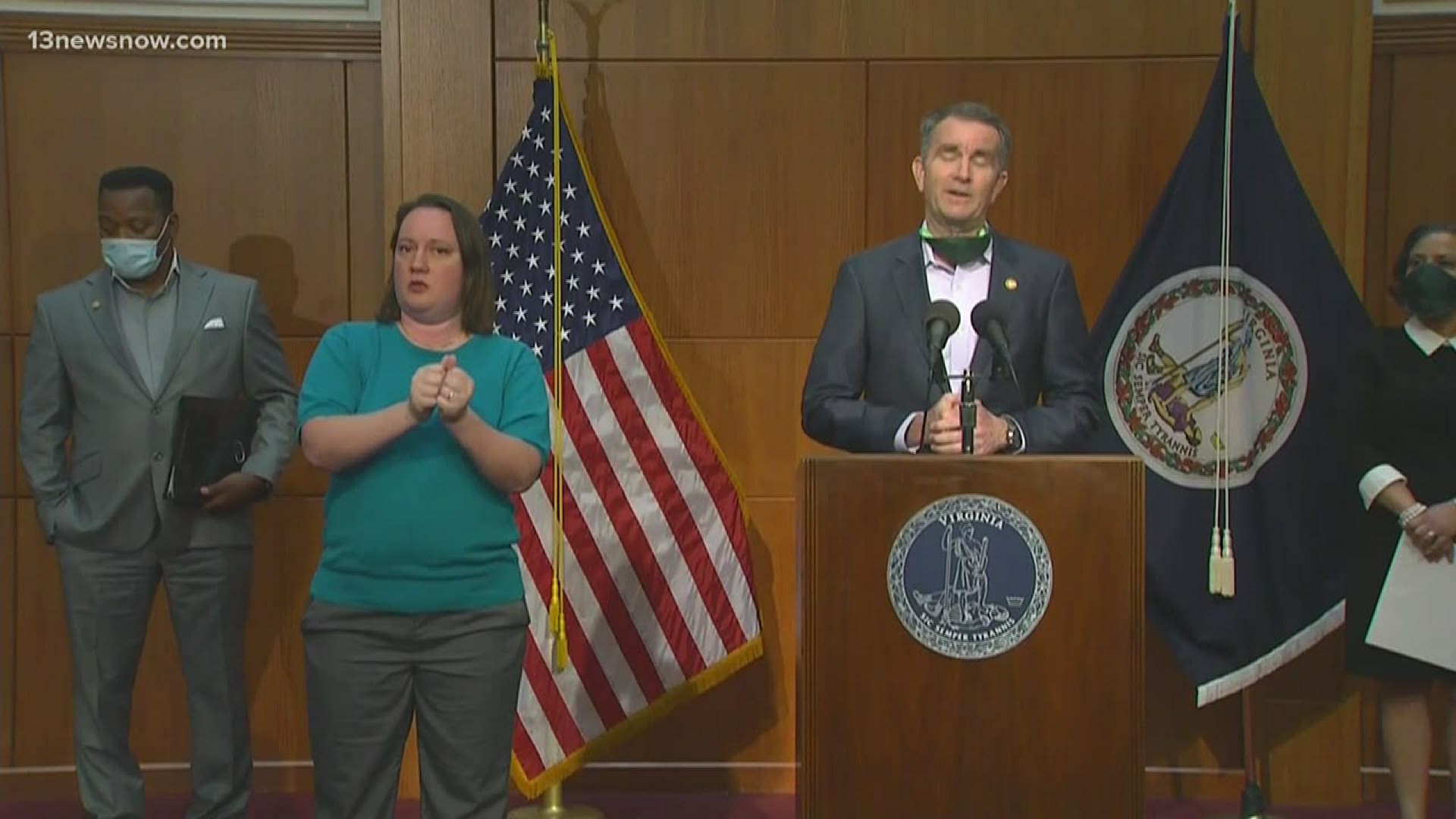 RICHMOND, Va. — Governor Ralph Northam addressed the statewide and nationwide protests in the wake of the deaths of Ahmaud Arbery, Breonna Taylor and George Floyd.

Thousands have taken to the streets throughout the past week to express their outrage against police brutality. This comes after a video surfaced showing former Minneapolis police officer Derek Chauvin pinning his knee on George Floyd's neck for nine minutes. Floyd died in police custody.

Some of these protests have escalated into violent clashes, with some people looting and setting fires to businesses, and destroying property.

Calls for swift justice and action made it to Virginia in recent days with huge demonstrations seen in parts of Hampton Roads and Richmond.

Northam discussed the rallies Tuesday afternoon during a press briefing in Richmond.

"I hear you, I'm here to work with you so that together we can help build a place where no one fears for their life because of the color of their skin," Northam said to protesters.

In a direct message to Black Virginians, Northam said, "I cannot know the depth of your pain, but what I can do is stand with you."

The governor nodded to actions state lawmakers have taken to address racial inequity and bridge gaps within the state's healthcare and criminal system. He says state leaders have taken fervent action to expand Medicaid so more people of color have healthcare coverage and fund doula programs and at-home visits for new mothers.

One of the more high-interest reforms state leaders have taken on is marijuana decriminalization. There is a disproportionate number of African-Americans who are criminally charged and convicted for marijuana possession every year.

The governor said that state officials are working on new ways to move the needle forward in Virginia and address more racial disparities in the Commonwealth.

He pointed to four specific actions:

RELATED: Protesters march onto I-264 in Norfolk, others break curfew in Virginia Beach