The allegation involves an unsubstantiated claim of sexual assault against Fairfax during the Democratic National Convention in 2004. 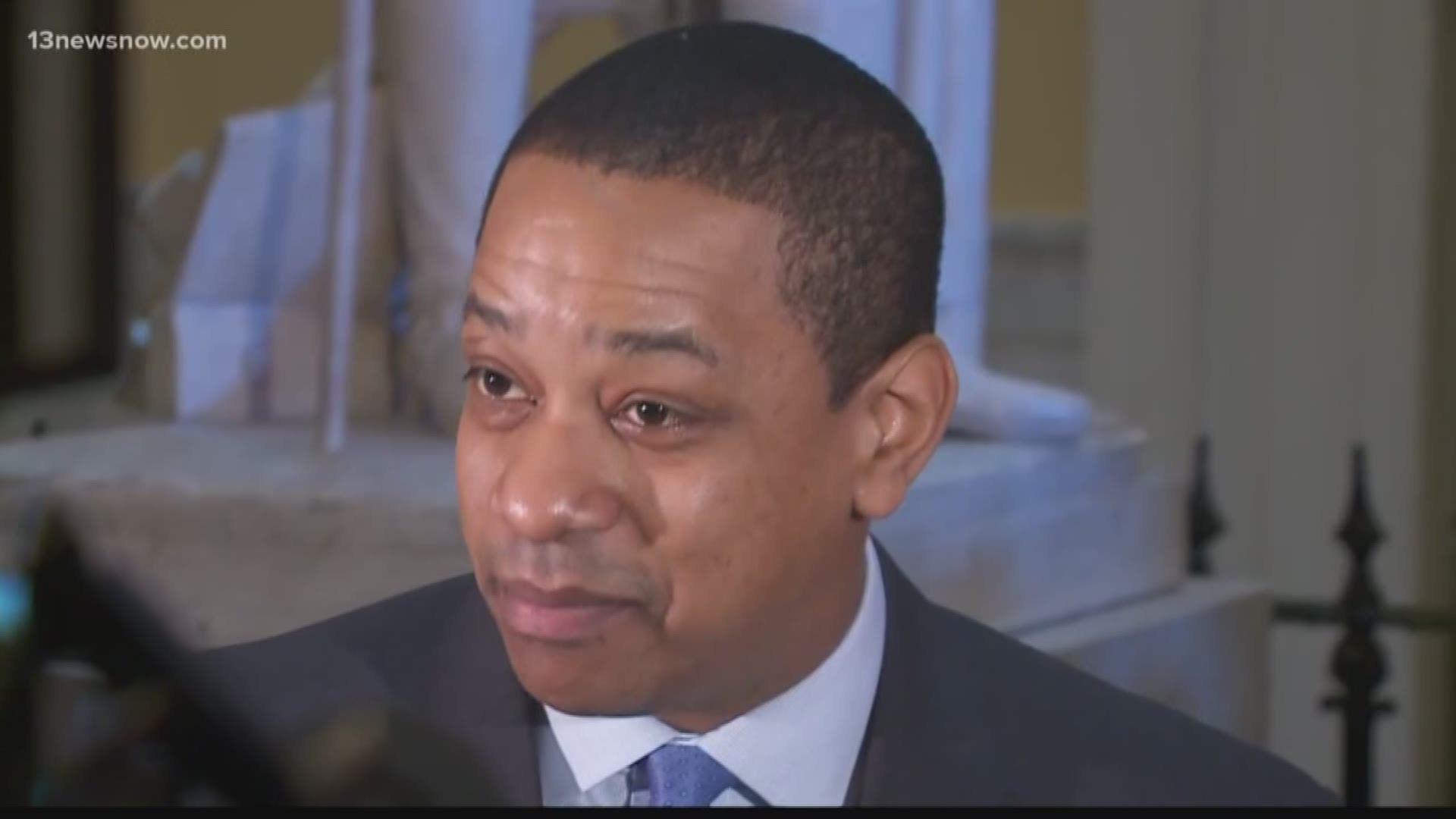 RICHMOND, Va. — As Virginia Governor Ralph Northam faces increasing pressure to resign over a racist photograph from his 1984 medical school yearbook, the man who would take his place -- Lt. Governor Justin Fairfax -- is responding to accusations of his own.

The allegation involves an unsubstantiated claim of sexual assault against Fairfax during the Democratic National Convention in 2004. The claim was posted Sunday night on the same website that first published the racist photo from Gov. Northam's yearbook.

Fairfax told reporters Monday that the 2004 encounter with a woman was consensual and he called the accusation of misconduct "a smear."

The Washington Post, as well as our sister station WUSA9 in Washington D.C., have known about the claim for months, but were not able to corroborate the allegations.

“Lt. Governor Fairfax has an outstanding and well-earned reputation for treating people with dignity and respect,” read the statement released on Twitter.

“He has never assaulted anyone – ever – in any way, shape or form.”

"This is part of the sad and dark politics that the Lt. Governor has dedicated himself to helping Virginia and the nation rise above," the overnight statement read.

"The Lt. Governor will take appropriate legal action against those attempting to spread this defamatory and false allegation."

WUSA9 is refraining from publishing further details of the claim, as key elements have not been able to be verified. Broad outlines of the claim are only being published after Fairfax's office released an official statement now in public view.

The Washington Post said Monday that it was approached by the woman in 2017, carefully investigated, but never published the accusation.

The Post said the woman had not told anyone about it, the account could not be corroborated, Fairfax denied it and the Post was unable to find other allegations against him.

The development unfolded hours before Northam is scheduled to hold a meeting with top staff members in Richmond, when a possible resignation will be discussed.

Five officials with direct knowledge of the continuing deliberations said state lawmakers will hold off on removing Northam through untested mechanisms in Virginia's constitution, in order to avoid escalating tensions.

Thirty-nine-year-old Justin Fairfax could become Virginia's second African-American governor is Gov. Northam steps aside. The first was Douglas Wilder, who served from 1990 to 1994.

Fairfax is best known in Virginia for excusing himself from the Senate chamber during tributes offered to Confederate generals Robert E. Lee and Stonewall Jackson on the state's Lee-Jackson Day.

WUSA9 in Washington D.C. and The Associated Press contributed to this report.