Gov. Ralph Northam met with staff members and Virginia Lt. Governor Justin Fairfax. The meeting comes in the midst of calls for Northam to resign after a racist photo on his yearbook page surfaced. 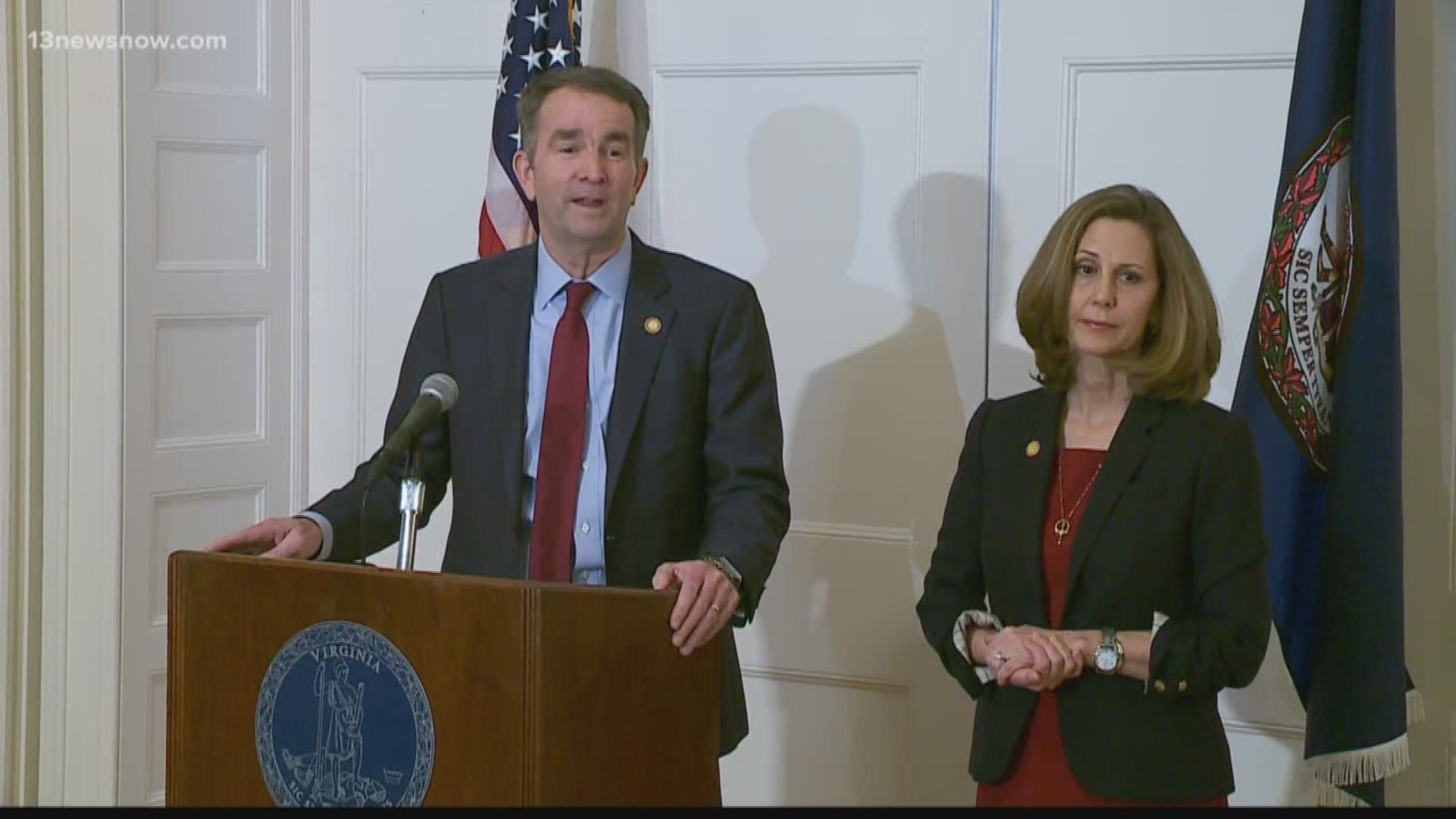 The meeting took place in the midst of the controversy surrounding a racist picture that appeared on Northam's Eastern Virginia Medical School yearbook page.

On Friday, Northam acknowledged he was in the photo which featured one person in blackface and another person in a Ku Klux Klan robe and hood. Northam apologized through a written statement and through a tweeted video.

Then, Saturday, Northam held a news conference and said he wasn't one of the people in the yearbook picture from 1984. He did say that he appeared in blackface that same year after he graduated from EVMS. Northam told people he dressed up as pop icon Michael Jackson while he was in San Antonio, Texas.

Northam gave no indication that he planned to resign as governor, even though many people called for the Democrat to step down.

The purpose of the meeting in Richmond Sunday night was not made public.