Mamye BaCote and Bob Bloxom both made a unique mark on the community during their time in leadership. 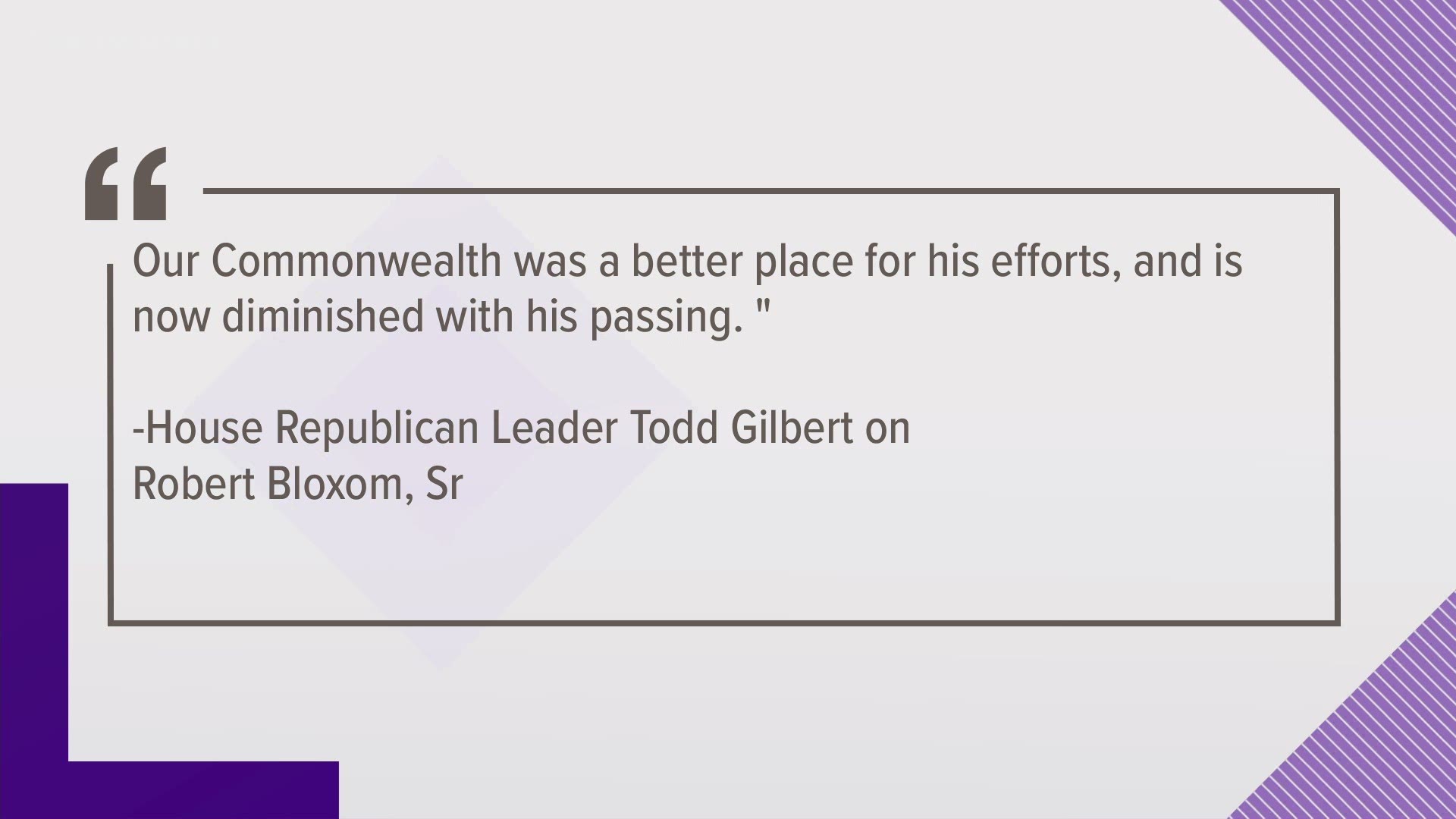 Both individuals made a unique mark on the community during their time in leadership.

Former Delegate Mamye BaCote died Monday at 81 years old. She represented Newport News in the House of Delegates from 2003 until 2015. Before that, she served seven years on the Newport News City Council.

"Mamye was a legislative giant who fought to make our Commonwealth better," Northam said. "She was an educator first, and made it her mission to expand access to a world-class education for all students -- no matter their zip code."

House Republican leader Todd Gilbert called Bloxom a "remarkable man," saying, "Our Commonwealth was a better place for his efforts, and is now diminished with his passing."