Kevin Lembke became Busch Gardens Williamsburg park president in 2018, before leaving earlier this year. He has now returned to his old position. 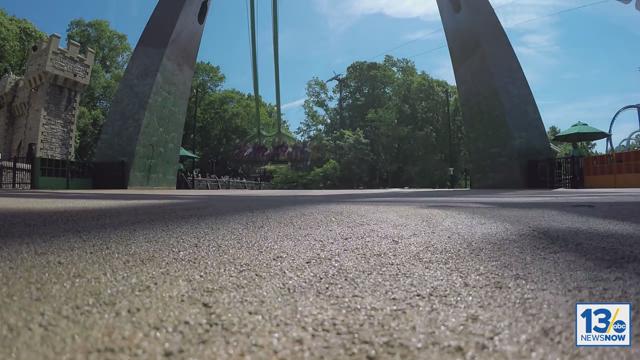 WILLIAMSBURG, Va. — Busch Gardens and Water Country USA are bringing a familiar face to the leadership of the parks.

The parks recently announced Kevin Lembke would be returning as president, according to a news release from Seaworld Entertainment.

“We’re thrilled to welcome Kevin back to the Busch Gardens Williamsburg family as he brings a rare mix of historical knowledge with a forward-looking vision that is sure to have a positive impact for our team and guests,” said Marc Swanson, interim CEO for SeaWorld Entertainment.

Lembke started working with SeaWorld Orlando in 2000 in the merchandise department. During his time, he held leadership positions on the park’s operations team and was named vice president of merchandise at Busch Gardens in 2013.

Lembke's absence from the parks was brief; The Daily Press reports he originally stepped down from the position over summer.

“I’m thrilled to reunite with the talented and dedicated team at Busch Gardens and Water Country USA,” Lembke said. “We have the right strategies in place to execute on the tremendous potential of our parks, as we continue to increase the value of the business while delivering an exceptional guest experience. I look forward to being back in the parks interacting with our guests and team.”