Nineteen of the subs have been built since 2004 by Newport News Shipbuilding and General Dynamics Electric Boat. 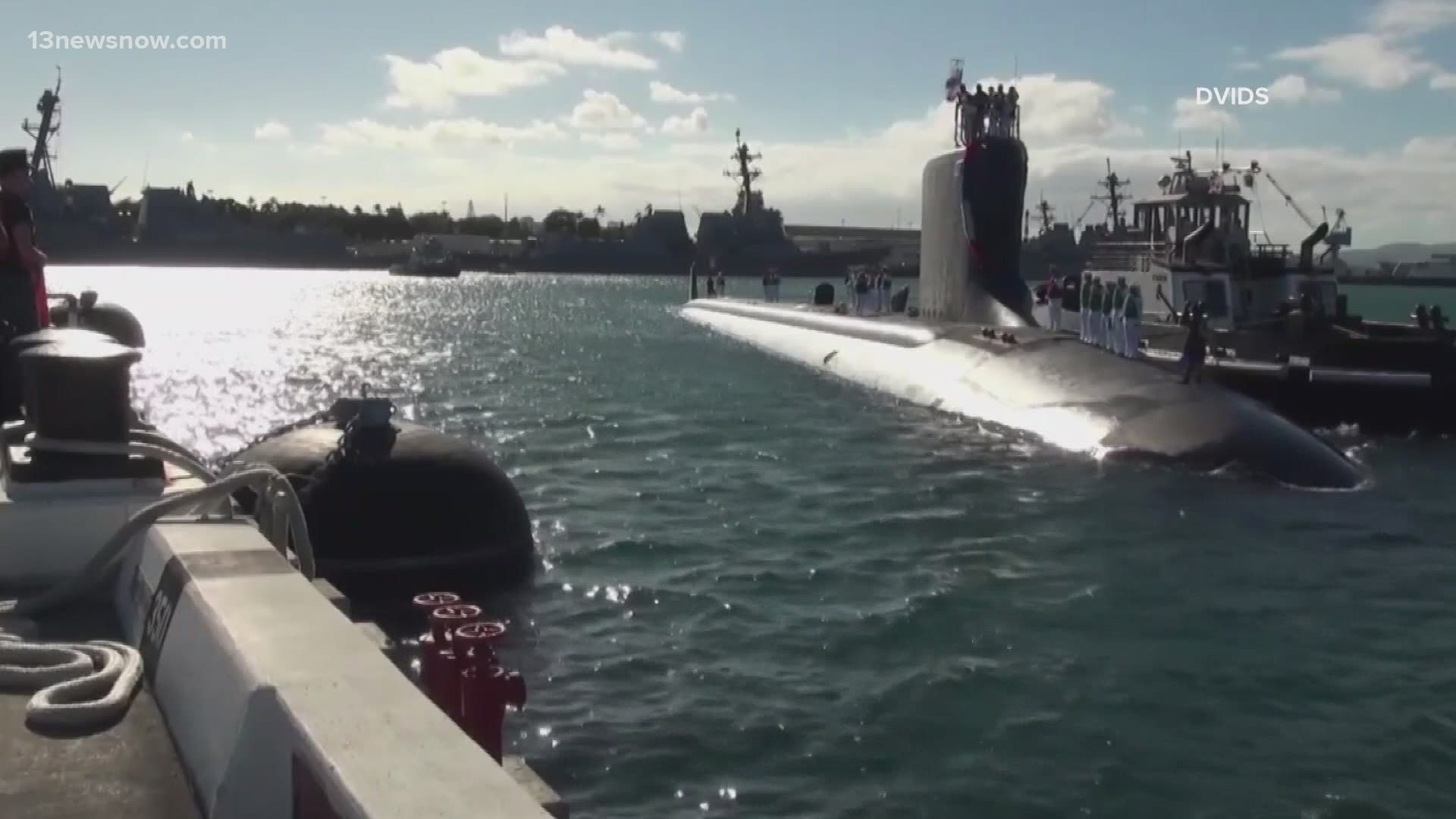 How the debate is resolved could have an impact on business operations at Hampton Roads' largest private employer and its more than 25,000 workers.

Under a special partnering arrangement between Newport News Shipbuilding and General Dynamics Electric Boat in Groton, Connecticut, 19 Virginia Class submarines have been completed since 2004, with 66 planned through 2043.

But now, a big dollar discrepancy on Capitol Hill is raising concerns.

The House version of the National Defense Authorization Act provides $6.8 billion to fully fund two Virginia Class subs in 2021. But, the Senate version only comes through with $4.7 billion.

Sen. Tim Kaine (D-Virginia), a member of the Senate Armed Services Committee, is confident things will be ironed out.

"I want to get this worked out right, but, if for some reason it isn't, I wouldn't be overly worried about this program, because those assets are just virtually the most valued assets that we have," he said.

But Rep. Rob Wittman (R-Va., 1st District), who is ranking member of the House Armed Services Seapower and Projection Forces Subcommittee, said it's "unfortunate" that the Senate version of the bill didn't include full funding for the second sub.

Wittman, who has been named as a conferee to negotiate on the differences between the two versions of the NDAA, said: "Attack submarines are our greatest asymmetrical advantage with China and we cannot let it slip. The two-a-year build rate is the minimum pace we must sustain, and I am hopeful this funding will find its way into the final version of the Defense appropriations package."