A retired FBI counter-terrorism supervisor said "time is of the essence." 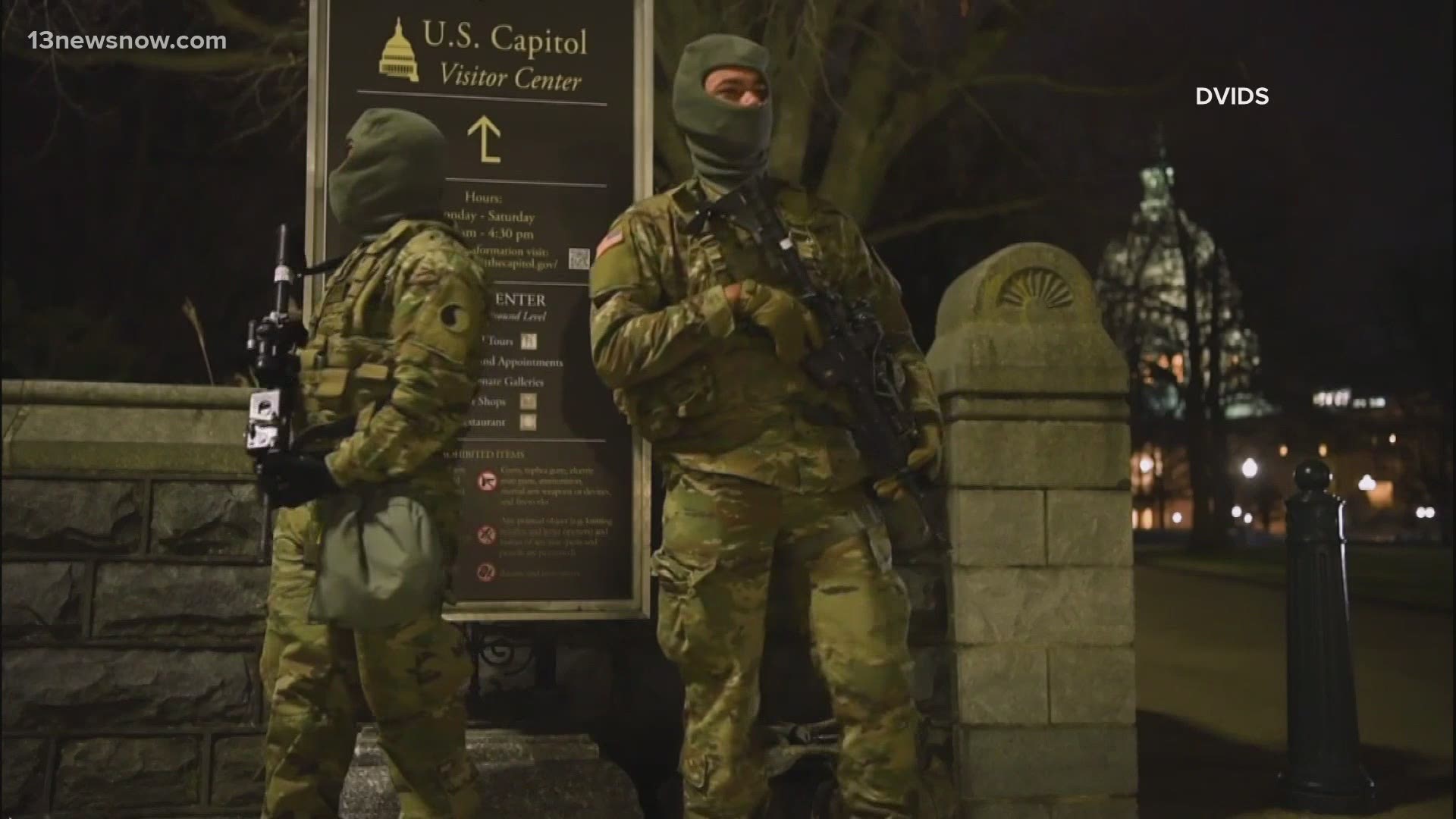 WASHINGTON — The Virginia National Guard has approximately 2,400 personnel on the ground in Washington, DC.

As thousands more National Guard troops from around the country take up their posts in the nation's capitol, some officials have expressed concern.

U.S. defense officials, including Army Secretary Ryan McCarthy, have warned National Guard commanders to be on the lookout for any potential inside threats from servicemembers involved in securing President-elect Joe Biden's inauguration.

During the deadly Jan. 6 pro-Trump insurrection at the US Capitol, there were at least some former military members among the rioters, including a retired Air Force Lieutenant Colonel and a retied Navy SEAL Senior Chief.

So now, the FBI must vet all of the 25,000 National Guard troops coming into Washington for the event.

Steve Foster, a retired FBI counter-terrorism supervisor, weighed in on the efforts.

"Time is of the essence to verify that potential for any member of the National Guard who might have sympathies or affiliations to any right-wing militia groups," Foster said. "I'm sure the FBI is working with its task force partners to review multiple government databases, public databases, to run names of National Guard members against various data that might be in those various databases, to determine those connections."

Foster said the presence of military veterans among the Jan. 6 mob was alarming.

"I think it's very concerning when you have prior members of the military or law enforcement for that matter who are joining in this action," he said. "They are leaders. People look to leaders and that's who they're going to follow. So, if leaders are tainted in any way, that's disturbing."

The Acting Secretary of Defense, Christopher Miller, said Monday that such vetting is routine.

He gave this statement to 13News Now:

"While we have no intelligence indicating an insider threat, we are leaving no stone unturned in securing the Capitol. The D.C. National Guard is also providing additional training to servicemembers as they arrive in D.C., that if they see or hear something that is not appropriate, they should report it to their chain of command."