The terrorist bombing in Yemen happened on October 12, 2000, killing 17 sailors and injuring 39 others. 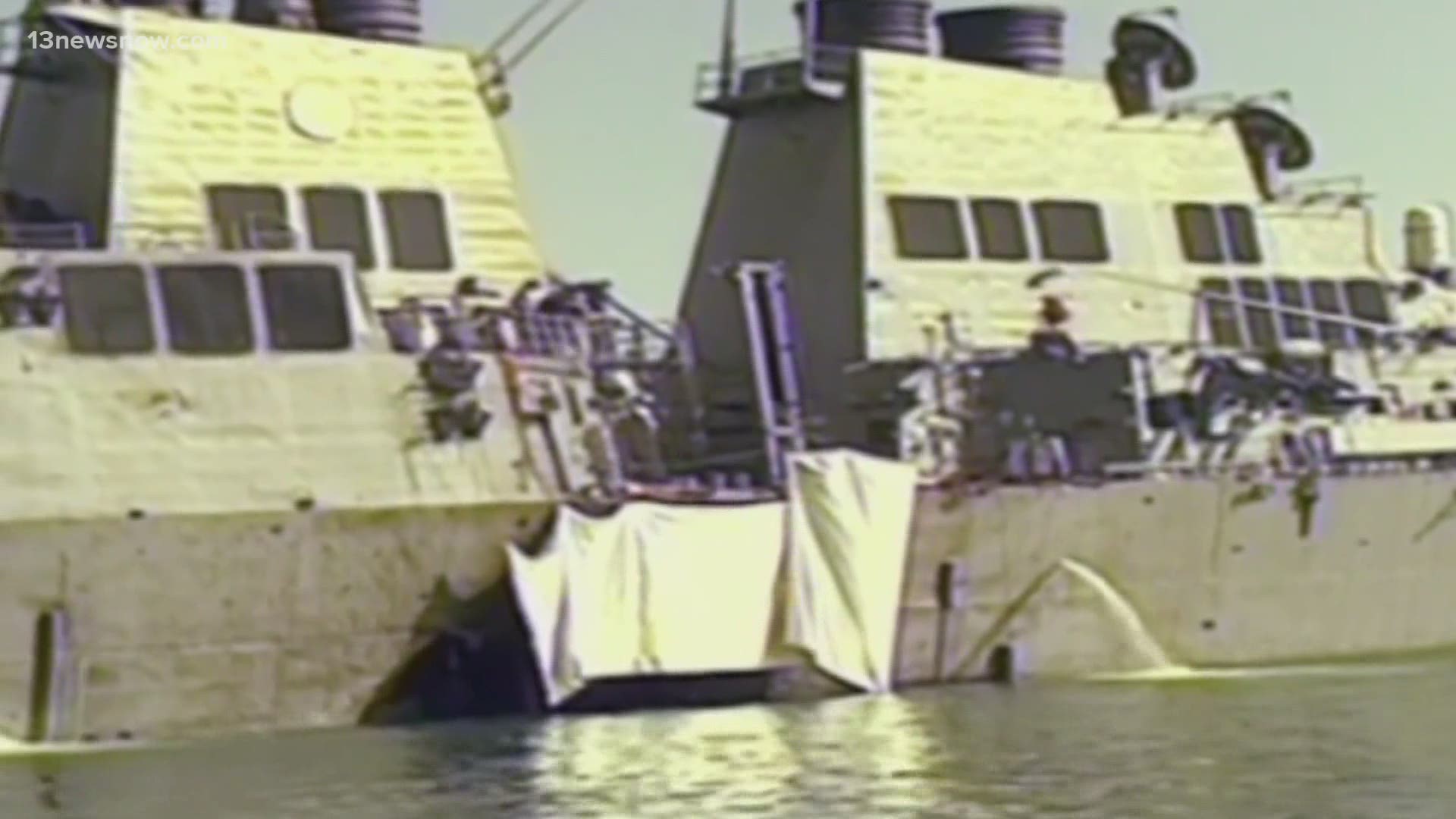 Seventeen sailors died, while 39 others were hurt.

However, the painful lessons learned that day are making for a safer Navy for the 330,000+ sailors of today.

"We were not being vigilant," said retired Navy captain Joe Bouchard. "We let our guard down. The Navy and all the services were in the post-Cold War lull."

In short, Bouchard suggested, we as a country simply didn't know what we didn't know. Eleven months before 9/11, most Americans had never heard of al Qaida or Osama bin Laden.

"So, we were not really prepared for the kind of attack that happened to the Cole," said Bouchard, who, at the time, was commanding officer of the Cole's homeport, Naval Station Norfolk.

In the Port of Aden, Yemen, suicide bombers pulled up alongside the guided-missile destroyer as it refueled, and blew a 40 by 40-foot hole in the side of the ship.

The surviving sailors fought for the next 96 hours to save the ship.

Since then, the Cole has been repaired and has deployed multiple times, and the Navy implemented a host of new procedures, including modernized damage control, anti-terrorism, and first aid training.

Bouchard says the Navy is smarter today when it comes to how it does business.

"Much smarter," he said. "In the aftermath of the attack, the intelligence agencies, DoD, and the services significantly increased their counter-terrorism and force protection efforts."

Bouchard added: "Extensive counter-terrorism assessments are done and provided to the fleet and the force protection standards that ships and any deployable unit has to meet are much more stringent than they were then. The guidance is much more clear."

The Navy is planning a 20th anniversary memorial ceremony, Monday, October 12 at 10:30 a.m., to take place at Pier 12 at Naval Station Norfolk, with the Cole tied up at the pier.