U.S Representative Elaine Luria of Virginia Beach and more than two dozen other members of Congress sent a letter to Secretary of Defense Mark Esper. 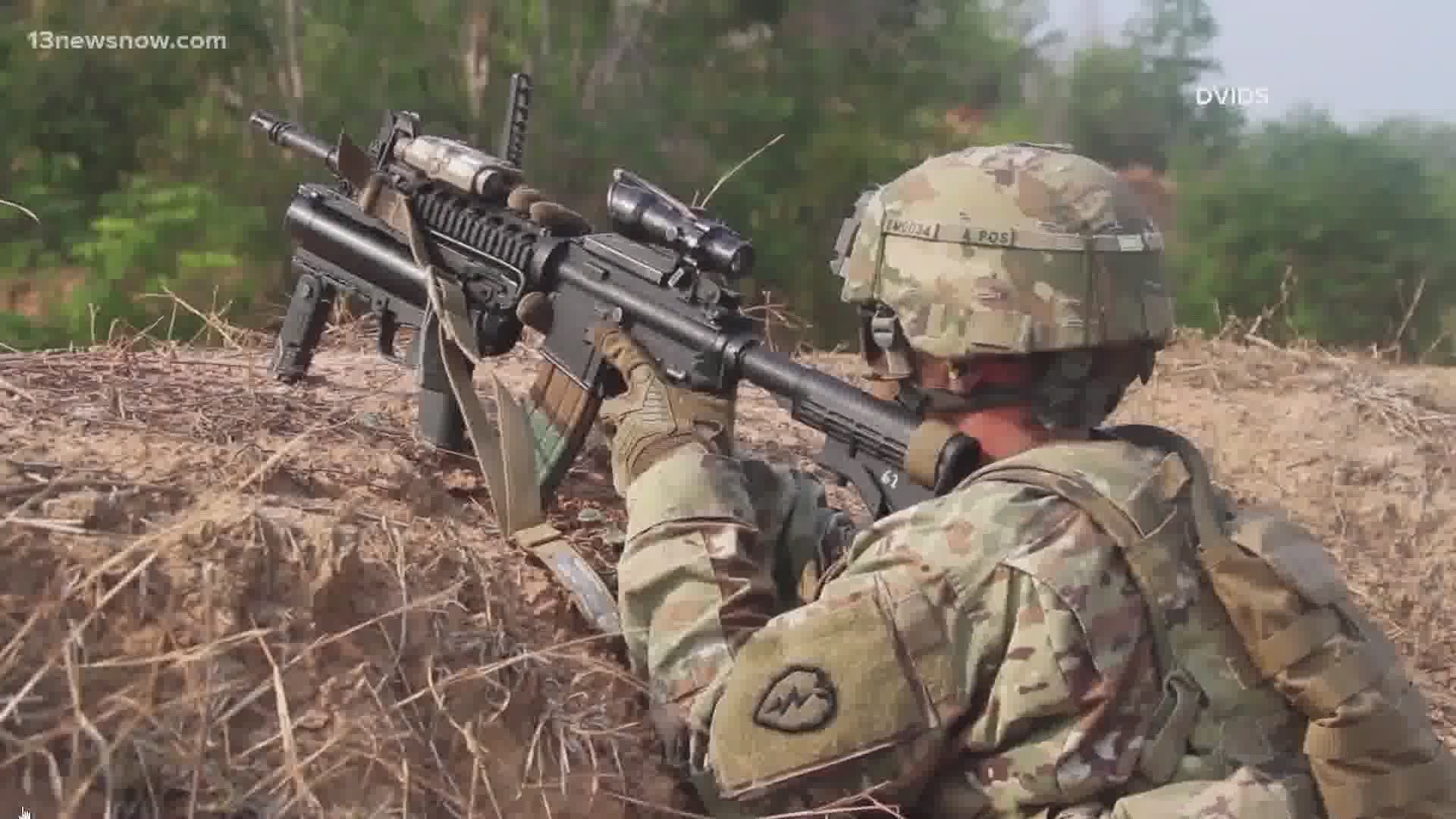 WASHINGTON — More than two dozen members of the U.S. Congress want the Department of Defense to clarify and review the policy concerning active duty military personnel and prohibited activities.

They sent a letter to Secretary of Defense Mark Esper. In it, they said they particularly were interested in activities related to extremist and White supremacist ideology. The congressional members believed recent events raised concerns that current policies weren't sufficient and weren't enforced properly. Because of that, they told Esper that service members and the American people, as a whole, were at risk.

Among those who signed the letter was Congresswoman Elaine Luria of Virginia Beach.

In an interview with 13News Now, the Democrat said, "The fact that there's such a spike in this type of activity is incredibly alarming. And, you know, I think we need to ensure there's consistency across the services about how these types of incidents are handled."

Their letter comes in the wake of a Military Times survey earlier this year which showed that 36 percent of more than 16,00 respondents said they have seen evidence of White supremacist and racist ideologies in the military. That was a 14 percent increase over the results of a similar survey a year earlier.

Additionally, the letter arrives a month after the Justice Department charged 22-year old Army private Ethan Melzer with sending classified U.S. military information to members of a neo-Nazi group in an attempt to facilitate a "mass casualty" attack on his own  Army unit.

In their letter, Luria and the others wrote:

We, like many Americans, responded with horror to the news that active duty Air Force Staff Sergeant Steven Carrillo was responsible for the recent killing of two law enforcement officers in Northern California and publicly declared his allegiance to the extremist Boogaloo movement by scrawling a phrase in blood on top of a stolen car. We are equally disturbed that just days ago U.S. Army Private Ethan Melzer was charged with sharing classified information to a neo-Nazi group. Such incidents, sadly, are just among the latest instances of an active duty servicemember demonstrating allegiance to or participation in an extremist or white supremacist organization.

The congressional members referenced a House Armed Services Committee, Military Personnel Subcommittee hearing on White supremacy in their letter. They told Esper that Robert Grabosky, Deputy Director at the U.S. Air Force Office of Special Investigations (OSI), testified that Air Force policy does not prohibit membership in a White supremacist organization. Instead, OSI only investigates “active participation”, such as fundraising for a White supremacist organization.

Grabosky also testified that an Air Force service member who was found to be fundraising for such an organization only received nonjudicial punishment and remains in the military, where, presumably, this individual continues to receive warfighting training.

The congressional members stated that "a lax, unenforced, policy towards individuals that participate in extremist and white supremacist organizations is deeply concerning, especially as Air Force Staff Sergeant Carrillo is charged with the murder of law enforcement officers in Northern California."

They wanted Esper to address nine items and providing answers to them: