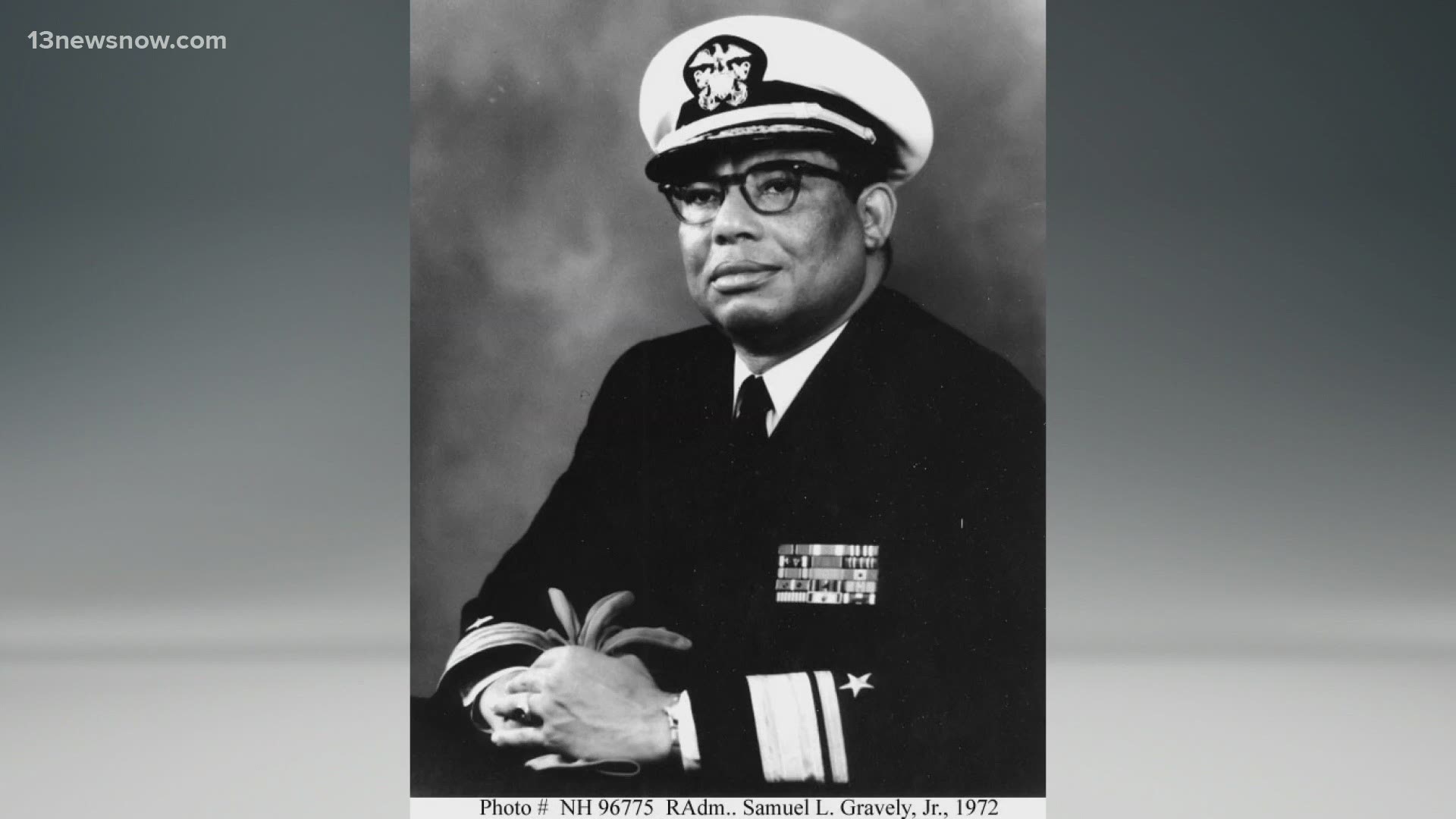 Fifty years ago Tuesday, Samuel Lee Gravely, Jr., a former seaman apprentice out of Richmond who had already been the Navy's first Black commander and captain, became its first Black rear admiral.

It may be hard to believe, but it took until that day -- June 2, 1971 -- 25 years after President Harry S. Truman signed executive orders desegregating the armed forces.

Commander Corey Odom, like Gravely, was also a former enlisted man who has risen through the ranks. He now commands the Guided Missile Destroyer USS Gravely (DDG-107).

"I took a very similar path he took," he said. "And with the ship's motto being, 'The First To Conquest,' which is named after a lot of major milestones that he was able to achieve. And, me being the first Black  American to command the ship named after him, I think is kind of special."

Lieutenant Junior Grade Connor Partlow did not hesitate when asked if he is inspired by Gravely.

"Yes, inspired by his accomplishments, but then, also, inspired by the toolbox he's given us as a leader on Gravely, there's so much knowledge that he passed that we have from his career," he said.

Gravely, who went on to become a vice admiral, died in 2004 at age 82. He is buried with more than 400,000 of the nation's greatest heroes at Arlington National Cemetery.

A true American tale if there ever was one.

The Navy League of Richmond will host a ceremony at the Virginia War Memorial, celebrating Gravely's life, and the 50th anniversary of his promotion to rear admiral.