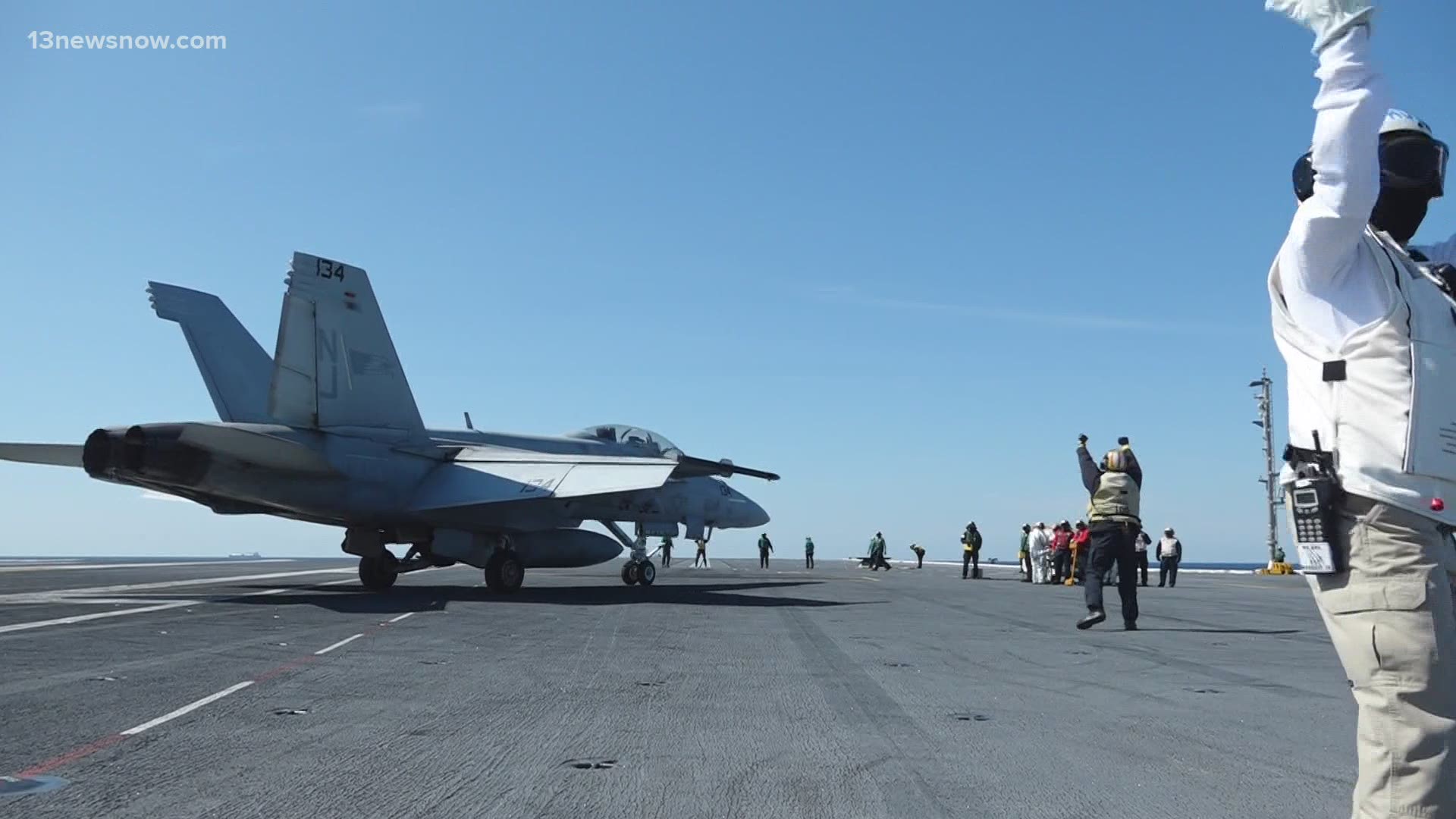 Leaders from Capitol Hill worry military spending could take a hit and its impact could be felt in Hampton Roads.

On Thursday, Rep. Elaine Luria (D, VA-02) released a statement based off of new reports that the number of aircraft carriers in the Navy's fleet could be reduced as a possible solution to a new defense budget:

"Now is not the time to cut defense spending. Our defense budget should grow at 3 to 5 percent above inflation to counter an increasingly threatening China. One cannot place a value on the unparalleled power projection and deterrence provided by our fleet of nuclear-powered aircraft carriers and their embarked air wings. I urge the Biden administration to immediately drop this from consideration."

In an interview with 13News Now, Luria backed her statement, saying, “At a time when we need to grow our fleet, the idea to decommission an aircraft carrier halfway through its lifecycle is preposterous.”

Luria, a 20-year naval veteran, also worries about local impacts to Newport News Shipbuilding with the reduction of the country's carrier force.

“One quarter of all the shipbuilding and repairs in the country happens here in Hampton Roads... part of the workforce is dedicated to refueling aircraft carriers," Rep. Luria said.

"This is the last place where we need to go, reducing the defense budgets," Rep. Wittman told 13News Now on Friday.

He, like Luria, also believes in increasing the defense budget rather than reducing it and sees it as only a temporary solution with long-lasting impacts.

"It doesn’t make good sense. From a business standpoint, look at the investment we made to build," Rep. Wittman said, calling it "short term gain for long term pain."