'It's a unique ship' | The technological differences that will make USS Gerald R. Ford different

The aircraft carrier is continuing its Post Delivery Test and Trials. 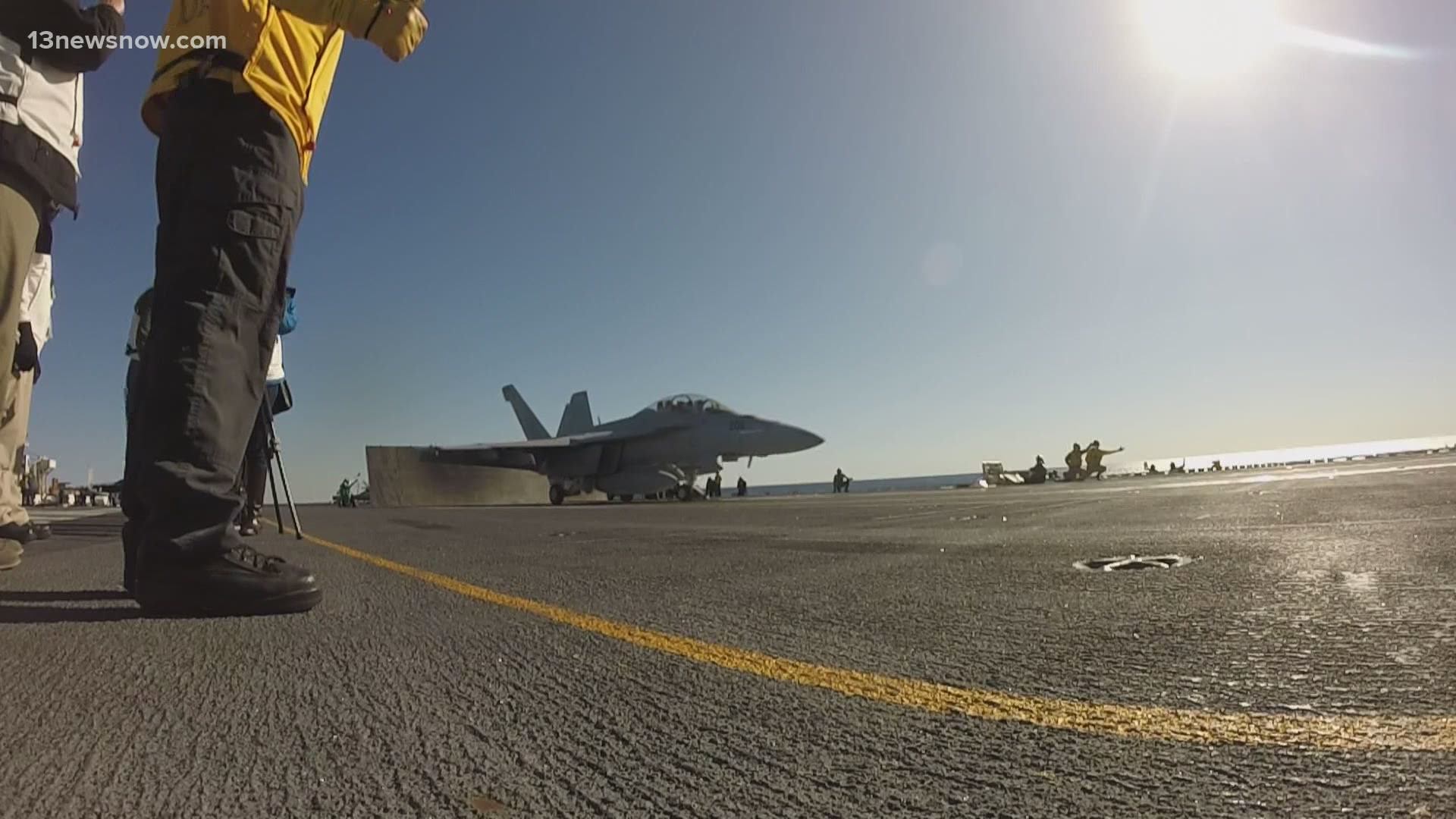 NORFOLK, Va. — The sound of every jet's takeoff aboard USS Gerald R. Ford is the sound of a new path forward the Navy looks to embark on.

After years and billions of dollars worth of investment, the carrier’s commanding leadership says when it’s finally ready for deployment, it will be far different from its predecessors: Nimitz class carriers.

“It's a new development ship, to test and try those systems and technologies," Clapperton said.

Technologically, many differences will be found between the two carrier types.

- Command and Control: Ford's Tactical Flag Command Center is designed with a watch floor in place for the Air Defense Commander that enables increased situational awareness for that warfare commander, and flattens the battlespace when conducting integrated operations.

- Mission Planning Bays: Unlike Nimitz-class ready rooms that have planning cells in each air squadron's ready rooms, Ford-class carriers have a combined mission planning bay that all squadrons utilize, increasing the coordination and awareness of the pilots as they're planning for missions.

- Sea Combat Commander's space is larger on Ford, allowing for more watchstanders which can enable an increased amount of simultaneous operations if required.

“They really like the layout. It’s much more efficient and ergonomic in the design, on this ship than on a Nimitz class," Capt J.J. Cummings said, Commanding Officer for USS Gerald R. Ford

The ship's weapons storage and power capacity are also large changes Capt. Cummings highlighted to media in the embark.

“We have double the size of the Nimitz capacity for cooling, and triple the amount available for power. That’s a good thing on a ship, and provides a lot of flexibility for the future," Capt. Cummings said.

“The ship is intended to do what the Nimitz class carrier can do with less people and less cost per year. Significant reduction in manpower, going to save tens if not hundreds of millions of dollars per year, and a significant increase in electrical capabilities," RADM. Clapperton said.