Director of Elections Walt Latham said his office has been mailing out a letter and a form to each voter once they receive the voter's returned ballot. 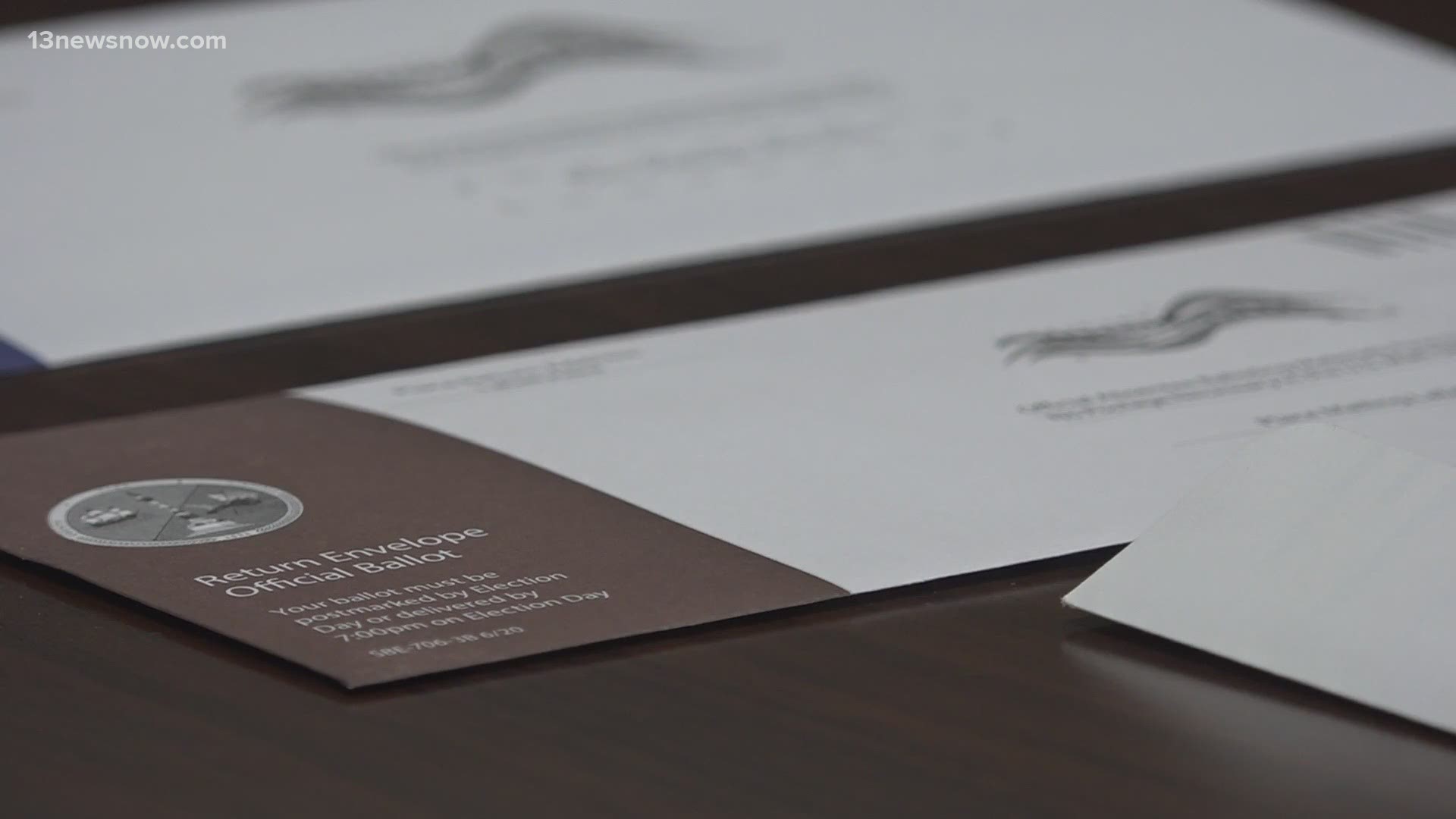 YORK COUNTY, Va. — There was a mix-up at the voter registration office in York County. Hundreds of people sent the wrong absentee ballot paperwork. Now, election officials are working to fix the issue.

Director of Elections and General Registrar for York County Walt Latham said when his office mailed out absentee ballots, they sent about 300 of them out with the wrong Oath envelope.

“We made pre-packaged sets to get ready for this large mailing and they inadvertently got put in the same box,” Latham said. “Not only is the wording different but also the information that's required is different.”

They sent letters explaining what happened, and an affidavit to those who filled out the wrong envelope.

“Part of what we're doing now is looking to see if they sent back the wrong envelope, and if we can see there's an issue, we put them on a list to contact,” Latham said.

A York County woman who didn't want to be identified said her daughter got the wrong envelope and had to mail in the new form. She said in light of all of the confusion as well as COVID-19 restrictions, neither she nor her daughter is surprised. They were glad it was discovered before the election.

“When you have all of this going on especially with the numbers there are going to be little things here and there, but this is something that we needed to resolve,” Latham said.

Latham added his office included a pre-addressed and postage-paid envelope for the return of the form.