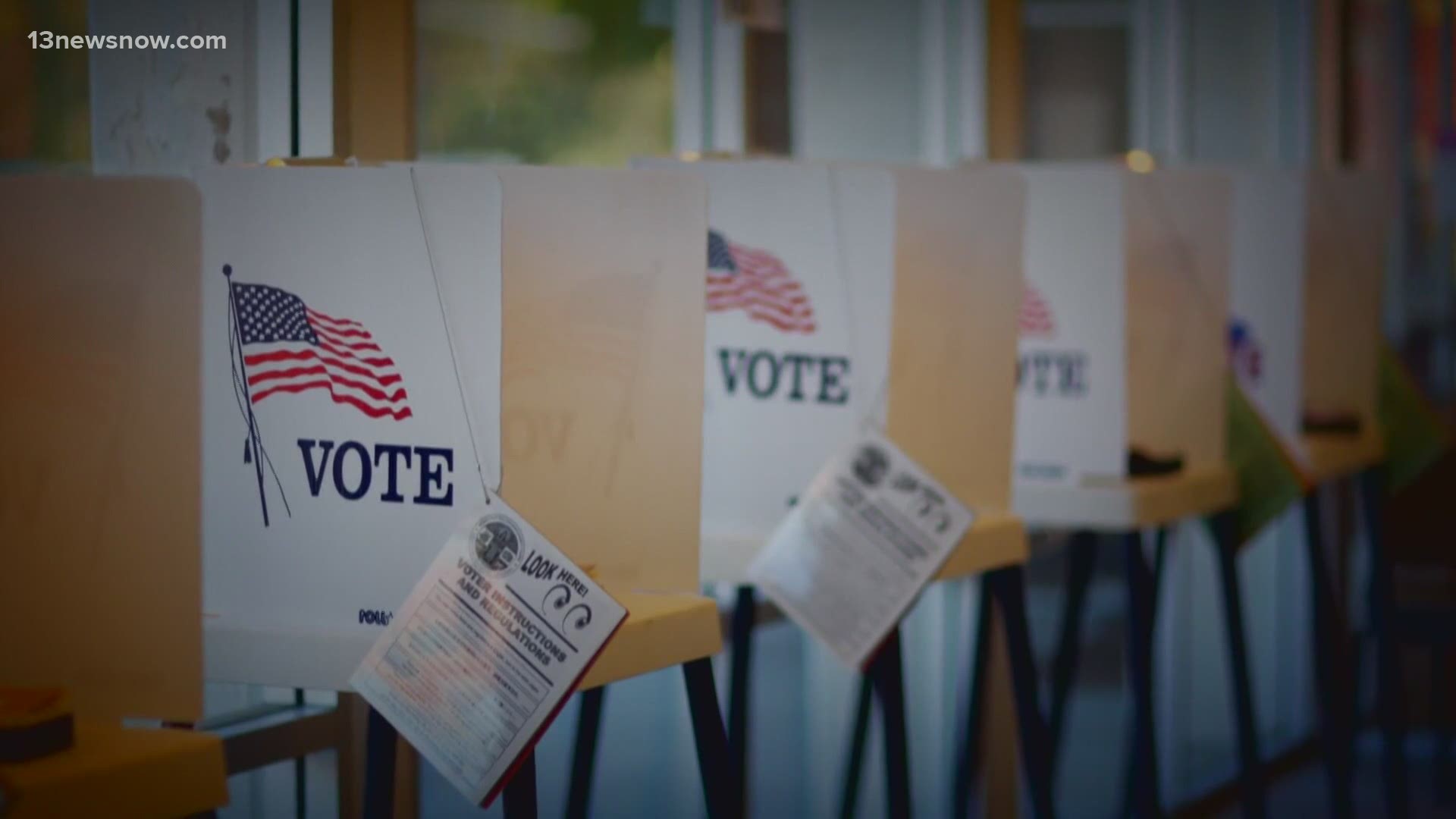 VIRGINIA, USA — Early voting in Virginia started on September 18, and ever since then, the turnout has been heavy, really heavy.

“As far as I can tell, the biggest early voting number we’ve ever had in Virginia was when about 600,000 people voted early in 2016. We’ve far surpassed that this year.”

Data from the Virginia Public Access Project showed that as of Oct. 16, more than 675,521 people already voted in person across Virginia. Another 531,910 have already voted by mail. Mail-in voting thus far is already close to the total number of mail-in votes submitted during the 2016 election, when a total of 538,410 absentee ballots were submitted.

There are still three weeks left to vote.

Kidd said several factors have led to high early voting turnout. One of them is voter enthusiasm, but there’s another key factor behind the high numbers.

“The other reason is the change in Virginia's laws that make early in-person voting and absentee voting much easier than it ever has been,” said Kidd.

From here, Kidd said voter turnout will go one of two ways.

Since Virginia voters don’t register by party, it’s not clear which party has an advantage at this point. Kidd said exit polls will paint a clearer picture.

Kidd anticipates the Commonwealth of Virginia will have results early on election day.

“I think we’ll know the results pretty quickly, because everything seems to be working pretty efficiently up to this point,” said Kidd.