Democrat Terry McAuliffe says such endorsements prove the Republican nominee for governor appeals to "a small group of right-wing extremists." 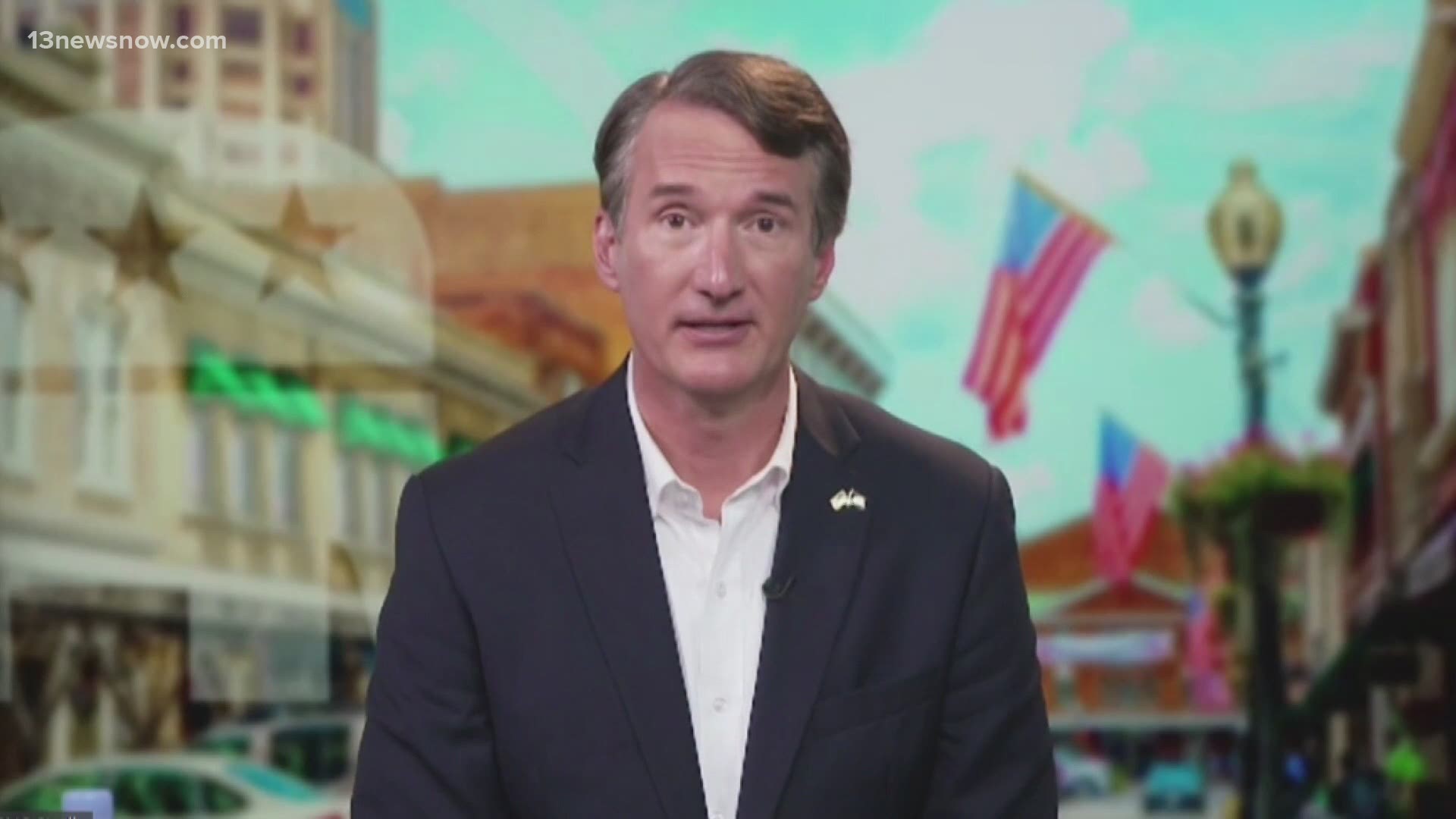 NORFOLK, Va. — Political newcomer Glenn Youngkin has emerged as Virginia Republicans' nominee for governor, in a year when the GOP hopes to end a 12-year losing streak in statewide races.

"We've lost for over 10 years in a row on statewide elections," he said Tuesday. "And I brought a different view to this, which is: how are we going to run a winning campaign?"

Youngkin is a businessman who campaigned as a conservative, Christian outsider. On Monday night, Youngkin was declared the winner of last Saturday's virtual Republican convention.

Then on Tuesday, he won the endorsement of former President Donald J. Trump who, in a release, said, "Glenn is pro-Business, pro-Second Amendment, pro-Veterans, pro-America."

"I'm totally honored and I appreciate it this morning," he said. "And it's reflective of the fact that we've received a lot of endorsements, and those endorsements reflect the Republican Party coming together around an outsider."

Youngkin will face the winner of the June 8 Democratic primary. Former Governor Terry McAuliffe has a commanding lead in that race. He spoke Tuesday about Youngkin's primary win, and about the Trump endorsement.

"You know, he had Ted Cruz the other day, so it's the same playbook for them: small group of right-wing extremists," he said. "I'm about building a big, bold coalition," he said.

"Let's see what kind of campaign Glenn Youngkin wants to run, how Trumpian he wants to be, versus how much he wants to distance himself from the politics of the recent past in Virginia," he said.

The general election will take place on November 2.