The Redskins logo is a sense of pride to the Native American Tribe who created the team logo, the son of the designer says. 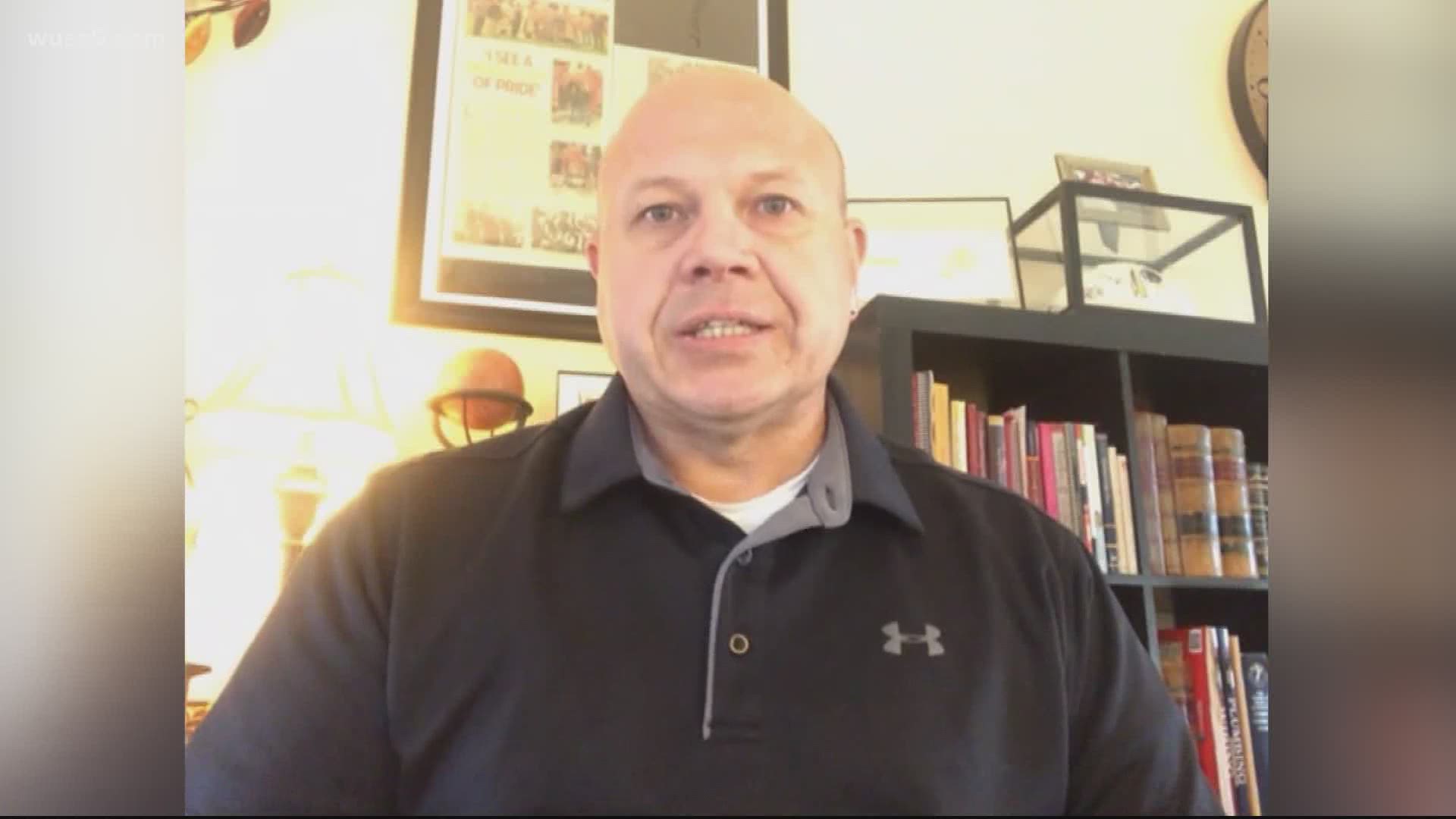 WASHINGTON — Changing Washington's NFL team logo is bittersweet for the family of the man who originally designed it.

The Washington Redskins announced Monday they will retire the Redskins nickname and logo. They have not yet selected a new name.

Washington's logo has been an Indian chief since 1971. It was designed by Native American Walter “Blackie” Wetzel to depict a member of the Blackfeet tribe.

Wetzel grew up on the Blackfeet Reservation in Montana and was eventually elected president of the National Congress of American Indians in Washington, D.C.

He was instrumental in the Redskins franchise logo change from an “R” to the current depiction of a Native American.

Credit: Wetzel family
Walter Wetzel with JFK when he served as president of the National Congress of American Indians.

According to Wetzel's son, Lance, the logo is not offensive, but rather evokes a sense of pride.

"Everyone was pretty upset (about the change)," Lance Wetzel said. "Everyone understood the name change we were all on board with that. Once they weren't going to use the logo, it was hard. It takes away from the Native Americans. When I see that logo, I take pride in it. You look at the depiction of the Redskins logo and it’s of a true Native American. I always felt it was representing my people. That's not gone"

The Redskins logo is a picture of John "Two Guns" White Calf, a Blackfeet Chief who also appears on the Buffalo Nickel.

Washington's NFL team launched a "thorough review" of the Redskins name on July 3, after a new rise in calls to change it due to its offensive nature to Native Americans.

The franchise had used the nickname since 1933.

“The Native Americans were forgotten people. That logo, lets people know these people exist," Wetzel said. "If it were changed and it removed any derogatory feelings toward any person, then I think it’s a win. I don’t want that logo to be associated in a negative way, ever.”

Walter "Blackie" Wetzel was always into sports. Wetzel attended the University of Montana and lettered in three sports: Football, boxing and track.

Over the past few years, the Washington Redskins have brought in Blackfeet tribal hand drum, Blackfeet singers and shared that imagery with the fans.

During the 2018 season, Walter "Blackie" Wetzel was honored by the team during a game against the Houston Texans.

Credit: Wetzel Family
The Wetzel family with Blackfeet Nation tribe members at Fedex Field. Lance Wetzel, the son of the man who helped design the logo, is the second person from the left.

RELATED: A Look Back: When the Washington Bullets became the Wizards

RELATED: The Redtails: A brief history of the better name for our Washington football team