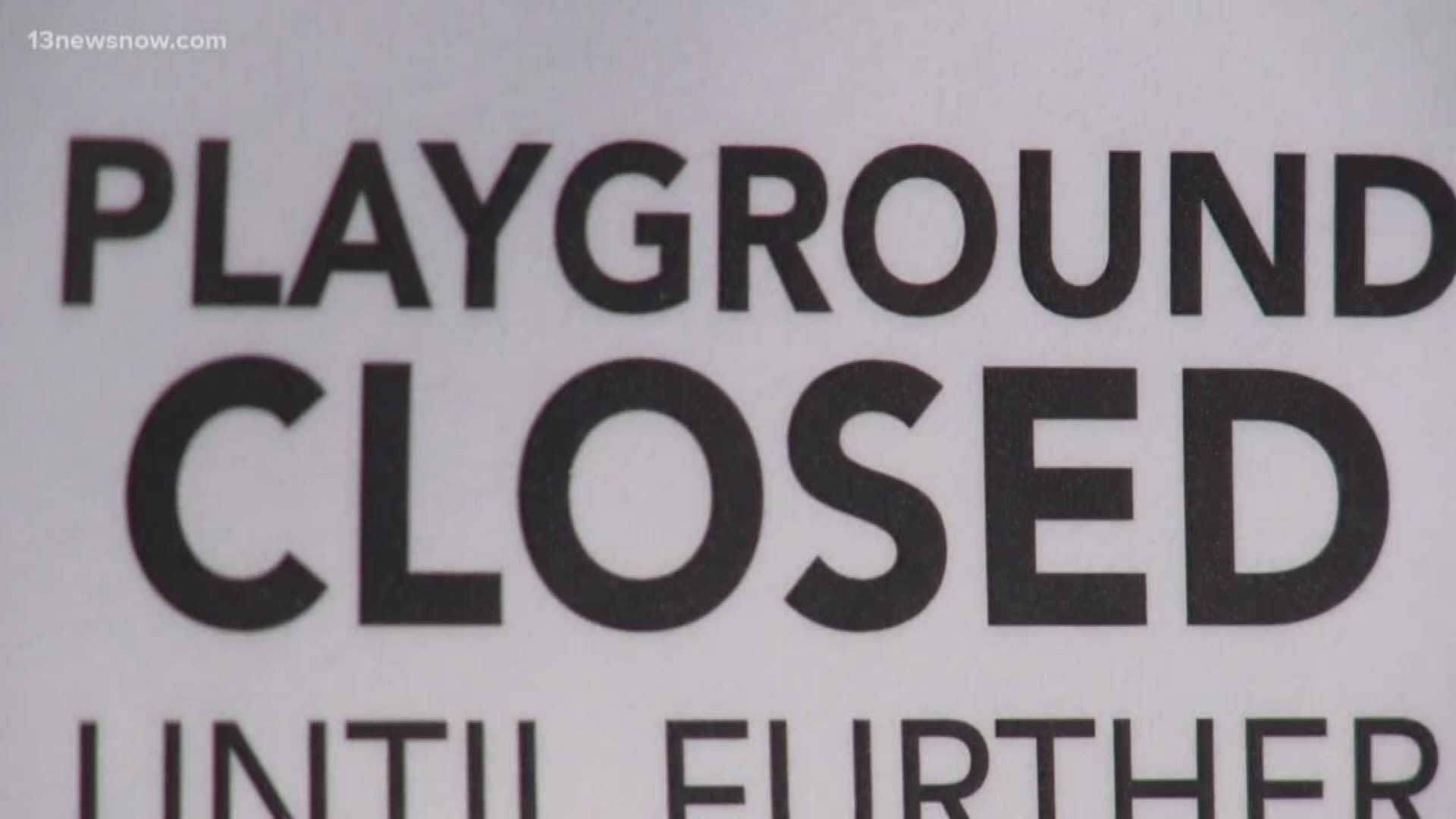 VIRGINIA BEACH, Va. — Kaitlin Groshek is a mother of four and Friday was a special day for her son.

“It’s my son’s birthday today," she said. "He turns 5 today so we were hoping to get outside and enjoy the nice weather and burn off some energy.”

When they arrived at Mount Trashmore, they were in for a surprise.

“Possibly go to the park but we really didn’t look to see if it’s closed,” said Groshek.

Virginia Beach parks are still open. However, as of March 26, 2020, all playgrounds, dog parks, skate parks, basketball, and volleyball courts are closed.

“We were disappointed but we did understand why it was closed,” she said.

As saddening as it was to see the playground gated off, Groshek realized that this is part of the new normal.

“You know with this whole COVID-19 thing, I think it’s important to keep the parks closed because it’s a health issue.”

While the playground was closed, that did not stop them from having a fun day.

The Grosheks did other things around the park. “We were able to scooter around the middle lake they have there. They were able to run up and down the hill still so it was good.”

The best part of going to Mount Trashmore is all the space the park has to offer. Social distancing is easy to do here, but there are some areas that are harder to distance yourself than others.

“There were like, groups of people that maybe were a little bit larger... like on the walkways, it was a little difficult to get around. But overall, I think they were doing alright.” Groshek said.

Parks and Rec staff are encouraging people to maintain six-foot distancing and to avoid gathering in groups of 10 or more.