Virginia Beach police officers said two other vehicles were involved in the wreck along Northampton Boulevard. 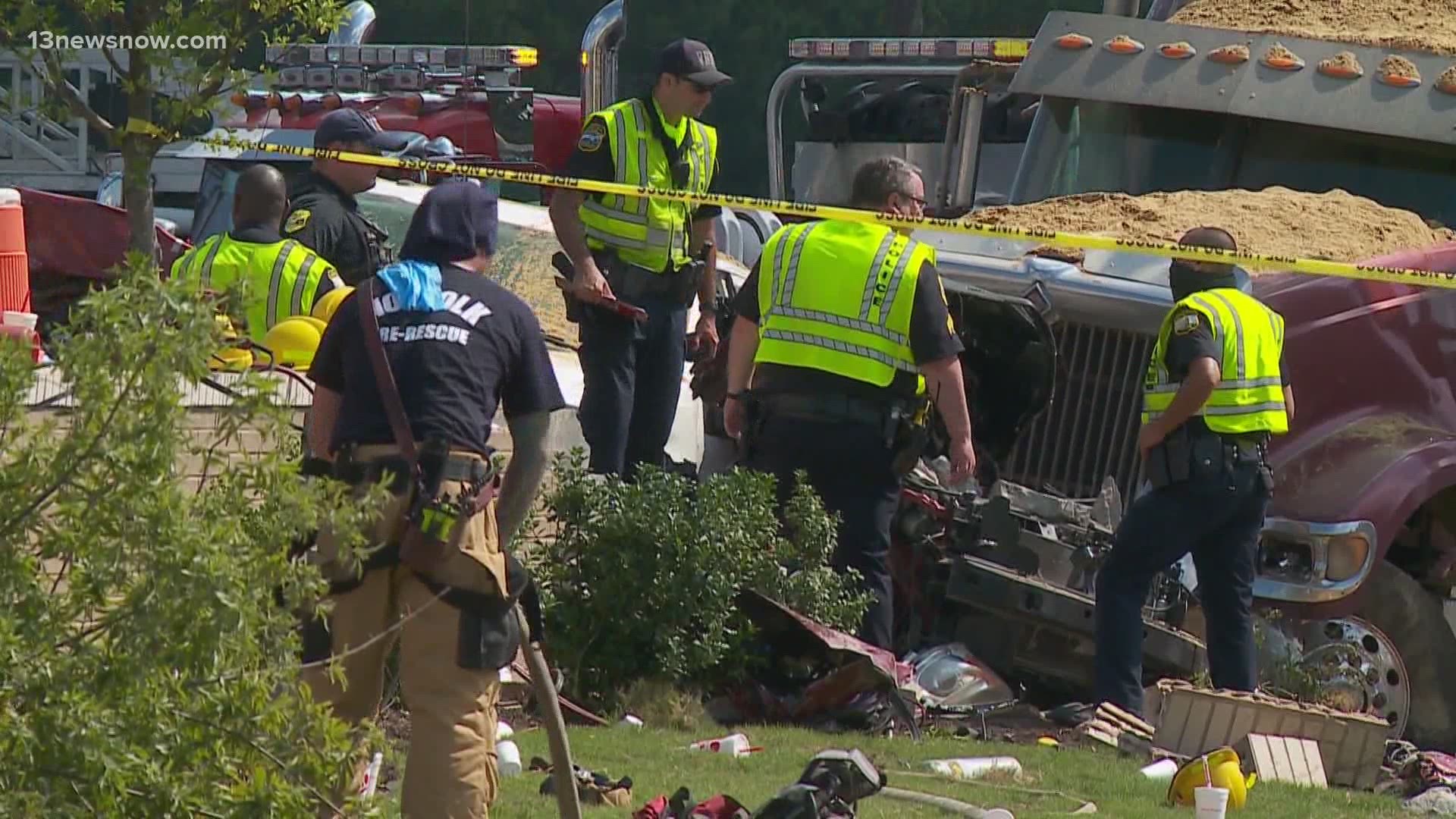 NORFOLK, Va. — A crash involving three vehicles, including a tractor trailer, shut down traffic around the Norfolk Premium Outlets Monday morning. It also sent two people to the hospital with critical injuries.

Norfolk police said the wreck happened around 7:30 a.m. at the intersection of Premium Outlets Northampton boulevards. Crews still were working to clear the scene around 9 a.m.

At that time, the intersection didn't have power. Police asked that drivers try to avoid that area while crews worked to clear things up.

Norfolk police said that the Virginia Beach Police Department would be taking over the investigation.

Master Police Officer Linda Kuehn with VBPD said around 11:45 a.m. that officers expected closures around the area to be in place for several hours.

An onlooker who was on her way to Chick-fil-A at the time of the accident shared what she heard as she was walking up to get food.

“I talked with the semi-truck driver and he said that the white truck had tried to jump lanes and it sent him into a skid because traffic was already backed up in front of him. I don’t know how the other car got entangled into all of it,” said Tanette Mann.